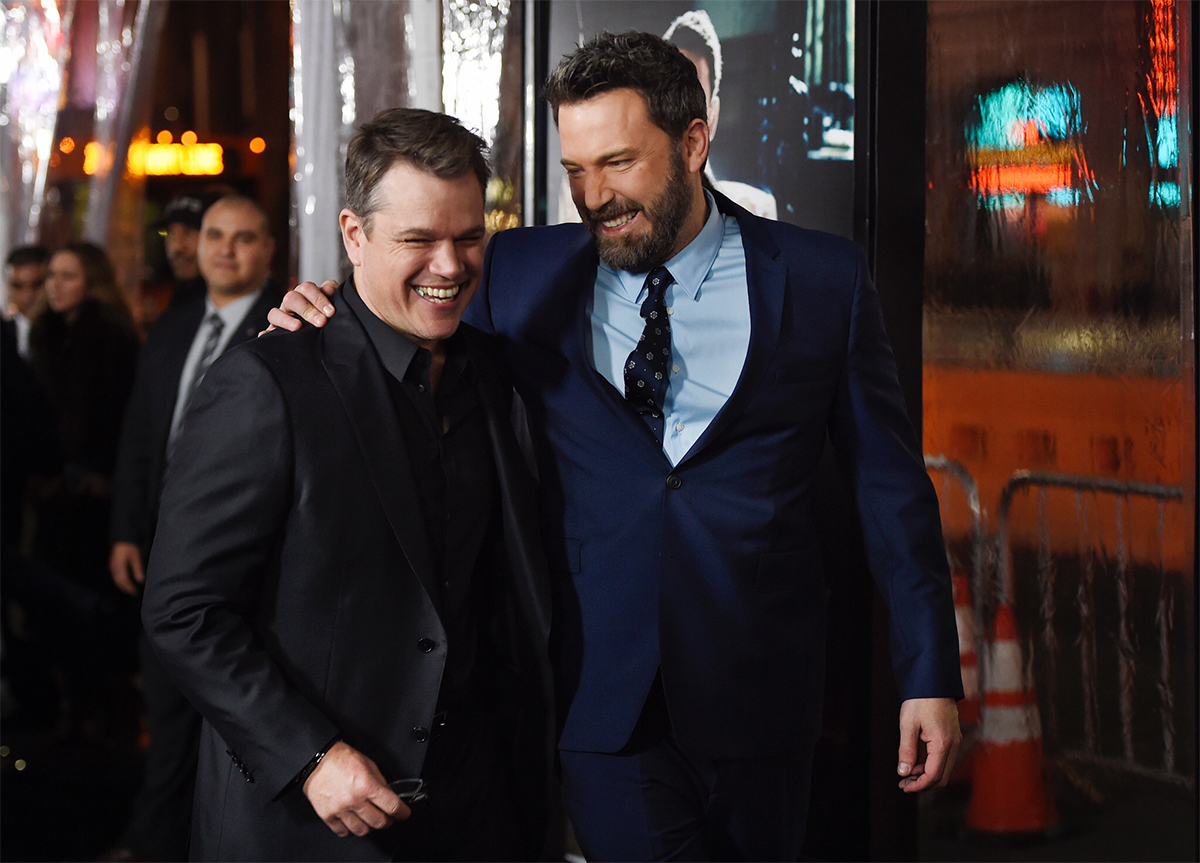 Boston’s favorite Oscar winners are bringing their hometown to the small screen with a new crime drama on Showtime.

Variety reports that Matt Damon and Ben Affleck will executive produce a TV show together to be called City on a Hill. The phrase has often been used to reference Boston, whether in Puritan John Winthrop’s famed Biblical invocation of what the city of Boston could be, or mentioned in a speech delivered by President-Elect John F. Kennedy to the General Court of Massachusetts, where he talked about the challenges ahead for his first term. The name is clearly going to be fairly meaningful, as the premise is based off an original idea from Affleck and Boston Strangler screenwriter Chuck MacLean about an era in Boston history that focused on reducing violence in a city rife with corruption in its highest levels.

The inspiration for the story is the “Boston Miracle,” the phenomenon that occurred in 1996 when a group of black ministers, academics, and Boston police made a deeply effective effort to decrease the rates of gun violence in the city. In a series of talks, these civic leaders would, “Promise an immediate crackdown on every member of the next group that put a body on the ground — and immediate assistance for everyone who wanted help turning their lives around,”according to a ProPublica story about it. The method worked, and the crime rate in the city fell so drastically that other U.S. cities tried to figure out how to replicate the project.

City on a Hill is Affleck and MacLean’s creative iteration of that history, and takes place in a ’90s Boston steeped in corruption and racism, when a black district attorney from Brooklyn comes to the city to try and bring about change. He forms a tenuous partnership with a highly regarded yet corrupt FBI agent. The two of them take on a Charlestown car robbery case that will eventually alter the city’s criminal justice system.

“City on a Hill is a gritty thriller about severe corruption and gangs, the type of series that takes you back and centers around the crime-riddled streets of Boston in the early ’90s,” Jennifer Todd, an executive producer at Pearl Street Films told Variety.

Deadline says that this has been a project in the making for some time, and originally Affleck was set to direct. Instead, he’ll executive produce with Damon and Todd, along with Logan’s James Mangold. The Accountant director Gavin O’Connor will pull double duty as director of the pilot and executive producer. This isn’t the first TV show for Affleck and Damon, as HBO ran their series Project Greenlight for four seasons, and Syfy ran Incorporated for one season.

No word yet on who will star in the show, when it’s set to begin filming. So far, Affleck and Damon do not appear to be acting in the program, though maybe they can find a part for Casey.