Including Boston GreenFest, the annual St. Anthony's Feast in the North End, and more. 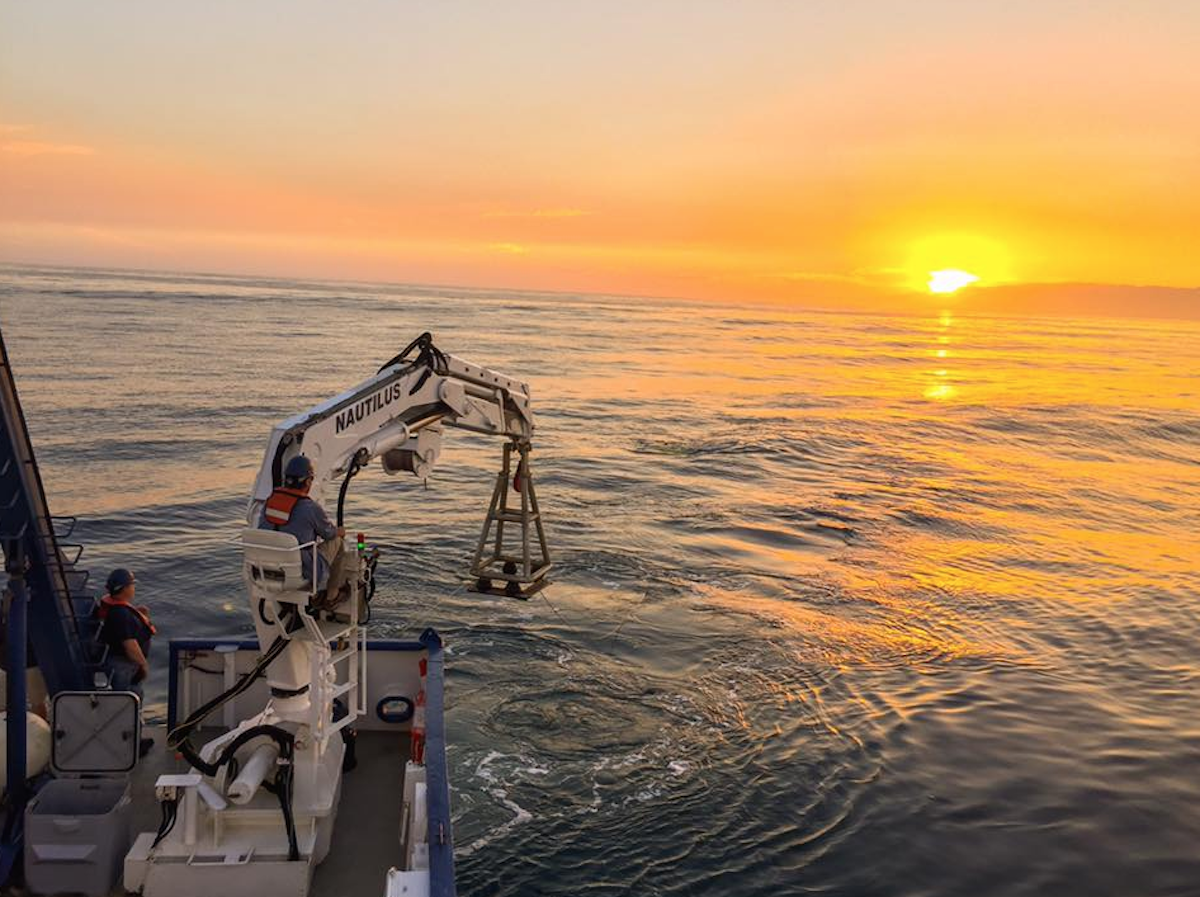 Experience an afternoon of excitement with the Red Sox without even going to Fenway Park. This traveling event brings batting cages, pitching stations, and more to different parts of Boston. It’s three August stops are in South Boston, Brighton, and Faneuil Hall. Try your hand at the variety of baseball tasks to find out what it’s like to be a professional ballplayer for an afternoon.

LEARN
Live from the Deep Ocean

Harvard Museum of Natural History is hosting this live Q & A with Harvard biology professor Peter R. Girguis and exhibit developer Jennifer Berglund. Girguis is working with the research vessel E/V Nautilus, which is currently based in British Columbia as a part of the Ocean Exploration Trust. Curious about all the strange and wonderful creatures that live at the bottom of the sea? This talk is where you’ll want to nerd out. Footage of the ocean floor at 3800 feet bellow sea level and collected from the Nautilus will be shown, and Girguis will provide commentary alongside it so you know what you’re looking at.

This film screening and Q&A focuses on the stories of middle-school aged girls who became victims of sex-trafficking on Backpage.com and the mothers who have been fighting for them since. Highlighting the dire straits many of these girls find themselves in, the film is narrated by Jessica Chastain and was directed by Mary Mazzio. After the film there will be a Q&A with Lisa Goldblatt Grace, the co-founder and director of My Life My Choice, which is the only anti-trafficking group in Massachusetts, and Jessica Soto, a lawyer who has worked representing sex trafficking victims. 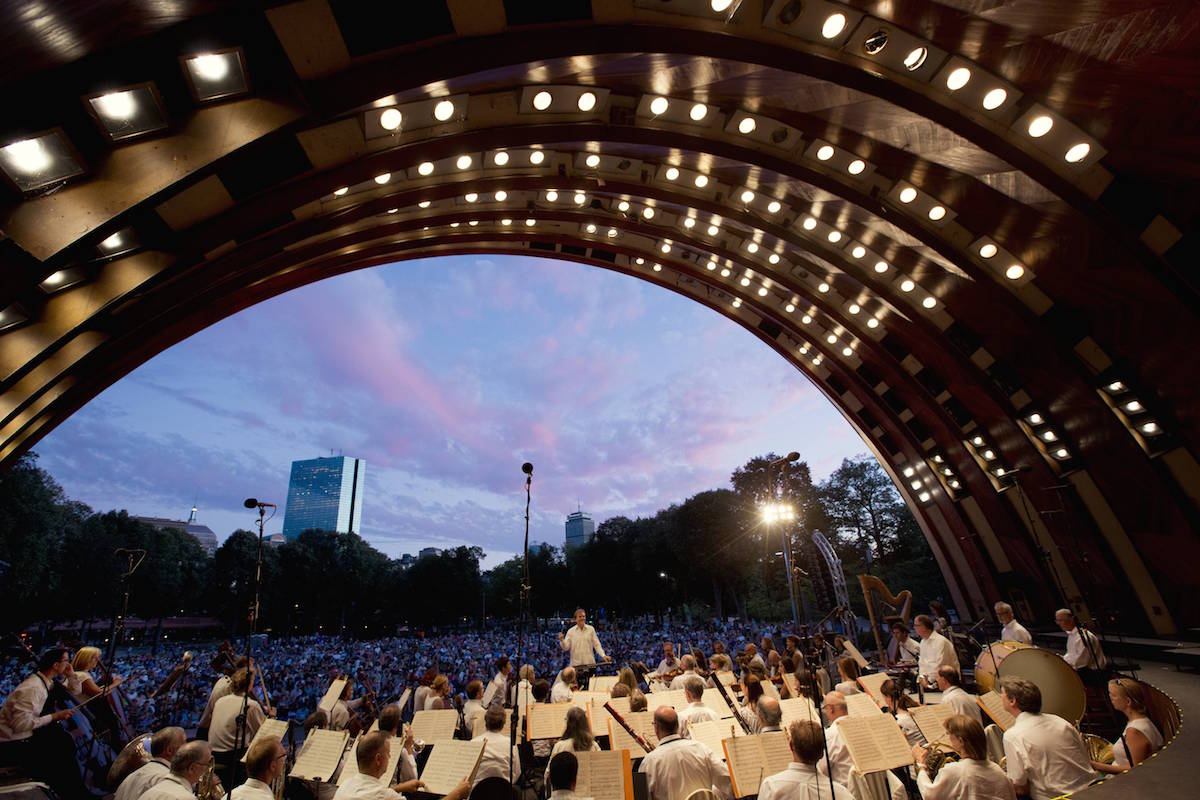 Landmark Orchestra shows are always free to the public, a part of their work to focus on “making great music and great musicians available to all Bostonians.” Stemming beyond just free shows, Musical Director Christopher Wilkins says that they look to make classical music “welcoming, less formal, and more fun” for the people of Boston. August brings a performance of Beethoven’s Symphony No. 9 featuring the One City Choir. The symphony has “a special mystery, aura, and power about it,” according to Wilkins, and “offers a lot of hope and a lot of promise.” August programing continues with a night of global music at Anthems of the World followed by a performance of dance and music at the Landmark Dance Carnival a few weeks later.

WATCH
Film Screening: I Am Not Your Negro

This documentary screening is a part of MIT’s List Projects: Civil Disobedience series which has been going on since July 18, and will continue through October 29. The film features a mix of archival interviews with Baldwin, as well as excerpts from his never-completed efforts to write a book about his recollections of Medgar Evers, Malcolm X, and Martin Luther King, Jr. Actor Samuel L. Jackson narrates the excerpts, and the film provides a bracing look at how race relations have changed, or not, in the years since.

DANCE
Dancing on the Row

Hosted once a month, on the first Friday, this event brings outdoor dancing to Assembly Row. A thirty minute dance class kicks off at 6 p.m. with Meta Movements Artists Collective, where you’ll learn all the salsa moves you need for the dance party that follows. The event is open to the whole family, so parents and kids can all learn a bit about Latin dance. Dancing on the Row was started last year in collaboration with the Somerville Arts Council “to get people introduced to Assembly Row,” explains Lady Pabon, a member of Meta Movements “It actually has been really successful.” This is the last dance of the summer, so be sure to take advantage of the free class while you can.

This year marks the 16th Gospelfest in Boston, and it’s still the biggest gospel music festival in New England. Hosted in the heart of the city at City Hall Plaza, the concert will be headlined this year by Tina Campbell, whose sister headlined last year. Freda Battle, a native Bostonian, will be opening for Campbell. As in the previous two years, the show will also welcome a community choir, compiled for this event, to the stage.

WATCH
King Kong on the Greenway

Two Boston institutions come together each summer to bring us Coolidge at the Greenway. Held at the Wharf District Park on the Rose Kennedy Greenway, an inflatable screen will be used to project the 1933 classic King Kong on 33 mm film. Plan to lounge in one of the adirondack chairs, though many guests do choose to bring their own seating. Also look out for food trucks, which might set up around the park for guests to purchase refreshments.

This is the 10th year of Boston’s celebration of all things green, which strives to educate Bostonians about eco-friendly practices. In cooperation with City Compost, they are also making this year’s festival waste-free. As in past years, there will be three live music stages, beer and wine gardens, and a huge variety of vendors and performers from all over the world. There will also be a whole series of “EcoForums” and three film screenings each day. “It’s a great magnet for people from all sides,” says Dr. Karen Weber, Director of Boston GreenFest. “It’s a great intersection for people from politics, business, and academics.”

DANCE
Swing the Night Away

Experience swing dancing in all its glory at this party hosted at the beautiful Boston National Historic Park. Boston Swinger Central and the Easy Winners will host this dance, starting at 6:30 with a half hour class, followed by swing dancing into the sunset and through to 10 p.m. You’re encouraged to don your best swing-style outfits and to bring the kids along to this fun, active, family-friendly event.

Boston alternative rock radio 92.9 is hosting a series of alt-rock concerts in the city this August. Outdoor concerts are a summer staple, and free shows are even better. First up, catch the Revivalists in Copley Square, coming off a third album and a number one alternative song (“Wish I Knew You”). Then catch American Authors, who return to Boston after meeting in 2006 while studying at Berklee College of Music. They’re known for their singles “Believer” and “Best Day of My Life.” 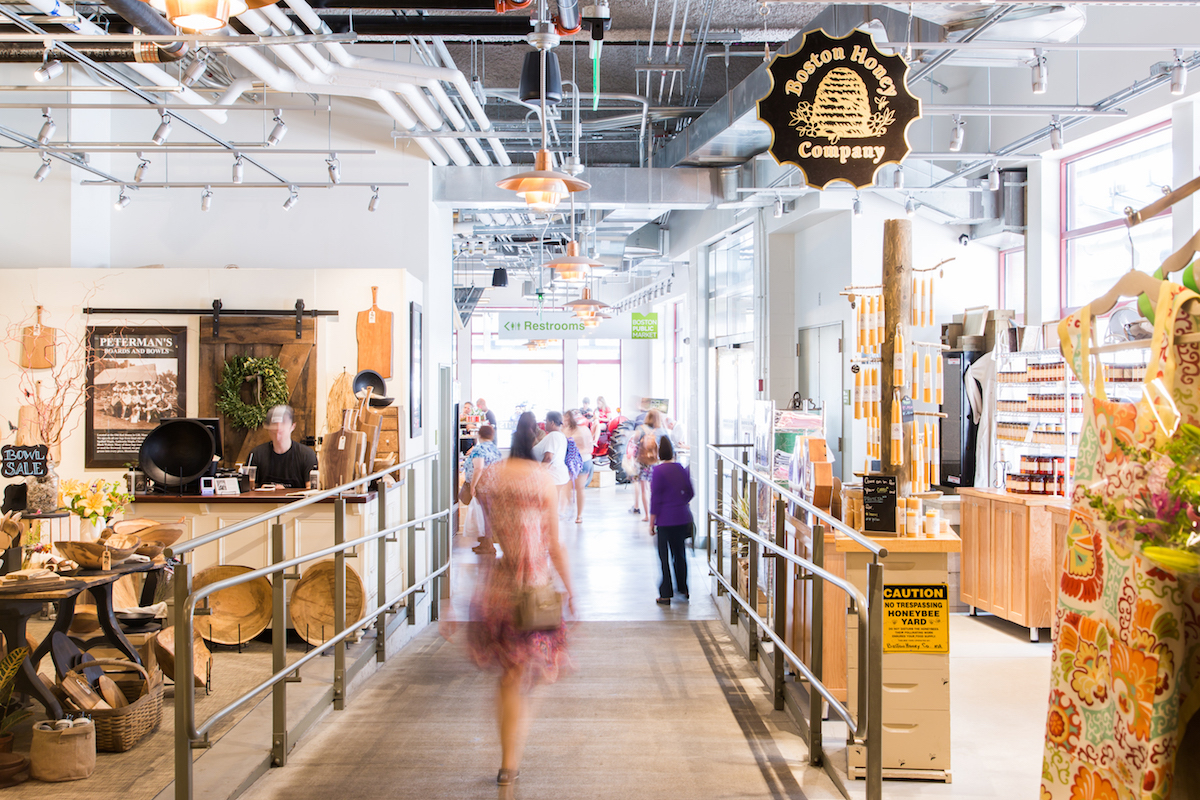 August 19 is National Honeybee Day, and the Boston Public Market is showing their love for the little striped pollinators with a full day of free demonstrations and activities. “We’re gonna be extracting fresh honey, so people can taste it and take it home with them,” explains Evan Reseska, owner of the Boston Honey Company. They’ll also be explaining what it’s like to be a full time bee-keeper, which Reseska knows well: His company keeps up 3000 hives across eastern Massachusetts and upstate New York.

This year is the 98th year of St. Anthony’s Feast, the largest Italian religious festival in New England. It was started in 1919 by immigrants from Avellino in Italy. Each year, the North End is taken over by parades, performers, and, of course, vendors serving “every kind of Italian food you can think of,” according to St. Anthony’s Club Trustee Jason Aluia. This year the festival begins on Thursday with the Feast of Saint Lucy, but it still wraps up Sunday afternoon and evening with the ten hour procession of St. Anthony’s statue.

The word “fermentation” may bring to mind only alcoholic beverages, but this festival shows that there’s so much more to fermented refreshments. Samplings of kombucha, kimchi, cheese, bagels, sauerkraut, and sourdough bread will be included alongside the beer and cider. There will also be speakers throughout the day, explaining the wide world of fermenting to the public.

This is the sixth year of Boston Jazz Fest, which brings music and food to Boston Maritime Park for one summer afternoon. Artists perform starting at noon and continuing into the early evening, with a wide variety of styles and cultures represented. The festival is meant to be “diverse in jazz and in the makeup of the bands,” says James Braxton, the founder and executive director of the festival. This year’s musicians come from Israel, Japan, and beyond, included a Wampanoag funk jazz group.

Marty Walsh has picked a set of family friendly movies to show throughout the city, covering most neighborhoods. These open-air showings run throughout August and include family favorites old and new. The full schedule is listed below. What do you think of Mayor Walsh’s picks?