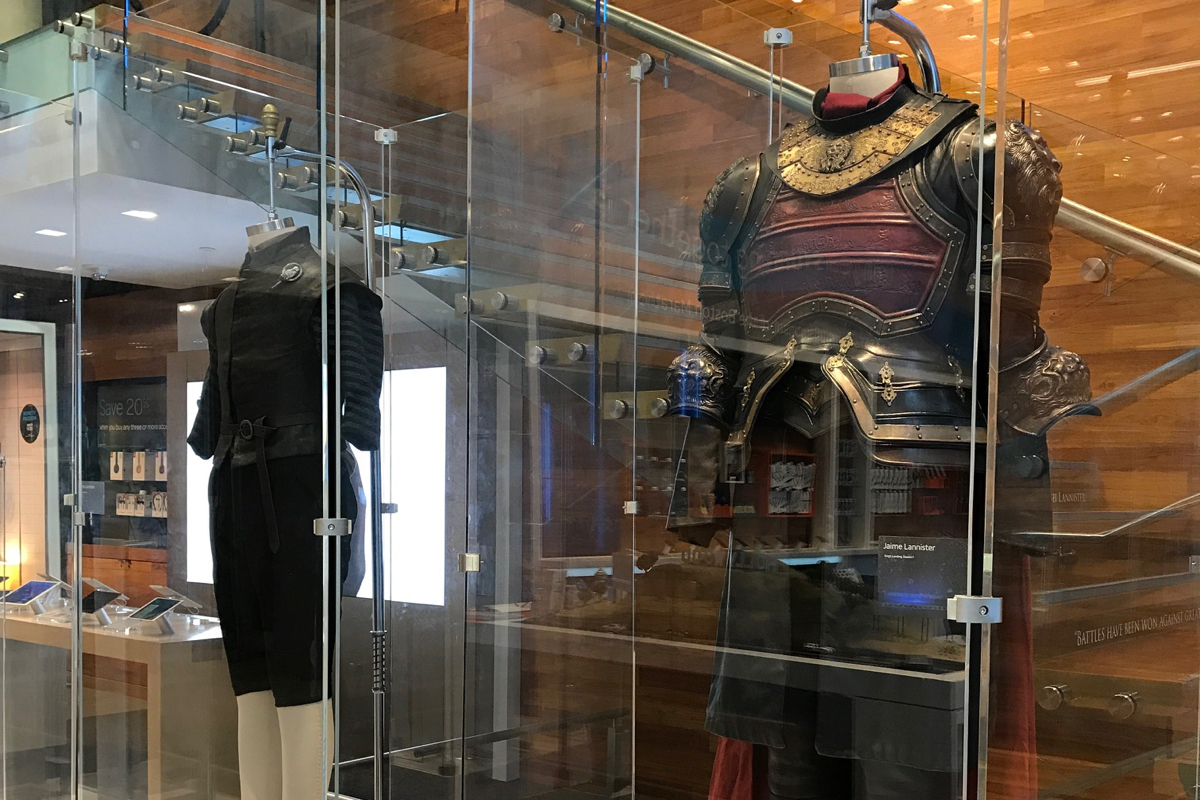 As Game of Thrones fans around the world brace for the show’s highly anticipated season finale Sunday night, an ongoing GoT “takeover” on Boylston Street is about to get a lot cooler.

On Saturday, AT&T says, it will be celebrating all things Thrones at its Back Bay flagship location with a collection of authentic memorabilia, a virtual reality game, prizes and more.

The store has also been letting fans take selfies on a full-size Iron Throne seat and with a creepy Night King since July, and it looks like fans have been making the most of the opportunity.

On display in glass cases will be two authentic costumes worn on the show by characters Tyrion and Jaime Lannister. Photos shared with Boston show that Tyrion’s outfit includes a leather vest, shirt, pants, and a “Hand of the Queen” pin. Jaime’s is a gleaming suit of armor in Lannister red and gold. Both costumes—which you most certainly cannot touch—were worn by actors Peter Dinklage and Nikolaj Coster-Waldau during filming, according to Chris Raia, a spokesman for the event.

There will also be display cases full of props—which were not used during filming for the show, but we’re told look pretty real—including some swords, a crown, armor, and some dragon eggs.

Fans can also test out a new immersive virtual reality experience inside a tent, in which fans use controllers to operate a bow and arrow in a 360-degree reenactment of the “Battle of the Bastards.”

And Kiss 108, the radio station, will be there handing out prizes to those who can answer Thrones trivia.