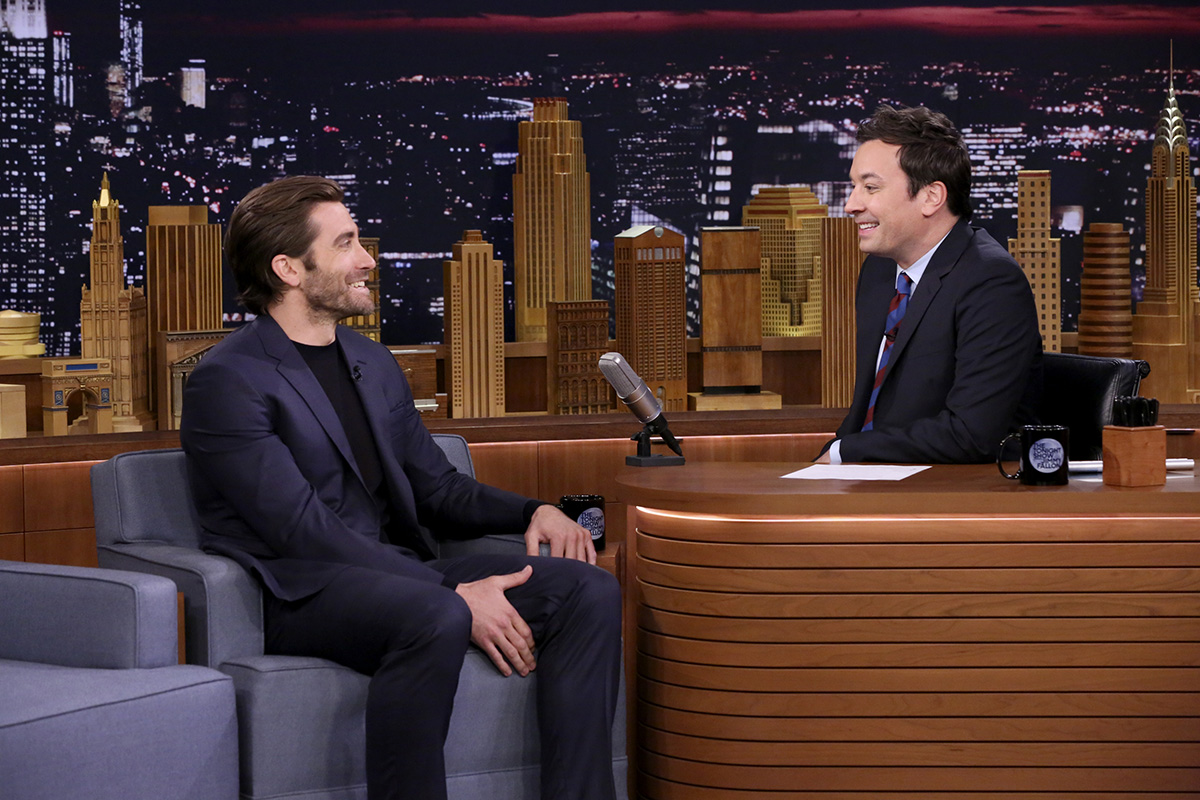 Bauman, who lost both legs from the explosion while watching his then-girlfriend, Erin Hurley, run the marathon, told Gyllenhaal he had a few other actors in mind, including Denzel Washington, Ryan Reynolds and Joseph Gordon-Levitt, when they met. “I was like, look man, you got me, and that’s how it is and we’re family now,” Gyllenhaal said.

Stronger follows Bauman’s road to recovery. “It’s about his journey to getting better and healing and getting stronger, and learning how to walk again. It’s just an incredible story,” Gyllenhaal said. “He’s just an extraordinary guy and his story is an inspiration.”

The story seemed to resonate with host Jimmy Fallon, who’s no stranger to making movies in Boston. He joked, “I did a movie called Fever Pitch, we have something in common! It’s set in Boston.” No one forgot, Jimmy, don’t worry.

The duo made sure that Bauman got his moment to shine, too. Before introducing a clip from Stronger, they walked into the audience to where Bauman was sitting so Fallon could introduce himself. And in very typical New England fashion, when Fallon asked Bauman how Gyllenhaal did, he didn’t oversell it, telling the host, “He did okay.”

Stronger will be in theaters on Friday, September 22. It had its premiere earlier this week at the Spaulding Rehabilitation Hospital in Charlestown.