The duo wanted to keep their portrayals of Jeff Bauman and Erin Hurley grounded. 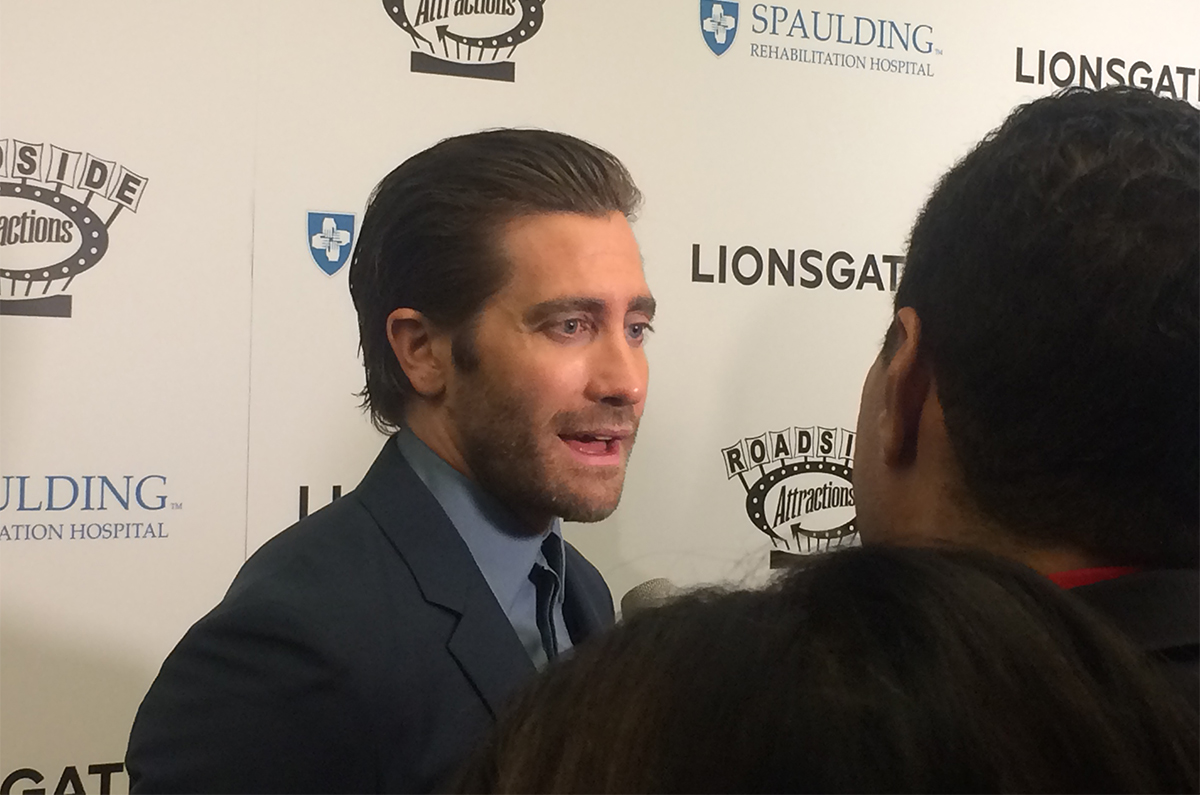 When making a movie about a real-life event, particularly one as traumatic as the Boston Marathon bombings, there’s always a lot of pressure to get everything right. Whether it’s the accents or the emotions, the concern is always there that elements of the movie will ring false. And that’s certainly something the creative team behind Stronger, the adaptation of bombing survivor Jeff Bauman’s memoir about his experience, took into consideration. But even Bauman himself sounds pretty pleased with the result, saying Jake Gyllenhaal, who plays him, “blew my mind.”

“He pours his heart into everything…so to see someone do that for me, and for this role, I’m beside myself,” says Bauman. And Gyllenhaal clearly did his research, trying his best to get to the core of who Bauman is.

“My work was not just about asking questions about the obvious, it was about observing him, even behaviorally. Even in the way that he speaks,” Gyllenhaal explains. “Listening to Jeff, and even his intonation and the way he speaks, really tells you a lot about what a big heart he has. Oftentimes when he talks he’s so open, he’s so inviting, he’s so warm.”

Screenwriter John Pollono also had high praise for Gyllenhaal’s work ethic, pointing to the actor’s research abilities as evidence of his commitment to getting the role right. “You write in the script, Jeff uses a transfer board to get from the car to his chair and Jake has researched the hell out of it. He’s studied how to do that. And that might be cut, and that’s one line in the [script], but he’s so detail-oriented and he works his ass off.”

Of course, as a New England native (he’s from New Hampshire), Pollono had his own worries about getting that authenticity down. “I was terrified. You write as best as you can, and then you hand it off. I was like, if this movie sucks, my phone’s just going to explode with people calling me an asshole,” he jokes. But that’s just part of the charm of New Englanders, he says. “I wasn’t going to pull any punches. New Englanders are adept at loving and busting balls at the same time. And I knew that’s what the story required.”

He also had high praise for Gyllenhaal’s co-star, Tatiana Maslany, who plays Bauman’s then-girlfriend, Erin Hurley, saying Maslany “gave her such humanity and pathos. All these characters are really rough and flawed, and watching Tatiana work, I just said, she found the heart of her and made her goofy and sweet and beautiful and real, and that’s all you can ever ask for from actors.”

Maslany herself had to take up some new habits for the movie: She’d never been a runner before, and Hurley is such a skilled runner that she decided to run the marathon in 2016 the Friday beforehand. Still, despite the fact that she’s not quite ready to run a marathon herself, Maslany found the practice useful for finding her way into becoming Erin. “The sort of meditative thing of going every day, running every morning connected me to the sense of Erin, this ability to run for that distance, the mental and emotional and physical strength that it takes I felt was really important to her, to key into her,” Maslany explains.

Both actors got to know Boston while they were here filming last year. Maslany witnessed the majesty of Keytar Bear, which she seems to have found a bit mystifying if enjoyable. She says she was not aware that he was a Boston icon at the time (presumably, Bostonians have eagerly informed her in the time since), but that her response was mainly, “Who is this wonderful creature on the street corner?”

Gyllenhaal, of course, was rumored to have visited SoulCycle while in town, but despite the Boston team’s crack investigative efforts, we were unable to get a confirmation. His official comment on these rumors: “I think physical activity is extraordinarily important. I find where I can to exert myself in times of stress, and I think you need a healthy body to do your work. I don’t think I can comment on where I was exactly, but I can tell you that I did participate in some physical exercise. I’ll end that question there.”