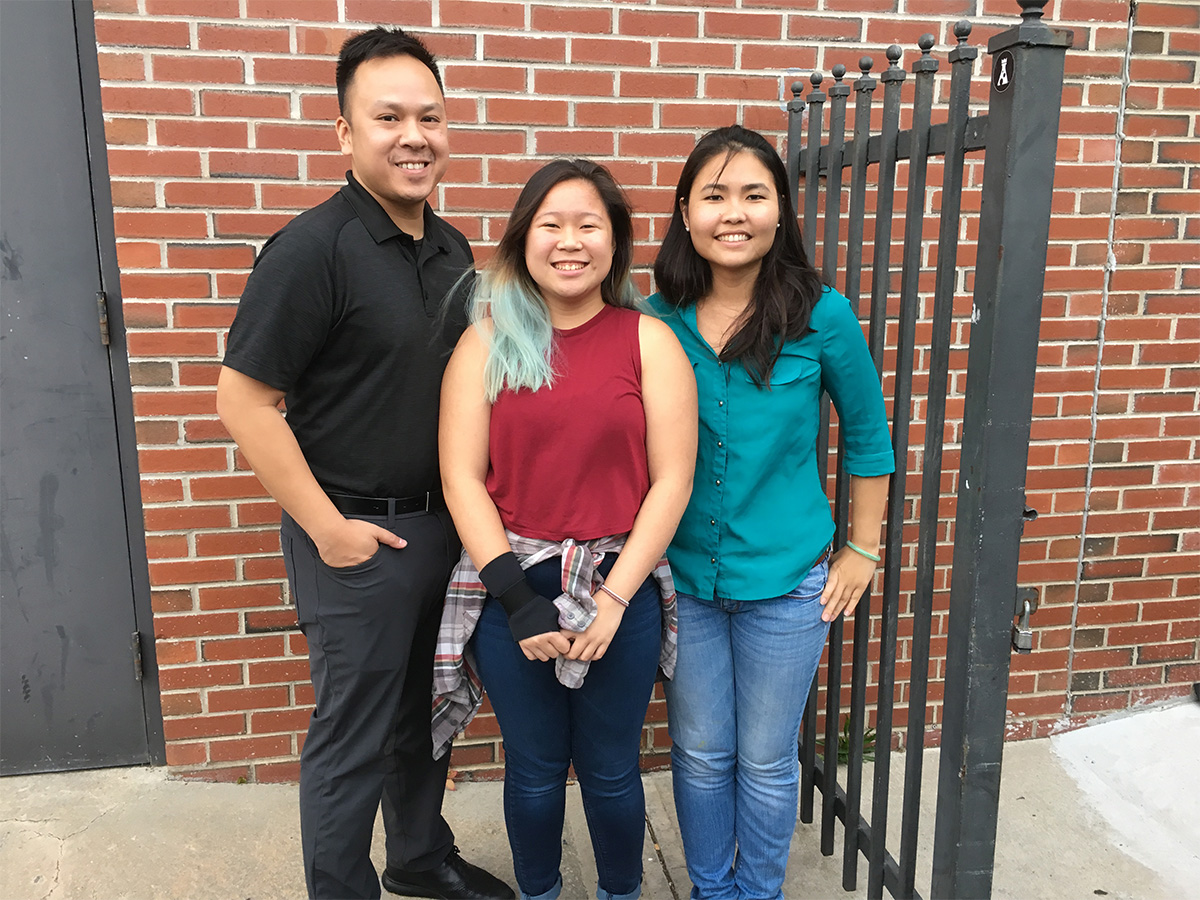 Leaving your mark on the world is one of those ineffable goals that most of us have in life. Will people remember us when we’re gone? Will we use our time here to make a difference?

If you’re Ngoc-Tran Vu, the answer is now yes: She’s just completed a permanent mural in her hometown. The 29-year-old artist came to the United States as a four year old, and grew up in the Vietnamese immigrant community in Fields Corner in Dorchester. She left the city to pursue an undergraduate degree from Brown and an MA from NYU’s Tisch School for the Arts, but she was drawn back to Dorchester, and began thinking about ways of bringing some of her training to bear on the neighborhood where she was raised.

“I was seeing a lack of art in Dorchester,” Tran explains. She was very aware of the long history of the Vietnamese community in the area, and felt that those two areas of interest could be combined. “I started thinking about the changing in the landscape, and how do we hang on to the histories and stories and narrative, and that’s when I really saw this important need for art.”

Luckily, she met Tam Le, 35, who could provide the canvas she needed. Le runs the Pho Hoa Restaurant with his family, and also had a passion for art and an interest in finding a way to give back to the community.

Their meeting was less than auspicious, though: He thought she was waving at him through a window, only to realize she was actually trying to say hi to his father. But it was a conversation starter, and he quickly offered her the wall of the Pho Hoa building for an art project.

“We have all these exposed brick walls,” Tam says. “That’s an opportunity. It’s a canvas.”

From there, Tran applied for and received a grant from the New England Foundation for the Arts, hired an assistant, Kathy Le (no relation to Tam), through the local Vietnamese cultural center, and worked with a steering committee and volunteer painters on a mural to take up a prominent wall of Tam’s building.

The journey involved some hiccups along the way, but ultimately resulted in a work of art that reflected both Vietnamese mythology and the place of Vietnamese people in the Boston of 2017. It’s called Community in Action: A Mural for Vietnamese Folks in Fields Corner. And that community in action is quite literal: Tran ultimately had about 10 people helping her paint, including her father, as well as Tam and Kathy. 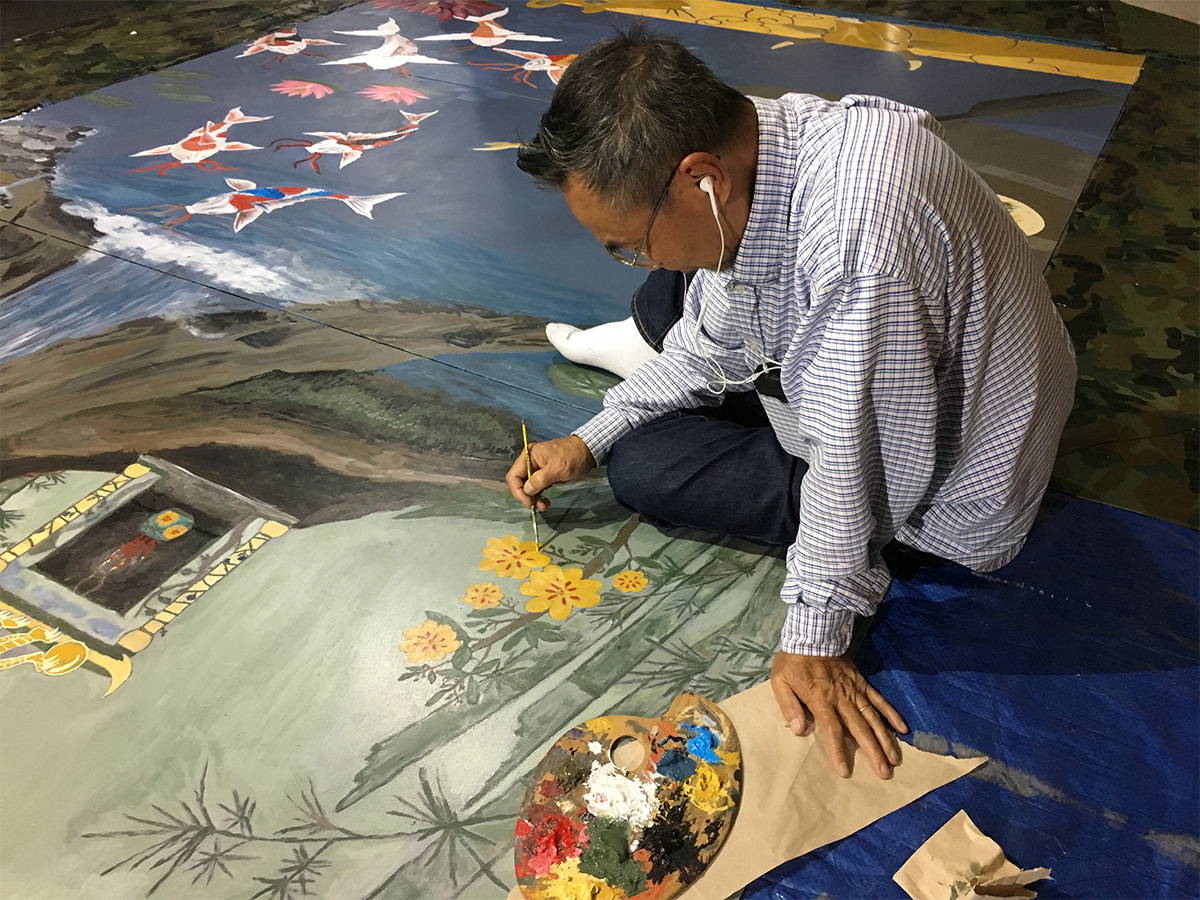 “The three major themes that we wanted to showcase and explore in the mural is the theme of Vietnamese presence and narrative, the second is unity, and the third is growth and a brighter future,” Tran explains. So that meant trees to express growth, and figures from the Vietnamese zodiac, including a dragon and koi fish.

For Kathy, a senior in high school and an aspiring artist herself, it was an opportunity to see a more established artist work through the challenges of turning an artistic vision into reality. In addition to helping with the physical process of painting, she helped with some of the community organizing, knocking on doors to get local input, and assisting Tran with a blog about the experience. It’s the latter that really stuck with her as an important lesson she learned from Tran, though, as it taught her the importance of work you can stand behind.

“Wherever you put your name, you have to be proud of your own work,” says Kathy.

The mural will be a permanent addition to the building, with multiple layers of a treatment designed to help it withstand Boston’s relentless winters, and the trio are having a block party to celebrate the installation of their work.

“There’s a lot of negative stuff going on these days, and each of us has a stake. And we can do something good,” says Tam. “That’s the role of art, is to create something from nothing, to create beauty where there wasn’t before.”

For Tran, knowing she’s made a change in her community is something that she’s grateful to take away from the experience.

“It’s really exciting. Especially when I’m living right down the street. My family’s here. I know I’m going to walk by it every day,” she says. “I want it to be something that everyone is proud of. Our community, the visitors, my own family. I want us all to look at it and feel like we put a lot of work into it, and we’re proud of the art.”