Prepare for Your New Ruler: The 2017 Pumpking Is Coming to Boston

Boston Public Market is hosting a 950-pound pumpkin this fall. 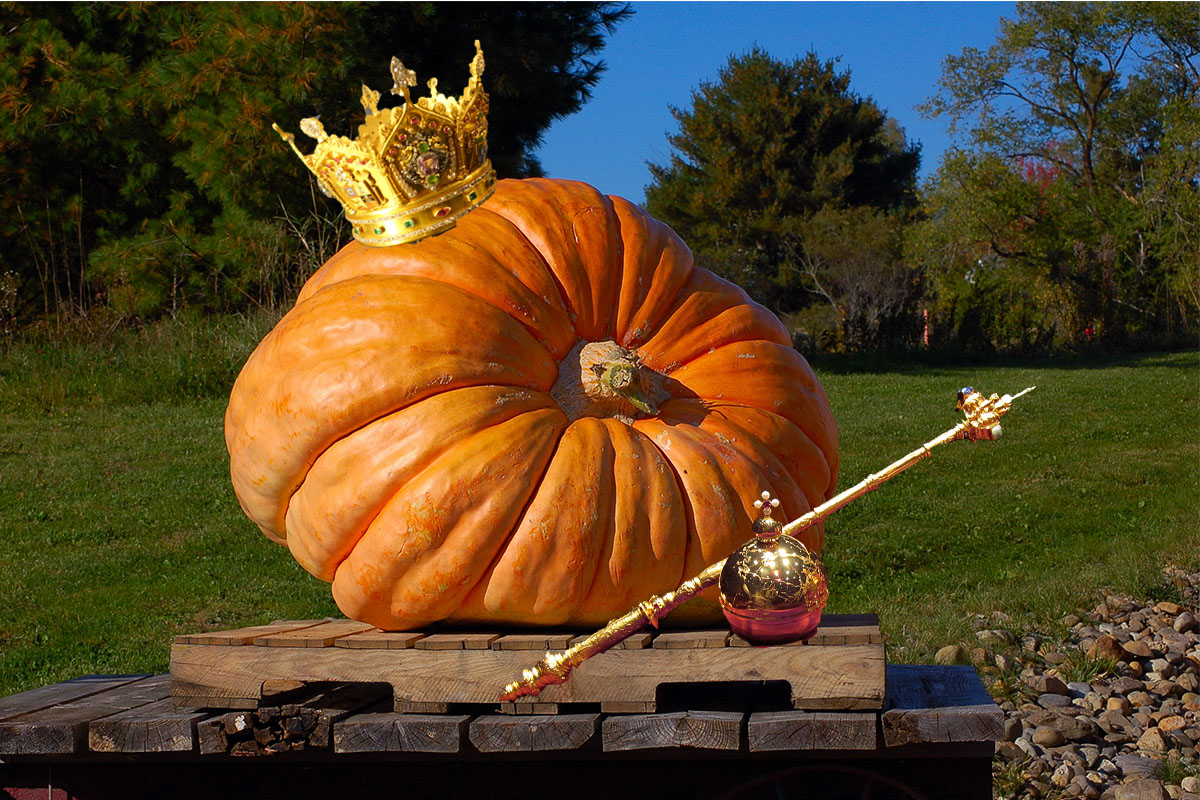 Hear ye, hear ye—the Pumpking is arriving in Boston. The 950-pound gourd will be unveiled at Boston Public Market this Monday at noon. Its chariot? A forklift.

Thanks to Market vendor Red Apple Farm of Phillipston, Massachusetts, and their farmer friends Lou and Sue Chadwich of Greenfield, Massachusetts, this massive pumpkin will rule over the BPM throughout the fall. The city is welcoming it as the third annual “Official Pumpkin of Boston.” A second pumpkin, courtesy of Tom Brouillet of Phillipston and weighing 575 pounds, will be joining the Pumpking in his court.

Following the pumpkins’ majestic arrivals in the Boston Public Market, guests and spectators are welcome to participate in a naming contest. In the past two years of the Market’s operation, the “Official Pumpkin” has been named Gourdo and Big Papi.

The Pumpking doesn’t just reign over the physical landscape—our autumnal leader is quite active on social media, as well. Ever wonder what a massive pumpkin is thinking? Apparently, it has a sense of humor.

Are you as pumped for the Harvest Party tomorrow as I am??#bpmpumpking pic.twitter.com/qmSkupTPiB

While this year’s Pumpking has yet to share its voice, it’ll be making its Twitter debut after arriving next Monday.

The two colossal pumpkins will be on display in the southeast corner of the Market throughout the fall, but will act as centerpieces to the marketplace’s fall festivities, including the Harvest Party on October 19 and Pumpkin Fest in The KITCHEN on October 28.