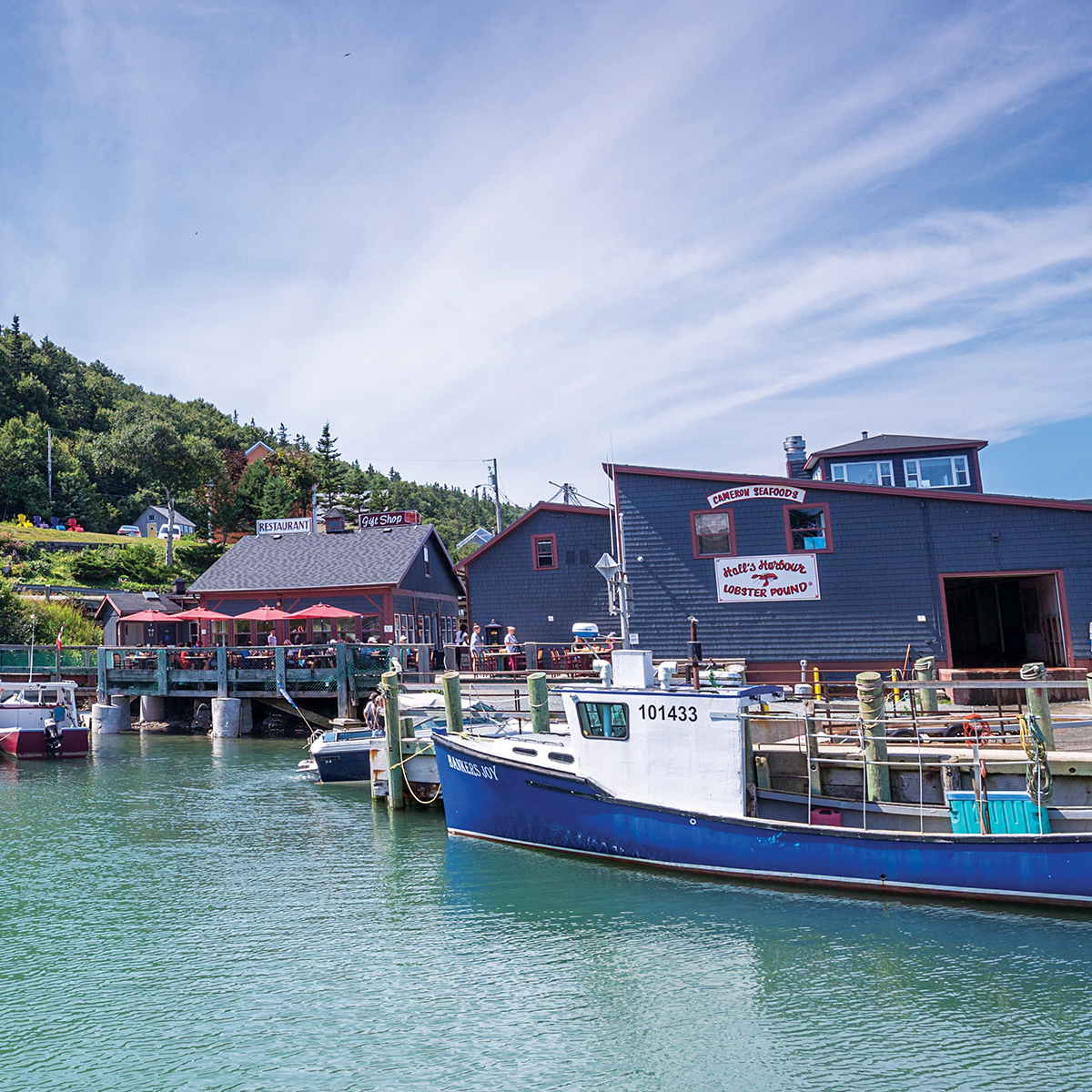 Think of the southern half of Nova Scotia as the tapas bar of Canadian travel. From the verdant Annapolis Valley, home of renowned orchards and accomplished wineries, to craggy fishing villages to the booming waterfront of its capital city, Halifax, this pearl of the Maritimes offers rich tastes of just about every vacation experience you can think of. —Timothy Haas

THE ITINERARY / Whether you’re looking for a scenic long weekend or a more leisurely visit, you’ll find highlights and hidden gems alike by making a loop of the southern coast. No major stop along the route—they include Halifax; the World Heritage port town of Lunenburg; Yarmouth, on the fiercely tidal Bay of Fundy; and the agricultural Wolfville/Grand-Pré area—is more than a few hours from the next.

WHERE TO STAY / In Halifax, the Delta by Marriott is centrally located and offers an indoor pool, a sauna, and a killer breakfast buffet. Wolfville’s Blomidon Inn is a quintessential historical-house hotel with an excellent restaurant, and part of the fun at the MacKinnon-Cann Historic Inn in Yarmouth is getting to pick your décor—every decade of the house’s history from 1900 to 1960 is represented among its guest rooms. (Do not leave without getting personalized sightseeing recommendations from innkeepers Neil Hisgen and Michael Tavares—they know it all.) The Delta by Marriott, Scotia Square, 1990 Barrington St., Halifax; from $130 per night. Blomidon Inn, 195 Main St., Wolfville; from $119. MacKinnon-Cann Historic Inn, 27 Willow St., Yarmouth; from $210. 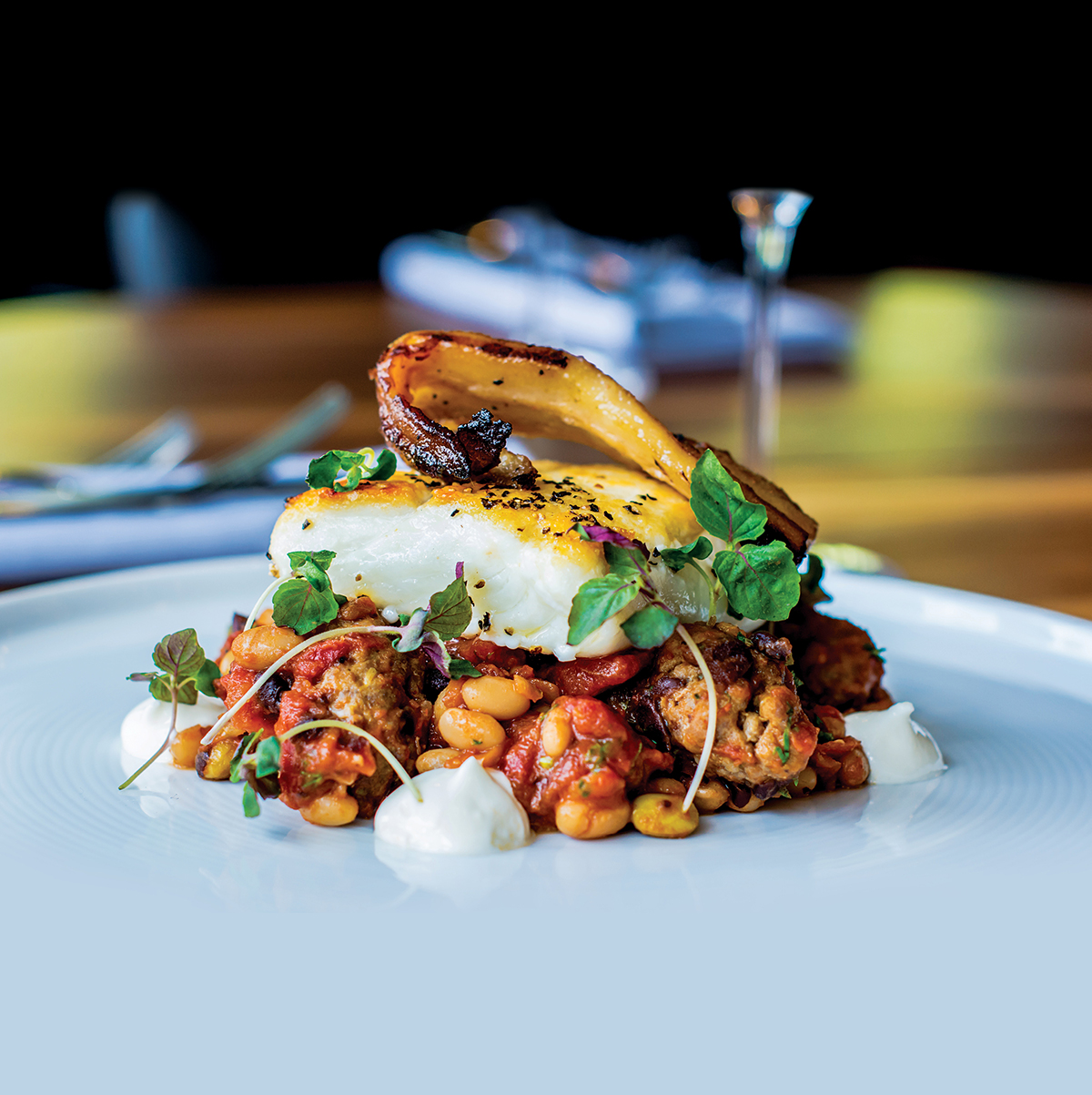 WHERE TO EAT / The name may invoke an image of creaking wooden boats on a blustery night, but the cuisine and vibe at Halifax’s Five Fishermen are resolutely modern. Its “Five Fish” dish is a sophisticated take on the region’s classic seafood, and the wine and cocktail lists star Nova Scotia–grown (and distilled) libations. In Lunenburg, you’re going to want to head straight to the South Shore Fish Shack for the fish and chips. And scallops. And clams. And lobster.

INSIDER TIP / A wine tour of the Gaspereau Valley in the Wolfville area is a must—but after a few tastings, you might think twice about getting back behind the wheel. Instead, catch a Grape Escapes bus, which picks up at four stops between Halifax and Wolfville and offers five-glass flights at three wineries, plus lunch.

DON’T MISS / The W.L. Sweeney Fisheries Museum in Yarmouth is a reconstruction of an early-20th-century fishing wharf in which 90 percent of the artifacts are authentic and you can touch just about everything you see, from scary-looking iron implements to the manual typewriter Mr. Sweeney used to run his multimillion-dollar empire.

WORTH-IT TOURIST ATTRACTION / The graves of Titanic victims at Halifax’s Fairview Lawn Cemetery. More passengers from the wreck are buried here, most under movingly simple headstones purchased by the White Star Line, than in any other cemetery in the world. (The stone marked “J. Dawson” might remind you of a certain movie.) Get there by car or as part of a historical city bus tour run by Ambassatours.