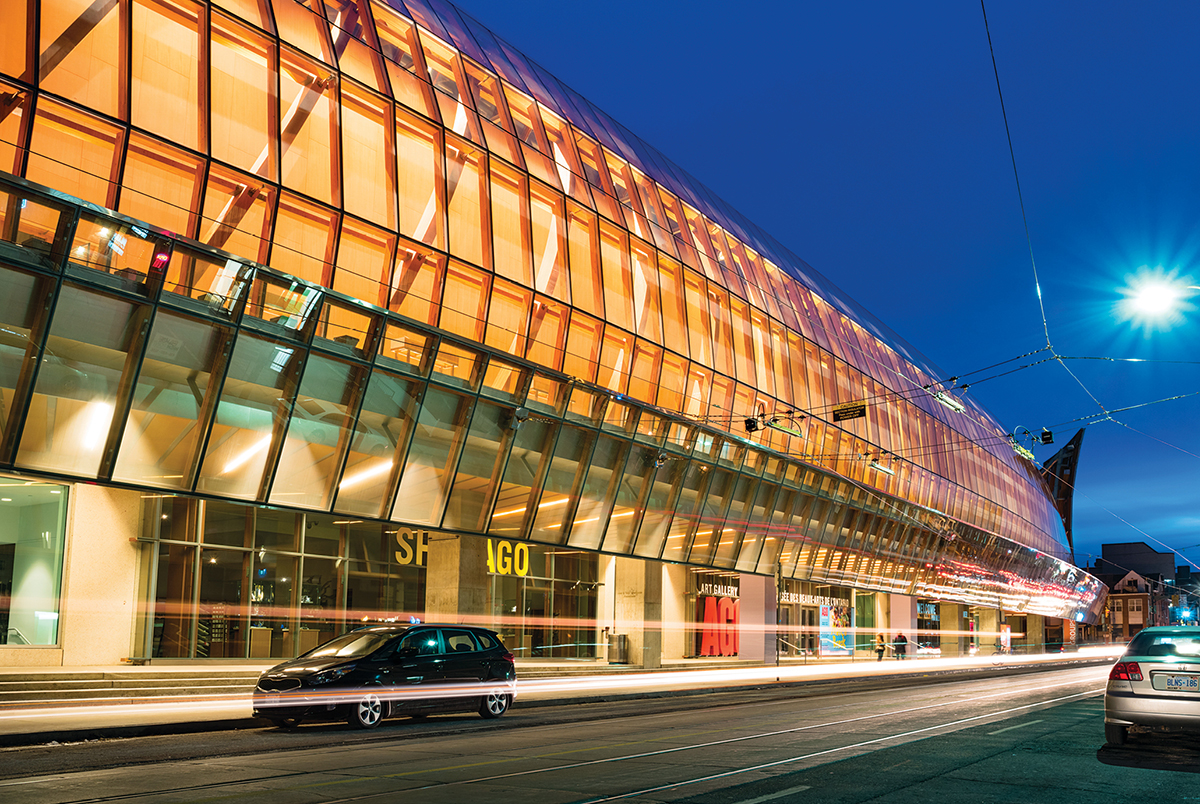 Remember Rob Ford? Picture the opposite of the city you think he’d run. That’s Toronto. The trains always seem to be on time. The streets practically radiate, they’re so clean. The city is the safest in North America. And perhaps most important: Toronto is becoming the next foodie capital of the world (and no, not because of the poutine—though that’s guaranteed to make you drool). —Holly Otterbein

WHERE TO STAY / To make the most of this urban utopia, book a room at the InterContinental Toronto Yorkville, situated in the same glam neighborhood as many of the city’s best restaurants, shops, and galleries. For something more romantic, try the five-star Hazelton Hotel, where Justin Bieber has been known to stay—no surprise, given its designer rooms, high-end spa, and rentable personal movie theater. InterContinental Toronto Yorkville, 220 Bloor St. West; from $239 per night. Hazelton Hotel, 118 Yorkville Ave.; from $315.

WHERE TO EAT / Café Boulud serves up classic French country dishes inside the Four Seasons Hotel Toronto: Order the rotisserie chicken, obviously, along with the seasonal salad. If you’re in more of a snacking mood, grab some entradas at Los Colibrís, Elia Herrera’s high-end Mexican joint, where the house-made chips and guacamole are kicked up a notch with pomegranate and the über-refreshing salmon ceviche is a must-order. Meantime, everyone from Robert De Niro to Susan Sarandon to Selena Gomez has been spotted at Sassafraz, the posh French-inspired eatery on Cumberland Street. When you’re not craning your neck to see which boldface name is noshing on the cheese plate, sneak a peek at the stunning 20-foot vertical garden.

INSIDER TIP / The Kensington Market, with its bohemian shops, street art, and cannabis cafés, is the place to go to experience Weird Toronto. Y’know, if you’re into that sort of thing.

CULTURAL HOT SPOT / The Art Gallery of Ontario is one of the best museums on the continent. It’s also one of only five places in the U.S. and Canada where the mind-melting artist Yayoi Kusama is touring. You might consider taking a stroll through lush Queen’s Park on the way there.

WORTH-IT TOURIST ATTRACTION / In the 19th century, Toronto’s Distillery District was home to the largest liquor distributor in Canada. By the 1990s, though, it was nothing but a graveyard of vacant industrial buildings. After a massive, inspired renovation, the place is now a patchwork of coffee shops, restaurants, antiques stores, clothing boutiques, and (you guessed it) distilleries. Be sure to swing by Blackbird Vintage Finds; you’ll find endless curiosities.