The astronaut discusses his new memoir, Endurance: A Year in Space, a Lifetime of Discovery. 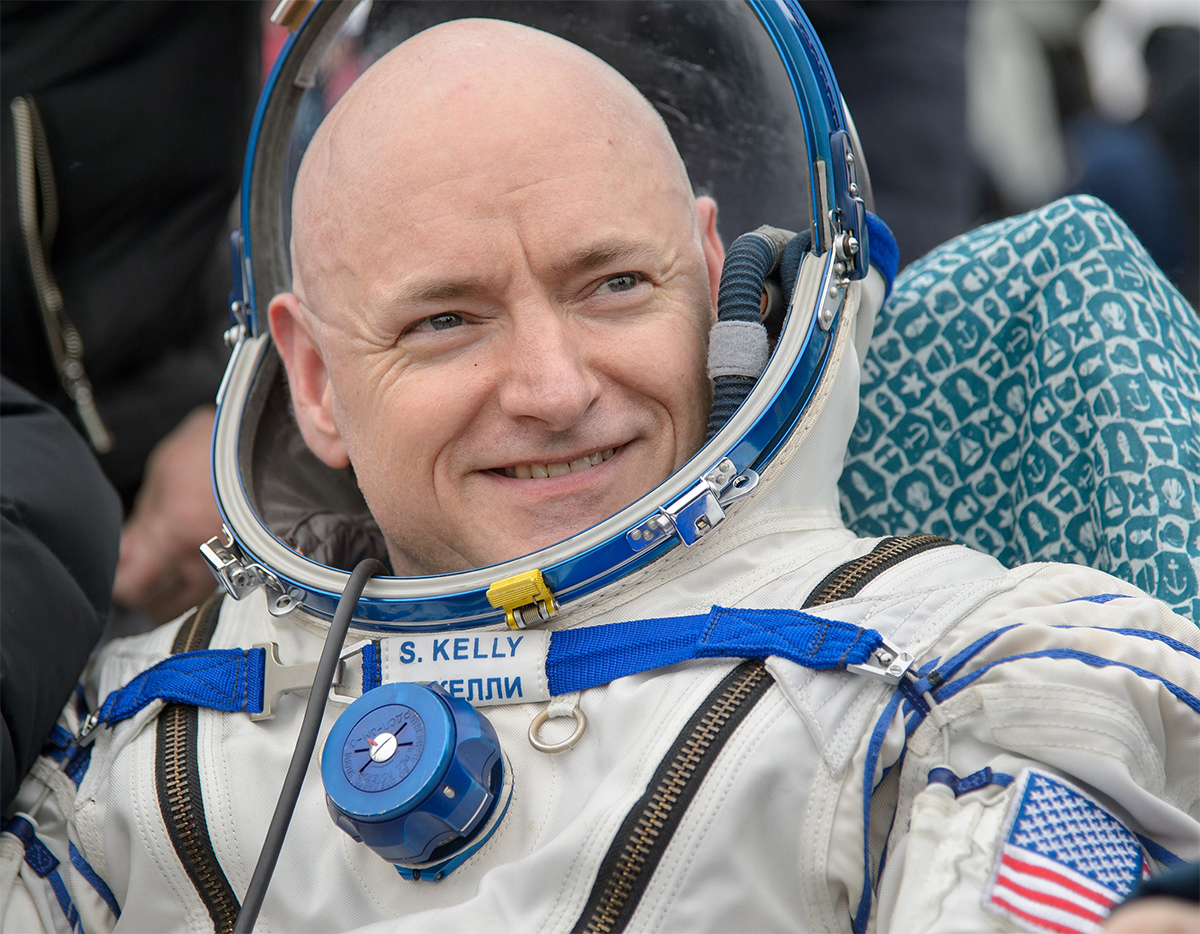 Though space travel has been part of our country’s history for decades, it continues to speak to the excited kid in all of us. Whether we’re glued to our TVs watching the historic steps of a man on the moon or lining up for a movie where people attack each other with space ships, there’s something intangible about the mysteries of the great beyond that keeps pulling us in. But for Scott Kelly, those intangibles are a lot more concrete.

If Kelly’s name is familiar, that might be because you’ve heard of his special mission. He spent an entire year aboard the International Space Station, performing science experiments, and also being a test subject himself. The goal was, in part, to see how human bodies respond to long periods of time in space. Kelly is something of a perfect test subject, because he has an identical twin—the ideal person to act as a control subject for how he responded to the atmosphere.

Kelly documents his adventures in his new memoir Endurance: A Year in Space, A Lifetime of Discovery, giving readers an unusual glimpse into the day-to-day of living in space. Some of it sounds grueling—detail-oriented, meticulous work, where slight errors ruin years of planning—and some of it sounds terrifying. Kelly is deeply level-headed about the swings between danger and tedium that make up life on the space station. “I think in my case I was maybe born that way,” he says. “You have to be able to prioritize, focus on stuff that’s really, really important, and other times, focus not so much, I guess.”

But come on, he must occasionally feel at least a whisper of panic when things go wrong on a space walk? “I’ve never seen panic being a helpful characteristic. No one ever said, ‘Hey, we got this emergency, let’s all panic,’” he says with a laugh.

In between space station repairs and a thriving internet presence, he also helped out with some of the 400-odd different experiments that were going on at the time. It’s very different from how science is conducted here on Earth. He often had little to no interaction with the researchers, and says, “In a lot of cases, I don’t even know who they are, and they may not know who I am.”

Of course, for the experiments in which he was a subject, things are a little different. He took blood samples, tested out devices, and measured countless other aspects of his body’s day to day existence to see how he was faring. While that may seem a trifle invasive as part of most jobs, he says it’s just how things go in space travel. “It’s part of the job of being an astronaut, at least the way I see the job, and that is that it’s a privilege to fly in space, so just kind of comes with the territory.”

As to the degree to which he deglamorizes what happens up there (subject matter includes his personal test of how many times he can wear a single item of clothing, a discussion of long-term garbage storage, and the impromptu dental assistance he provided a colleague), he says he was just aiming to make it ring true for anyone who was in space, as well as provide a vivid picture for anyone who hasn’t been there.

“I think when you tell a story, you gotta tell all the parts of the story, or it doesn’t ring true. So I wanted the good stuff, the bad stuff, the other stuff.” And despite the occasional bad stuff, Kelly has no hesitations about going back into space again, even though he’s officially retired, saying, “Give me an invitation and I’ll be there.”

The subject that hangs over his whole mission is the concept of a mission to Mars. Given the political polarization that occurs over every aspect of the country’s budget, it may seem hard to imagine that we’ll ever be able to send someone to Mars, but Kelly thinks it’s a vital project.

“I’m a believer in exploration, and I think by exploring we learn new things about our environment. We develop technologies because the stuff we do is impossibly hard, and I think it’s important for our future, so we should do it.”

He pauses, and corrects himself: “We will do it.”