It is an exploration of the author's relationship with visual art. 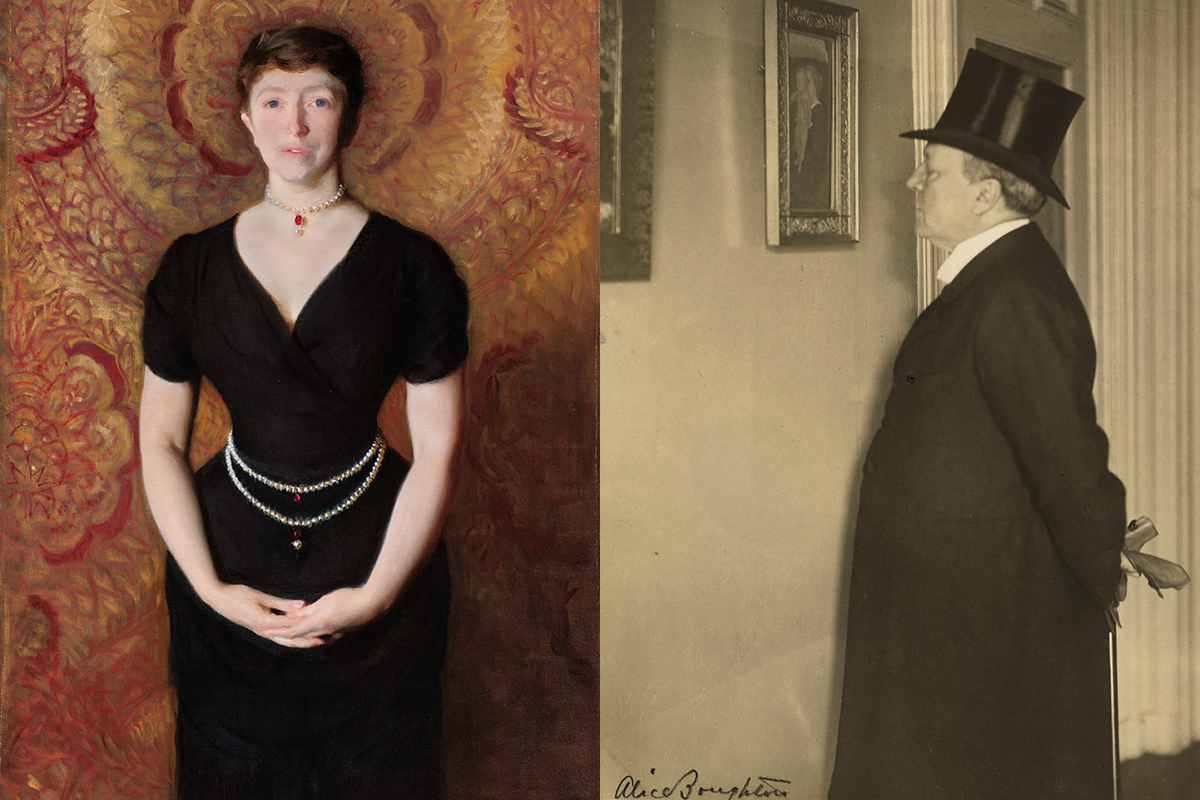 You can practically hear the portraits whispering to each other across the exhibition hall.

The arts patron Isabella Stewart Gardner peers at the author Henry James, and he back at her, as if the two old friends and distinguished luminaries are seated at either end of a long dining room table. Gardner and James are not, of course, holding court with their bevy of artistic peers, but rather, their likenesses hang on opposite walls at the entrance of a new exhibition honoring their linked lives.

Henry James and American Painting is a careful exploration of the Portrait of a Lady author’s connections to the visual arts. On display at the Gardner Museum beginning Thursday, the exhibition features more than 50 oil paintings, photographs, and manuscripts, among other mediums, and tells the story of an author described by exhibition curator Christina Nielsen as “a painterly novelist.”

“[In this context], the arts are all one,” Nielsen says. It didn’t matter if you were a painter, or a writer, or a sculptor. “It’s about creativity and the expression of that.”

Gardner and James began cultivating what would become a 30-year-friendship in the latter part of the 19th century and spent time in Venice alongside artists like John Singer Sargent and James McNeill Whistler, both of whom have work on display in the new exhibition.

Included in the archival treasure trove are selections of letters written from James to Gardner. The missives reflect a close friendship shared by an intellectual, self-taught woman who reveled in giving people something to talk about and a man so social he might receive 16 dinner invitations for just one evening. The correspondences span everything from mundane train schedules to salacious gossip and help visitors cobble together the comings and goings of one of the 19th century’s most fascinating social circles.

The interactions between Gardner’s and James’s generally wealthy, influential, and creative friends form the bedrock of the exhibition. Walking through it almost feels like scrolling through a 19th-century version of Instagram: Portraits of James himself share space with renderings of those who inspired his characters. The subject of one painting is the creator of another. Gardner’s original scrapbooks and photography offer a unique glimpse at the artists’ shared lives. Collectively, the artifacts constitute “lasting documents of their incredible social network,” Nielsen says.

The exhibition has an immersive feel to it, as if Gardner herself is extending an invitation into her esteemed circle of friends. Part of that experience results from visitors having the chance to view many works from a much closer vantage point than usual.

Gardner’s original organization of her collection—which much remain intact according to her will—obscures some of the pieces that make up the exhibition. But for a short time, attendees will have the chance to interact with the art up close, because despite Gardner’s will, the museum is not prohibited from temporarily moving pieces. Such a vantage point provides a new perspective, even for those who have, like Nielsen, seen the works countless times: “I have rediscovered something I walk by every day,” she says, referring to a work by Ralph Curtis.

Adding to the intimacy of the exhibition are the couches and tables arranged to mimic the studios the artists may have found themselves in. Heavy emerald curtains bisect the exhibition space, creating a sense of comfortable privacy, and a table adorned with James’ work sits atop a patterned rug. The effect is to welcome visitors into the type of space that witnessed the conversations and experiences reflected in the art all around them, and to, perhaps, inspire some of their own.