The Canadian province picked which spruce to send to Massachusetts this year as a thank you for help following a 1917 explosion in Halifax. 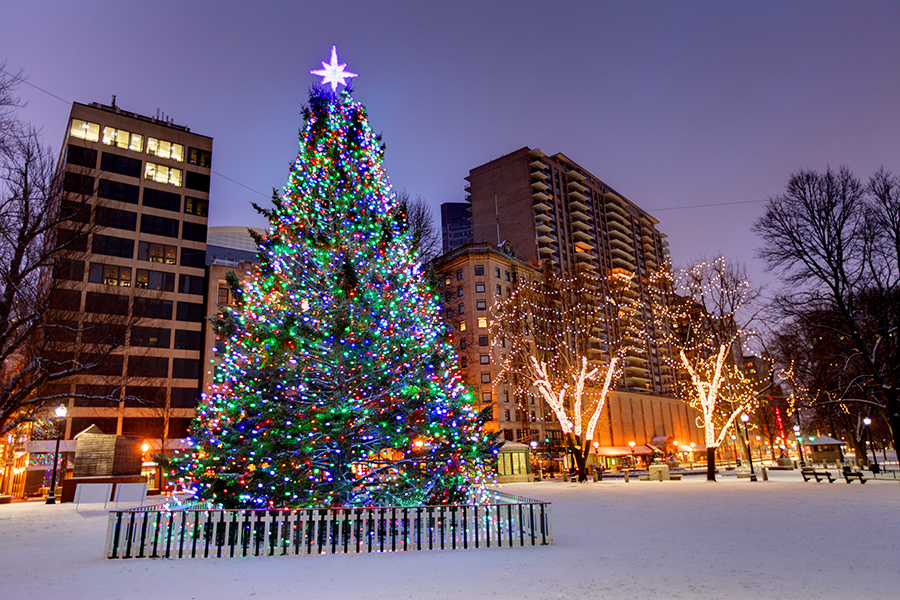 Boston’s Christmas tree this year is a century in the making.

The 53-foot-tall white spruce that will reign over the Common all holiday season was selected yesterday. Soon, it will travel all the way from Cape Breton in Nova Scotia to Boston Common, bringing with it holiday cheer and 100 years of gratitude. The tree is the latest iteration of Nova Scotia’s incredible thank you note to the Hub, which commemorates the Bostonians who quickly stepped in after a devastating accident in Halifax Harbor.

In December 1917, a French cargo ship carrying explosives collided with a Norwegian vessel in Halifax, Nova Scotia, and the resulting blast left nearly 2,000 people dead and 9,000 more injured. In the wake of the accident, Boston dispatched medical aid and supplies to our northern neighbors, and the following year, Halifax sent a Christmas tree to the city to say thanks. The tradition was revived in 1971, and Boston has received Canadian Christmas trees ever since.

“This tree represents something very special to our province and its relationship with Boston,” Bob Campbell, whose family is donating the tree, said in a press release. “We have been blessed to have a tree worthy of donation in recognition of the speedy and compassionate response by the people of Boston to the Halifax explosion.”

The bastion of cheer will be cut down on November 15 during a Halifax ceremony which will include drum performances, a local meteorologist, and, naturally, an appearance from Santa Claus. The tree will then begin its sojourn to Massachusetts, and is slated to arrive in Boston on November 20. After what is sure to be a sold-out Canadian tour, the tree will reach its final stage on Boston Common during the November 30 tree lighting ceremony.

Early photos show the tree looks tremendously healthy—almost so perfect it could be mistaken for an emoji. Next step: keeping those aggressive Boston Common squirrels out of it.