A Massachusetts Lottery Machine Named “Lucky” Is Going on Tour

The terminal that printed Mavis Wanczyk's winning Powerball ticket is making the rounds from Worcester to Woburn. 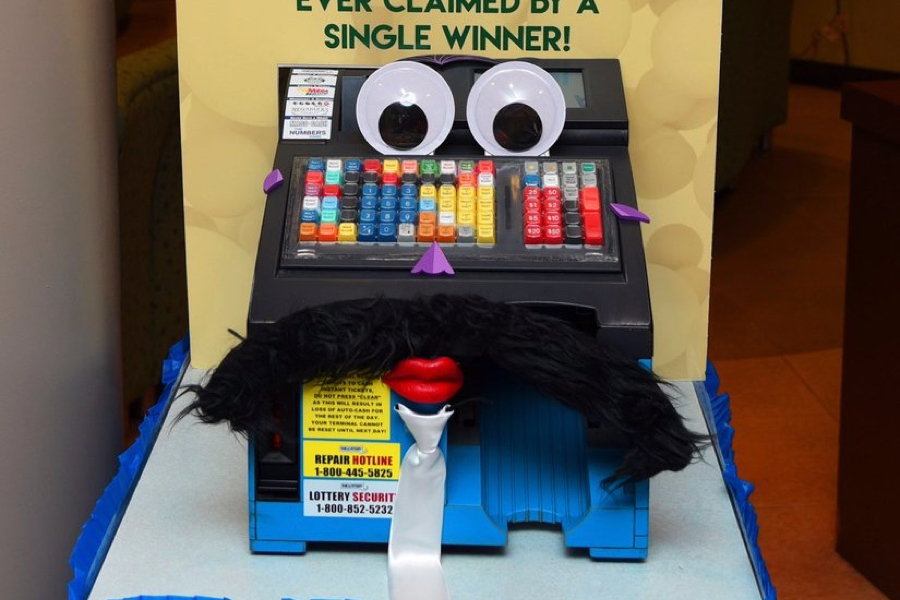 It’s a tale as old as time: The year was 2017. The month, August. Mavis Wanczyk strolled into a Pride Station and Store in Chicopee and walked out with a $758.7 million lottery ticket—the biggest prize won by a single ticket-holder in U.S. lottery history. But Wanczyk’s fantastical fate was not hers alone. Rather, she is inextricably tied to the black-and-blue lottery terminal nicknamed “Lucky” that printed the life-altering slip.

Now, Lucky is having its moment in the spotlight. The machine is going on a farewell tour, though unlike many a rock star, this really is a last hurrah for the now-retired terminal. From New Bedford and Springfield to Worcester and Woburn, Lucky’s Holiday Tour will stop in each of the Massachusetts Lottery’s regional offices from November 20 through December 15, before going back to the lottery’s Braintree headquarters until December 22.

Lucky, the terminal that sold the $758 million #Powerball ticket is spreading the luck today at our #Braintree office! pic.twitter.com/ih36AcgL6A

Lucky’s fans will have a chance to snap a photo with the googly-eyed, tie-sporting machine that is certainly the best-dressed lottery terminal in America. Each stop will be outfitted with a selfie station sure to impress any Instagram influencer, complete with a holiday backdrop and props, according to the lottery website.

Lottery spokesman Christian Teja told the Boston Globe that the public has been very excited about Lucky’s journey, and with the help of social media, the tour “literally began to take on a life of its own and it became clear that our players would welcome the opportunity to see this piece of lottery history.”

Though taking a photo with Lucky far from guarantees a winning lottery ticket, your cup will surely runneth over with kudos from your Facebook friends. And during this, the season of family and gratitude, what more could you ask for than a cornucopia of digital pats on the back?