Boston Common was packed with festive cheer as the city lit up its special spruce to usher in the holiday season. 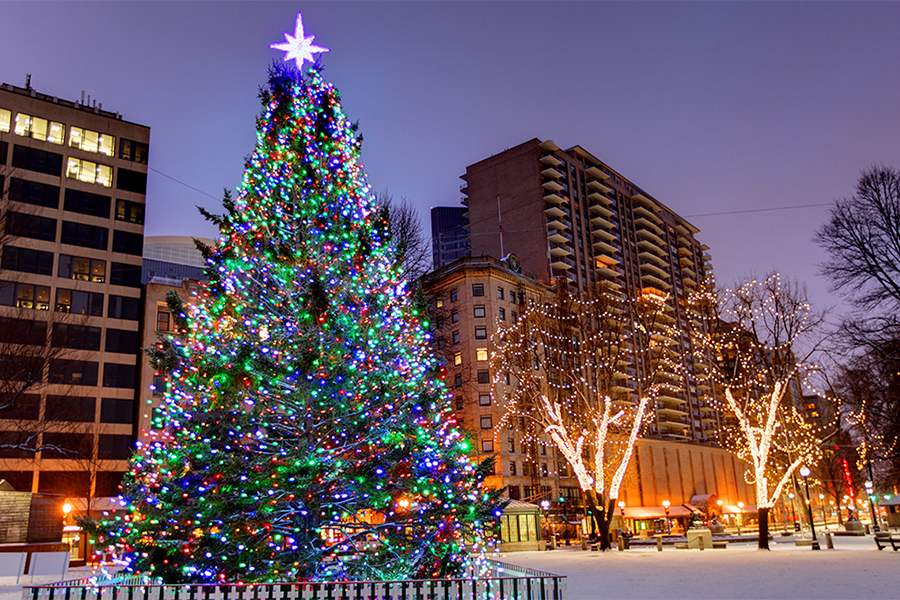 Children in puffy coats bumbling around with candy cane-shaped balloon animals. Teens grabbing two LL Bean coupons instead of the allotted one. College students swarming the line for free samples of Dunkin’ peppermint mochas. Adults shamelessly wearing dorky, branded reindeer antlers like they’re high-fashion hats. Boston Common was drenched in holiday spirit Thursday night as the city lit up the 53-foot-tall spruce gifted to the Hub from our pals up in Nova Scotia.

The tree, which commemorates 100 years of friendship and gratitude between Boston and the city of Halifax, dazzled attendees young and old, cheerful and jaded. The lights were turned on following a program from performers including the cast of Elf: The Musical, a gospel choir, and the Boston Pops. Fireworks accompanied the stunning display, which is one of the bevy of tree lightings ushering in the holiday season around Boston.

Here is a collection of some of our favorite photos from the 76th annual tree lighting.

Thank you to all my American and Canadian friends, and to my family — the Campbells. Tonight was truly magical. Merry Christmas! 🎄 . . . #halifax #halifaxexplosion #boston #treeforboston @bostonparksdept @nsgov @cityofboston

What a wonderful time of the year! Thank you to @BostonParksDept, @WCVB and our friends in Nova Scotia for making tonight’s Boston Common holiday tree lighting & celebration so magical. pic.twitter.com/WXcpQfvRc7

Keytar Bear is the best bear in Boston pic.twitter.com/55Ff2hSevj

Boston’s official Christmas tree is lit for the holiday season!

And the tree is lit in Boston! pic.twitter.com/iRR1uxzeDT