The frozen structures will open in Lincoln, New Hampshire in January.

A child crawls through a frozen tunnel. / Photo provided

Frozen fractals are all around in Lincoln, New Hampshire, this winter. Towering, LED-lit structures replete with cavernous rooms, slippery slides, stalactites and stalagmites, and ice thrones will be available for exploration in January.

It’s all part of New England’s own ice castle, a fantastical attraction that began with a project in a Utah yard. Brent Christensen was looking for a way to get his kids outside in the dead of winter. He began to create ice castles at home.

Over the years, they grew more elaborate—with slides, caves, and towers—and Christensen realized he could expand. Ice Castles is now a yearly winter attraction in locations across the U.S. and Canada. This is Lincoln’s fifth time hosting it. 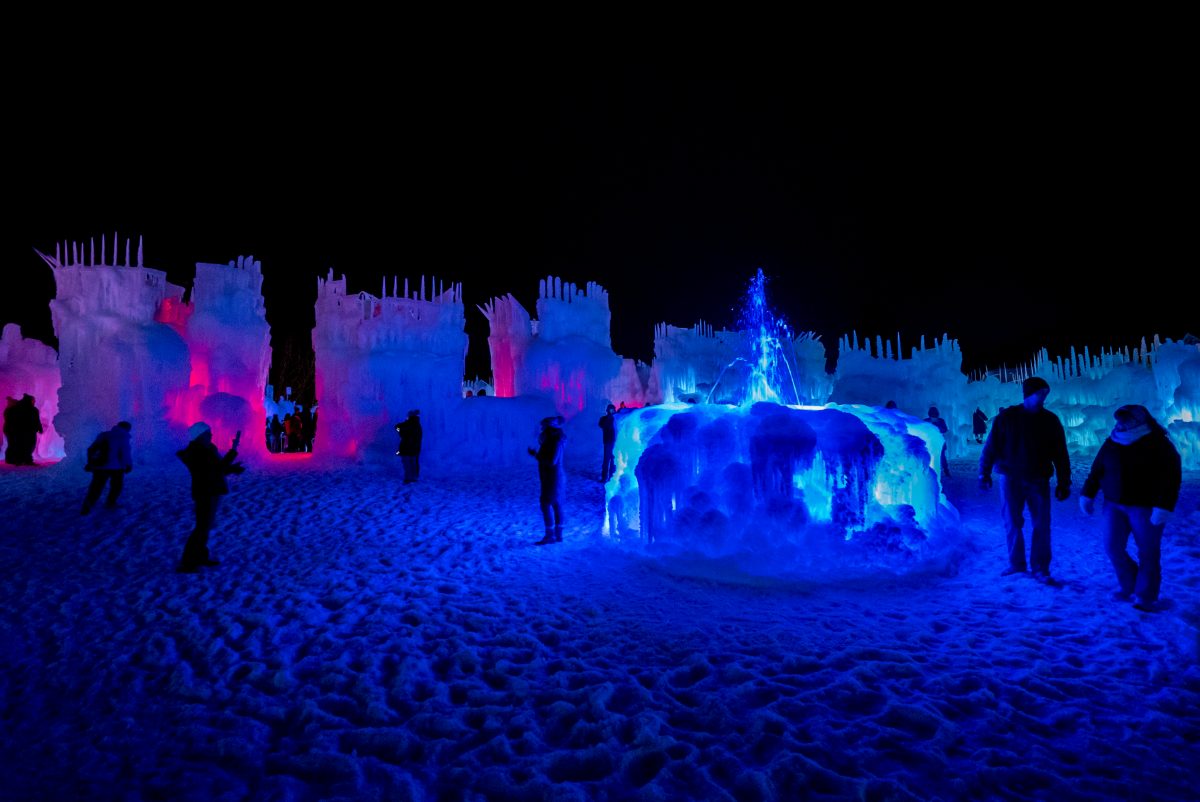 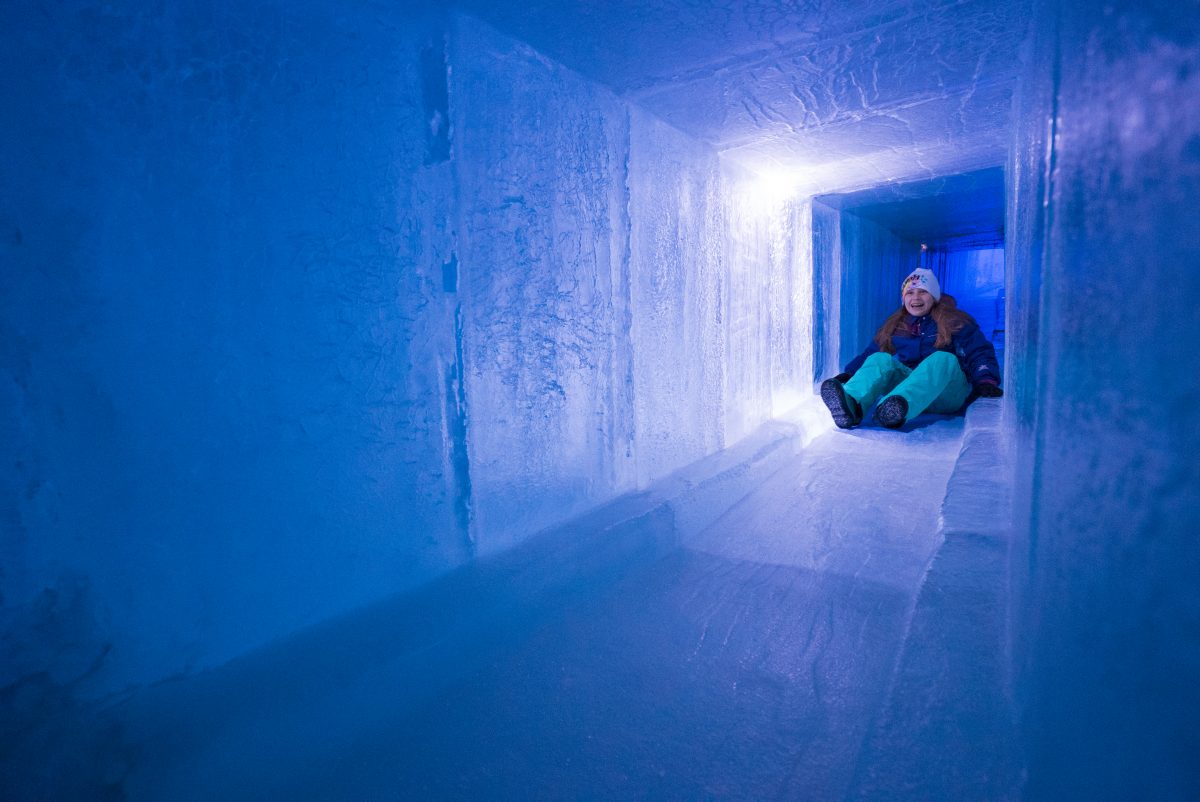 A child slides through an icy tunnel. / Photo provided

Work on the castles began late this fall, when ice artisans created tens of thousands of icicles using sprinklers. Those icicles were harvested, shaped, and placed onto existing ice formations, then sprayed with water. As temperatures fluctuate throughout the winter, the frozen structures will grow and shift in shape.

The final ice castle is gargantuan. It weighs about 25 million pounds and stretches about 40 feet into the sky. From inside the ice, color-changing LED lights glow in sync with music. Nighttime visits are especially popular.

The company has announced a tentative January 1 opening day, but for finalized details, including ticket prices, follow the Ice Castles New Hampshire Facebook page or sign up for their newsletter. 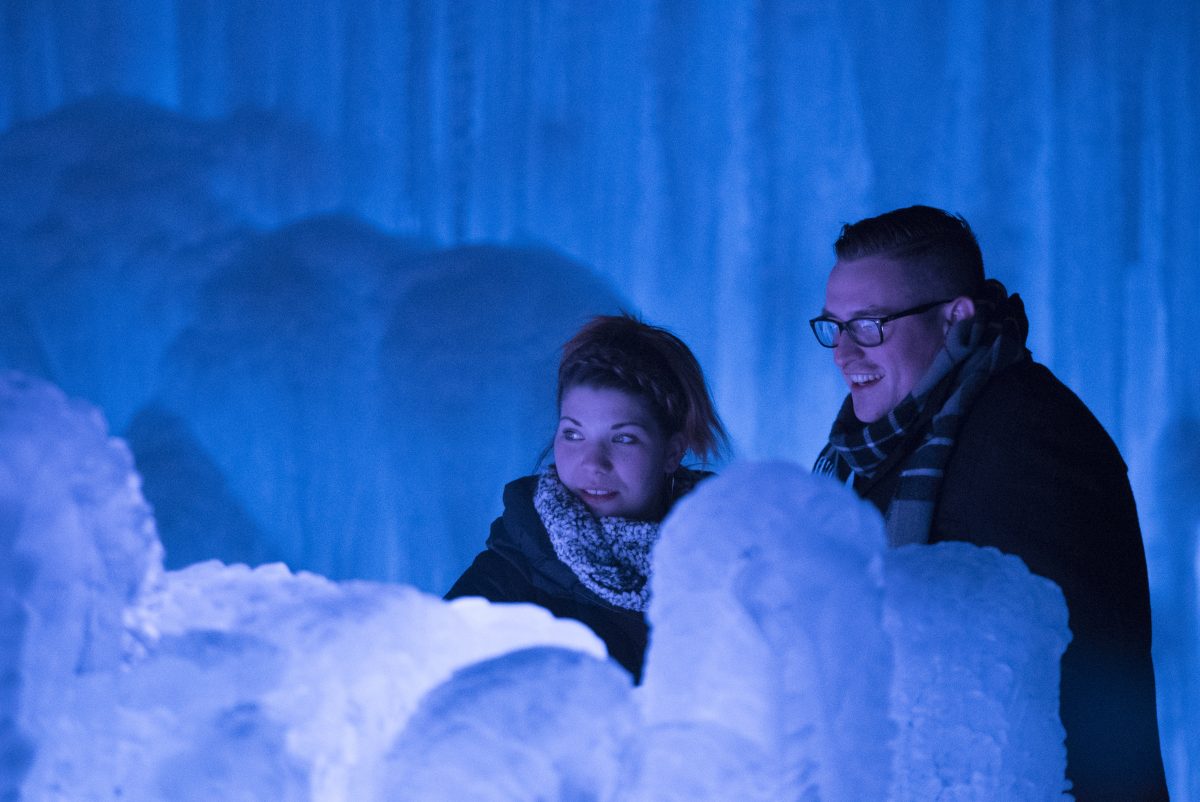 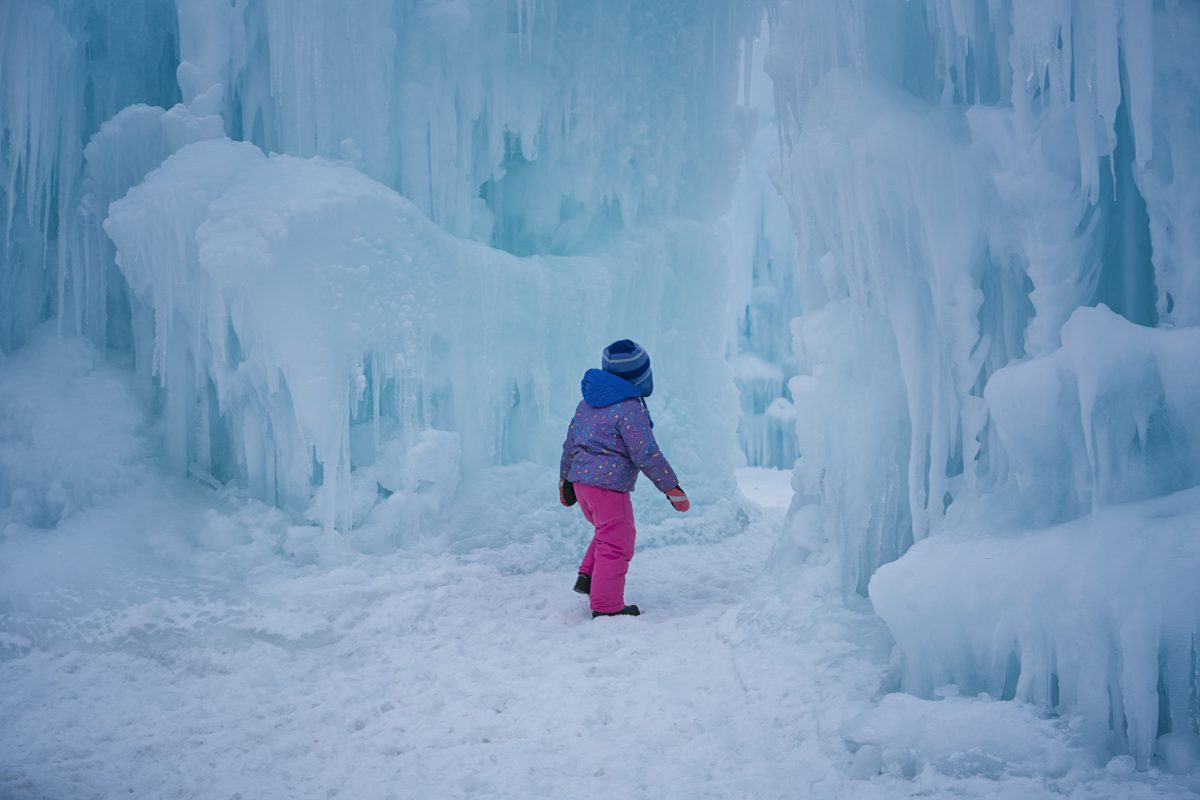 A child walks into a maze of stalactites. / Photo provided 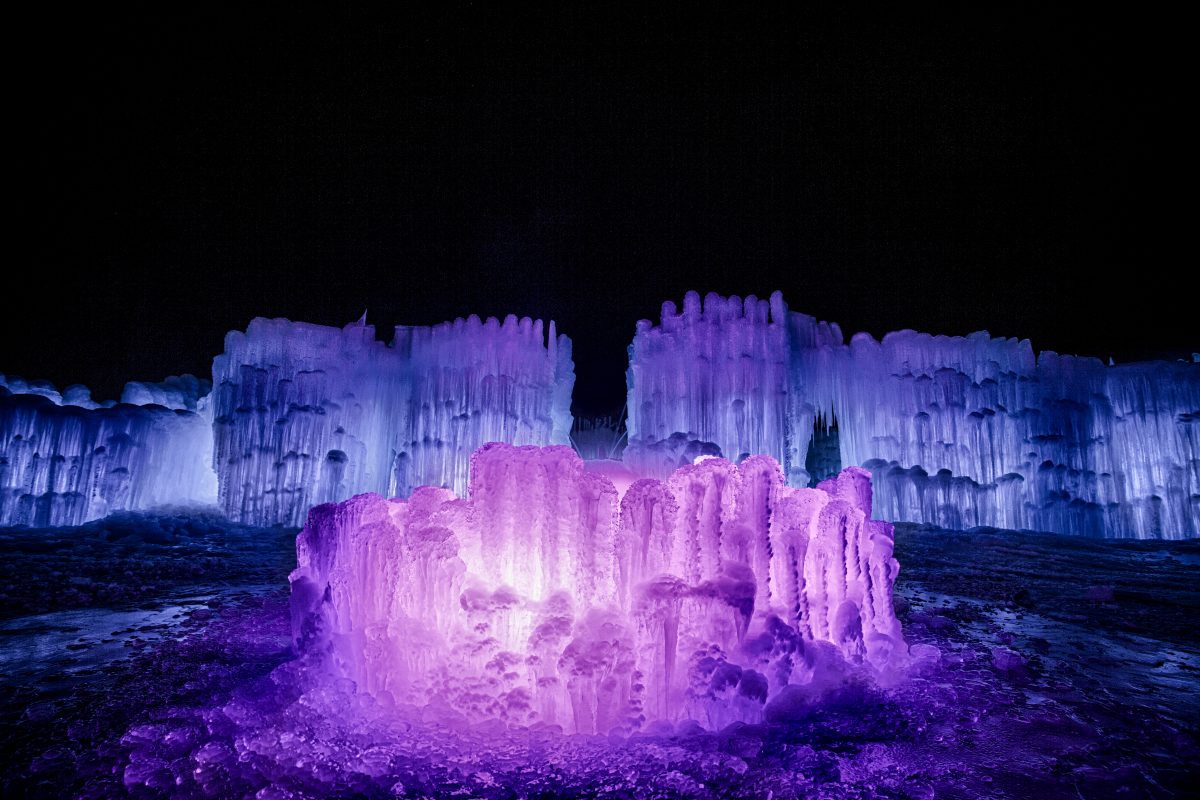 At night, the castle is lit up with color-changing LED lights. / Photo provided