A Tom Brady Documentary Is Coming to Facebook Watch 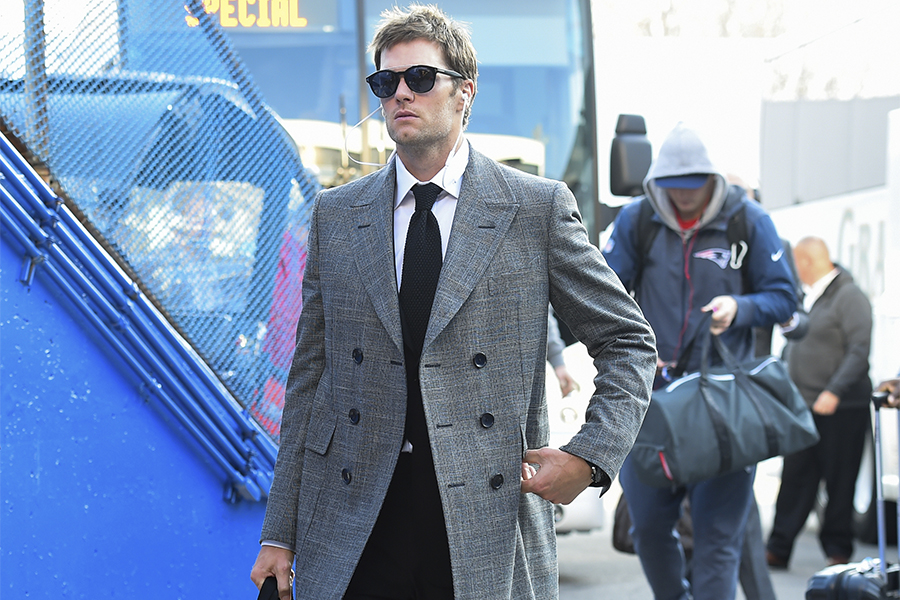 Surprise! Tom Brady has been taking part in a documentary about his life. The New York Times is reporting that a multi-episode doc about the New England Patriots’ marquee star is coming to Facebook Watch later this month, with additional episodes still being filmed by director Gotham Chopra. From their description, Tom vs. Time sounds like an unusual glimpse into the QB’s life.

In the episodes the Times was given, Brady can be seen poring over game tape, singing along to Vance Joy in the car with his kids, and going on vacation with his pals Julian Edelman and Danny Amendola to Montana. Naturally, various other Brady orbit folks appear, with wife Gisele Bündchen sitting for an interview in which she admits that football is Brady’s “main love,” and offensive coordinator Josh McDaniels connecting with Brady about new plays.

And, of course, his ever-controversial business partner Alex Guererro appears, putting Brady through some of the various exercises that have apparently contributed to Brady’s longevity. Notably off-camera, however, is coach Bill Belichick, who is “almost completely absent in the series.” The Times goes one step further, saying “it is unclear if Brady has even told his coach about the project.”

For those looking for more details into the reported rift over Guererro, though, the doc may offer few clues. Instead, it sounds like it’s more of an opportunity to witness Brady’s deep obsession with football. He calls it “synonymous with my being,” and is still fixating on that Patriots’ Super Bowl loss to the Giants, which ended their undefeated season. “You’re becoming a failure in front of everybody else,” Brady says, comparing it to “a talent show you did when you were a kid. And you’re a failure.”

It’s not all reliving the Giants game, though: You can also watch the heartbreaking betrayal of Brady’s son Jack playing a football game where he chooses Cam Newton as his quarterback, right in front of his dad. No breaks for the GOAT, it seems.

Facebook has said the release date is still in flux and dependent on when the Pats’ season ends. As to why all of this happened? The Times has only an email from Brady, saying with an impressive degree of understatement, “We thought it would be fun to record what an off-season of training looks like for a 40-year-old athlete.” Yes, Tom. That’s why everyone will be interested in this thing.

See a trailer for the documentary below.