The fashion designer is starring in a one-man cabaret at City Winery. 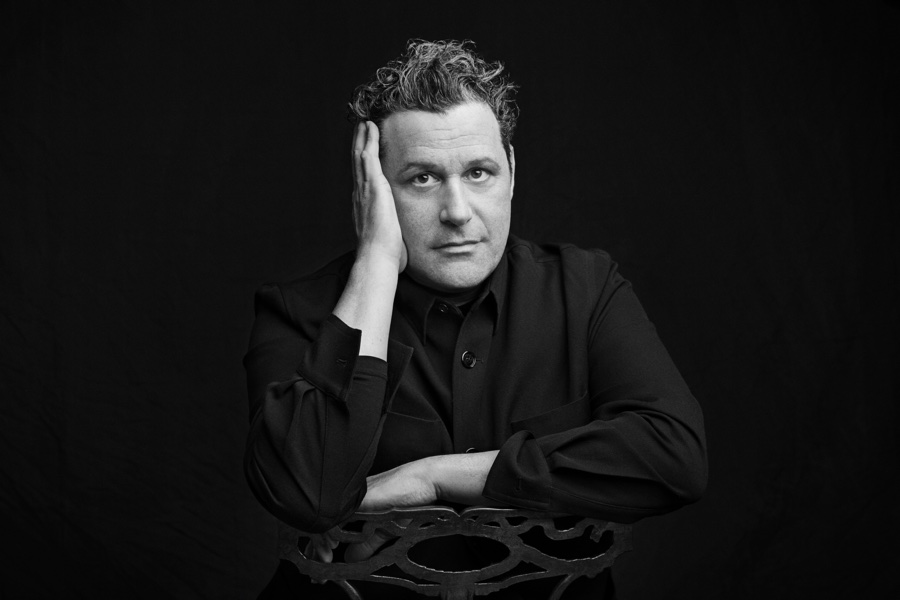 It’s hard to stay relevant in pop culture for thirty years. But during the past three decades, Isaac Mizrahi has been a fashion designer, the subject of an award-winning documentary, a businessman, and a judge on Project Runway: All Stars. Thursday night, at City Winery, he’ll add actor to his résumé when he stars in a one-man show that he wrote called Does This Song Make Me Look Fat?

The show just finished a sold-out two week run at Café Carlyle in New York City, and Mizrahi has high hopes to charm Boston crowds as well. “I gotta say, of the many times that I’ve been in Boston, I’ve always had a great time,” he says.

Though the show is described in press releases as a mix of music and storytelling, Mizrahi gave a much more colorful explanation for what his show is all about. “It’s the most ridiculous fun that you can have legally. Really, that’s the best descriptor for it. To say that I think it has some sort of purpose or something would be lying. The only purpose is a bit of escapism,” he says.

And maybe find a sitter for the night if you decide to go: “It isn’t for kids. It’s definitely adult. Other people who see it think of it as being really friendly, but I think of it as being completely soul-baring and harrowing. I heard a really good description of what cabaret is from that really cute actor, Jonathan Groff. He said something like, ‘Cabaret is like leaving your beating heart on the stage.’ In my case, it’s more like my laughing heart on the stage,” Mizrahi explains.

Although best known for his work as a designer, Mizrahi actually always wanted to be a performer. He went to the High School of Performing Arts, made famous by the 1980 film Fame, and he still thinks of those years as some of the best of his life.

“I’ll tell you what, I was saved by the performing arts. I was at Yeshiva before and I didn’t know it, but I was depressed,” says Mizrahi. And it wasn’t the easiest adjustment switching to art school.

“At Yeshiva, I was considered a kind of criminal. Really, really, religious Jews believe that art is like idol worship and the whole thing about being gay—I really did feel like a criminal. So when I went to the High School of Performing Arts, I was suddenly in the majority. All my friends were just like me and it was a great, great culture shock. It took me a year to adjust to it, it really did,” he says.

Despite finding refuge in the performing arts, Mizrahi still decided to become a designer when he graduated. For him, it wasn’t about getting rich, but about finding a way to be self-sufficient. His father was a children’s clothing manufacturer and Mizrahi was around the clothing business growing up, which made the world of design feel more achievable.

“I thought it was just a hop, skip, and a jump from that to fashion,” he says. “I understood that working in fashion was a hard road, but it was less abstract in my brain than making money as a performer. I wasn’t gorgeous, I wasn’t thin, and all of the kids in my class were, and I thought that they were all going to get cast before me.”

And yet, despite his success in the fashion industry, Mizrahi was pulled back to the stage. In the 1980s, at Joe’s Pub in Manhattan, he started performing the act that has morphed into the show he has today. Despite changes over the years, his musical director and much of his band has remained the same for the past several decades. He says that having that consistency keeps him grounded: “I’ll feel so nervous, so nervous, until the minute that I step out on stage with the boys.”

Although Mizrahi admits that he enjoys performing more than designing clothes, he has learned to combine both his trade and his art by creating costumes for the ballet, the opera, and Broadway.

But for now, his energy is really on performing. “Cabaret is such an edgy thing,” he says. “It happens in the moment. You have a set list and a few things that you’re going to talk about, but it really happens in front of the audience spontaneously and that’s the thrill of it for me.”

Rumor has it that part of his act includes handing out items from the many gift bags he’s been given. Another plus to staying relevant all these years.