Riley, the MFA’s New Bug-Sniffing Dog, Had a Big Day

The Museum of Fine Arts has some new methods to combat pests in their building. 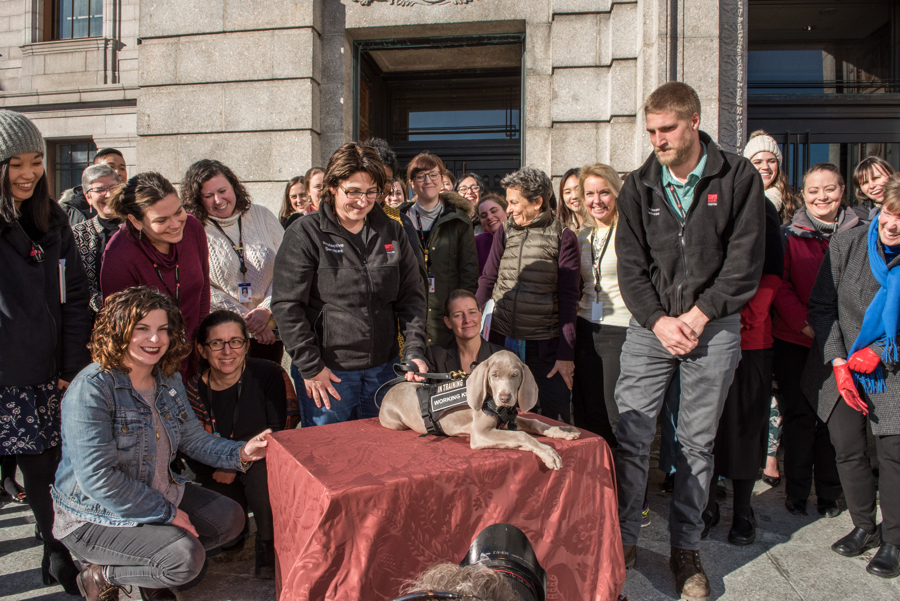 Riley, who at 12 weeks old is now the Museum of Fine Arts’ newest and youngest caretaker, has a very important job to do at the MFA.

The Weimaraner pup will be specially trained to sniff out bugs and other pests in the museum’s collection, including new artworks delivered to the institution. Museum staff say it’s an innovative way to keep art from getting chewed on by nuisances like moths, and that, as far as they know, the MFA is pioneering the idea. Most of his volunteer duties will happen behind the scenes, so museum guests aren’t likely to run into him. 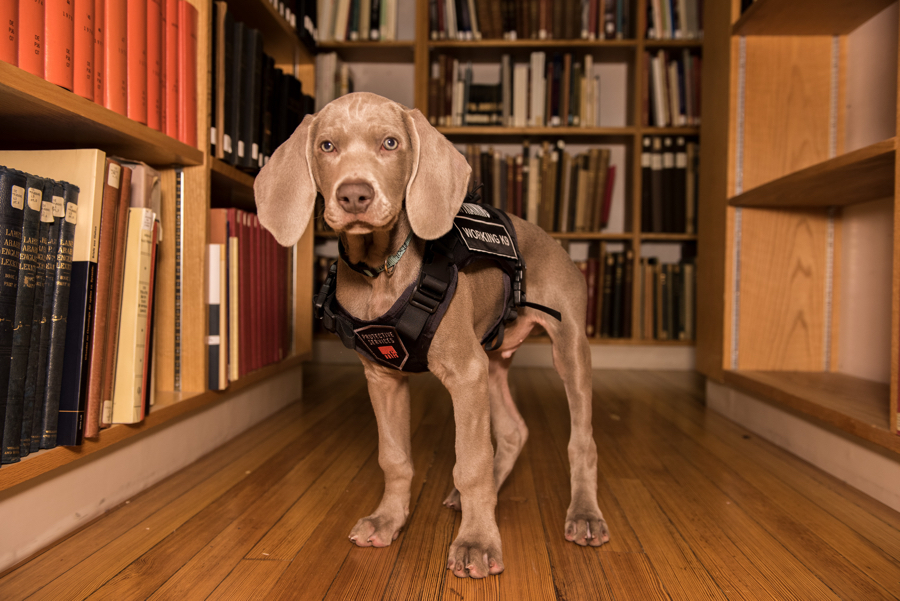 Riley made his big debut outside the MFA on Wednesday afternoon, where he lounged on a table, posed for photos with staff, and even had microphones from local media thrust toward his snout. 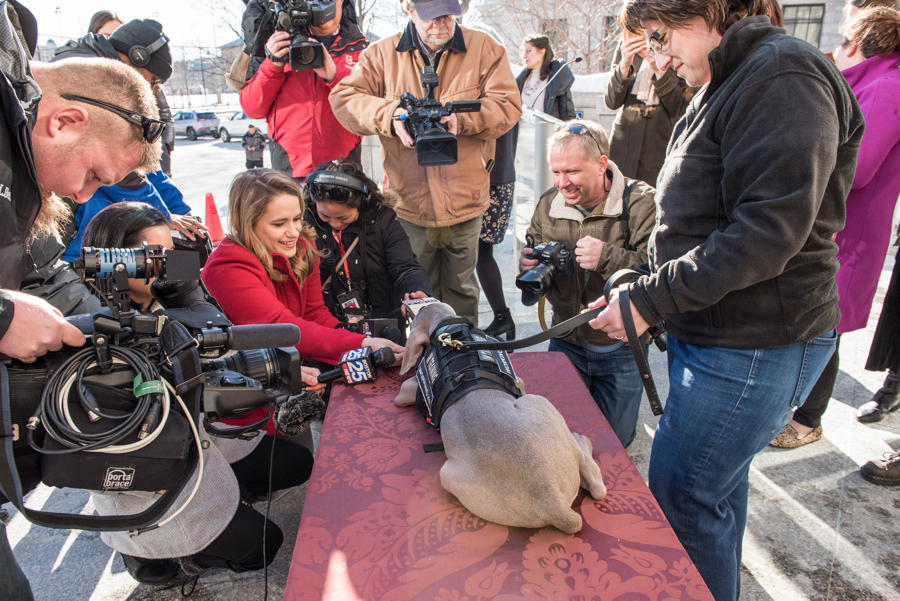 A treat for a good boy after his first public appearance 🐶 You may not see him roaming around the galleries, but he’s got an important job to do behind the scenes. We look forward to sharing Riley’s progress! pic.twitter.com/VTLxTa0aKJ

We are thrilled for this cute little guy. Look at those huge floppy ears. He’s adorable, and we’re so proud of him. Good luck chasing those moths, big guy.

Check out his little vest! 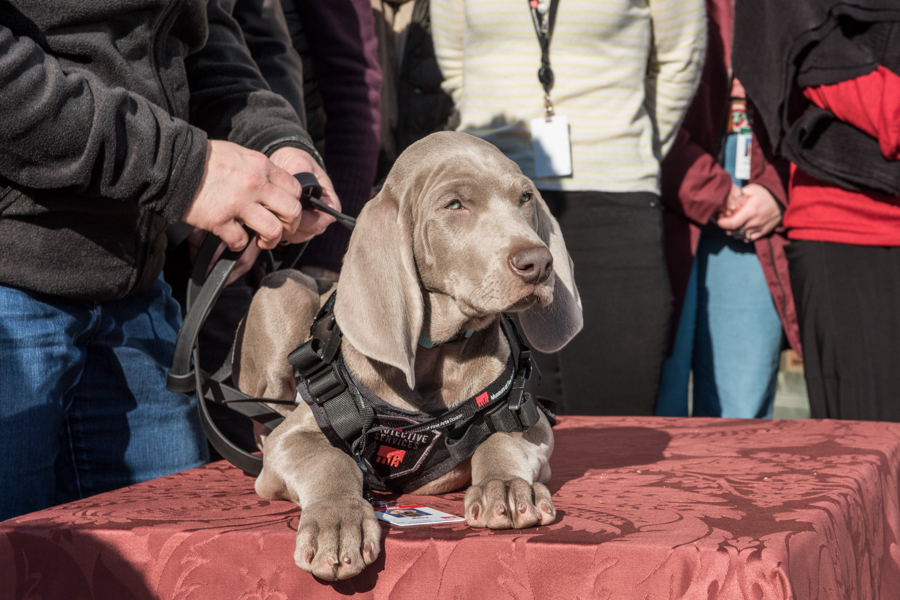