Including "Art in the Age of the Internet" at the ICA, CRASHfest, and more. 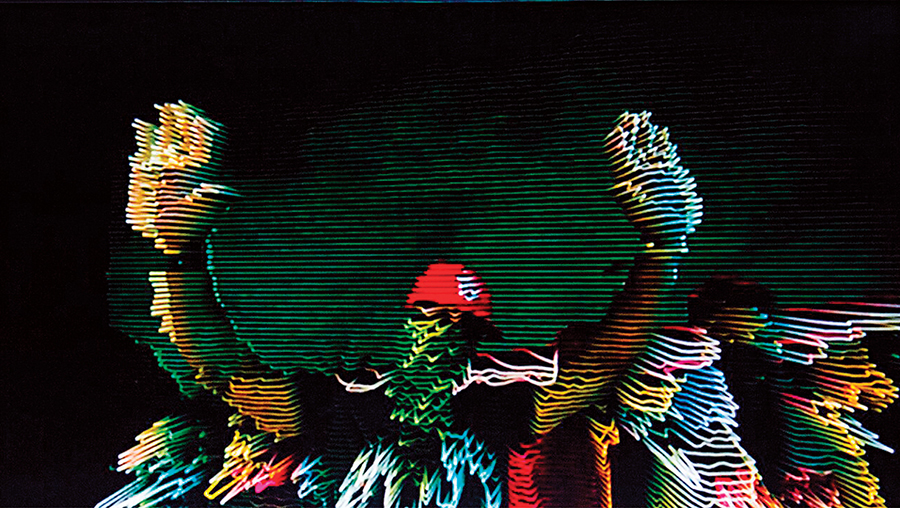 The World Wide Web has been a source of wonder, resistance, and free communication, as well as a catalyst of chaos and dystopia. It’s also spawned some stunning artistic endeavors. In the first major U.S. exhibition on how the Internet has influenced generations of art, the ICA has assembled more than 70 works from 60 artists, bringing into sharp focus themes such as globalization, surveillance, and community-building.

The panoply of names involved is a who’s who of visual artists, including multimedia supernova Nam June Paik, photographer Cindy Sherman, electronic conceptual artist Rafael Lozano-Hemmer, and the global arts collective HOWDOYOUSAYYAMINAFRICAN?, whose far-flung members regularly use Skype, email, and texts to collaborate.

Boston has never seen a spectacle quite like The Roots, an original work led by choreographer Kader Attou. The show combines hip-hop dance with ballet, acrobatics, and performance art in a way that’s energizing and beautiful.

Avast, ye landlubbers, and drop anchor at this massive showcase of all things nautical. Moms and dads can scope out the 600-plus boats, while the kids can explore a genuine U.S. Coast Guard craft, play on a 40-foot inflatable humpback whale, and make their own toy boats.

It’s rare to see a member of Led Zeppelin in person, let alone legendary lead singer Robert Plant. But forget Zeppelin. Since the ’80s, Plant has pieced together one of the most consistently excellent discographies of any solo artist. His latest, Carry Fire, features his versatile backing band, the Sensational Space Shifters, who provide Plant with a trademark blend of rock, world music, and electronics.

Call it the clash of the laughs: For 14 years running, ImprovBoston has brought in the top college improv groups from around New England to perform over three days and crown one the funniest. Can last year’s winner, UMass Amherst’s Mission: IMPROVable, take the crown again?

The House of Blues turns into an atlas of sound with World Music/CRASHarts’ annual celebration of global musicians, from Malian guitar star Vieux Farka Touré to the all-female mariachi band Flor de Toloache and Cambridge’s own Só Sol.