Stay tuned Friday on Twitter as Boston's beloved art museum takes on the Philadelphia Museum of Art for an afternoon of hometown pride trash talk. 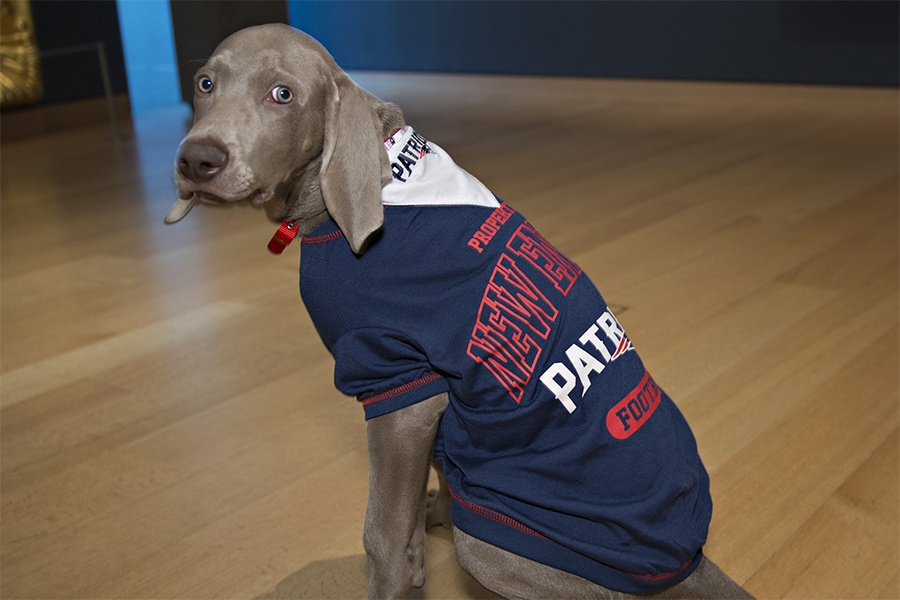 It’s hard to escape Super Bowl fever in Boston. First, eagles were banned on the Esplanade and a local bakery refused to sell Philadelphia Cream Cheese. Then, the Mayor of Brockton joined a battle of the Rocky statues. Now, this Friday at 3 p.m., the Museum of Fine Arts and the Philadelphia Museum of Art will go head to head on Twitter for the #MuseumBowl. Both cities are home to America’s founding fathers, so it’s fitting that these historically-rich museums are set to duke it out.

The MFA has a few tricks up their sleeve, having large expectations to fill after their last Super Bowl throwdown with Atlanta’s High Museum of Art. Last year, famous historical portraits were edited with various Patriots motifs, such as this viral image of a Bill Belichick-inspired John Adams.

This Wednesday, the MFA will light up their Huntington Avenue façade in patriotic red, white and blue until Friday evening. Riley, the MFA’s adorable pest-sniffing dog, will sport a Patriots bandana to support his favorite team.

However, it’s not just the MFA that’s gotten in on the fun. The Museum of Science has also been engaging in some Twitter warfare, with some jabs at the Franklin, Philadelphia’s own science museum.

A Giant Heart is hard to beat @TheFranklin, but not so hard when you have the two greatest of all time (in their respective eras). #ScienceSuperBowl pic.twitter.com/mBzbvkQpGR

Hopefully this year’s #MuseumBowl brings as many brilliant lines as last year’s. May the best Tweets win.

.@HighMuseumofArt FYI: This is what a Super Bowl victory party really looks like! It's OK, we know you haven't been to one #MuseumBowl #SB51 pic.twitter.com/ErNQU41EKX