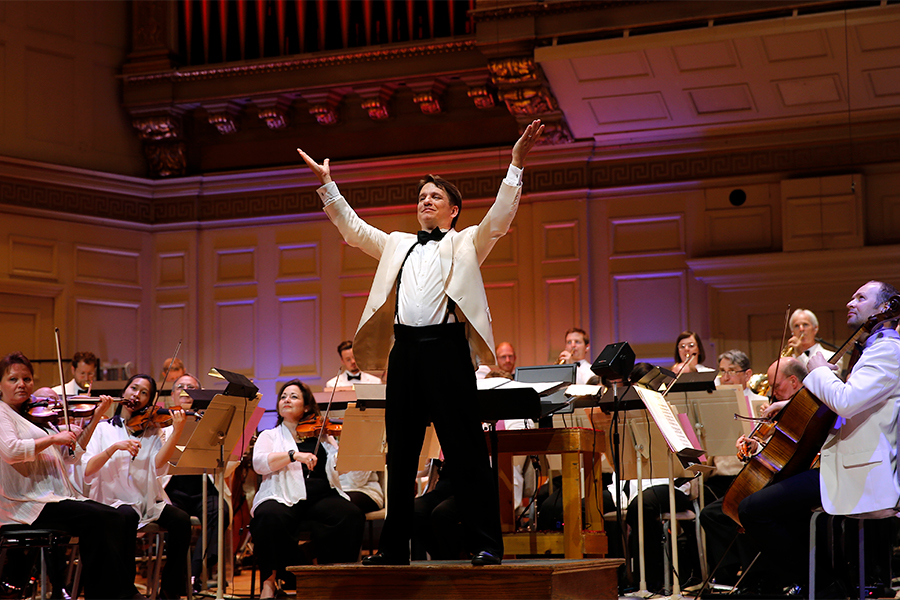 The Boston Pops has announced its lineup for the 2018 spring season, premiering May 9 with a performance from pop singer Andy Grammer. The group will also be celebrating legendary Broadway composer and Lawrence native, Leonard Bernstein, in their 134th season. Bernstein made his professional conducting debut with the Pops back in 1941.

A concert performance of West Side Story will be held on June 15 and 16 and a semi-staged production of On the Town will occur on May 31 and June 1. A total of five concert performances will be dedicated to Bernstein during the summer of the centennial of his birth. 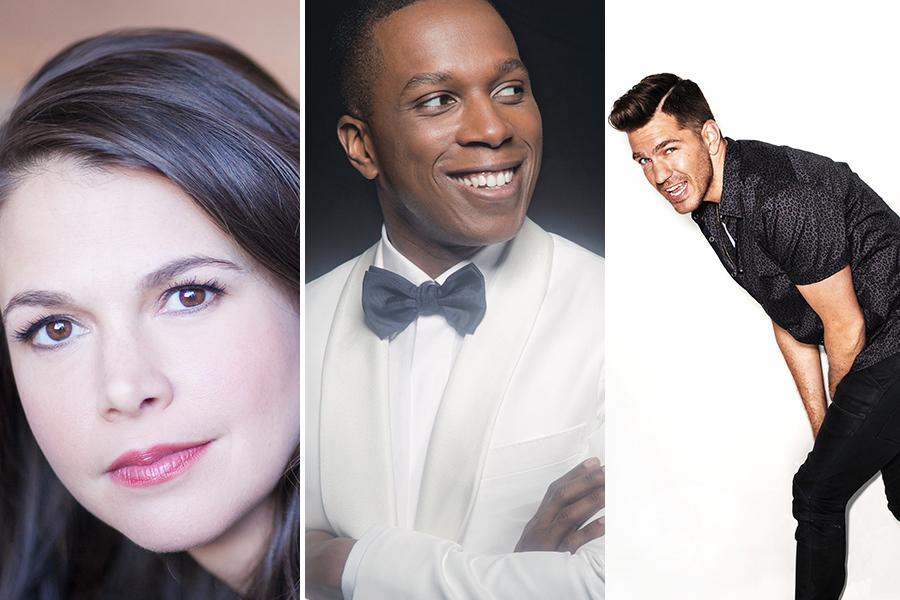 Three of the headliners for Boston Pops include Sutton Foster, Leslie Odom, Jr., and Andy Grammer. / Photo of Foster by Laura Marie Duncan, Photos of Odom and Grammer provided

But Bernstein isn’t the only Broadway figure getting some attention. Two-time Tony Award winner Sutton Foster, currently starring in TV Land’s Younger, will be in a Broadway Celebration on June 6 and 7. And Hamilton may be headed to the Boston Opera House in September, but if you’re already stressing about the prices, Hamilton star Leslie Odom, Jr. is returning to the Boston Pops stage from June 12-14.

Alfie Boe—an acclaimed British actor and singer known for his role as Jean Valjean in Les Miserables in the UK—will be headlining the Rock the Pops event. Hits from Pink Floyd, Queen, the Who, the Rolling Stones, and Led Zeppelin will be bursting from the Hatch Shell on the Esplanade on May 15 and 16.

Keith Lockhart will be conducting for his 24th season. He’ll also be leading a “Dance to the Movies” program featuring performers from Dancing with the Stars, So You Think You Can Dance, American Idol, and The Voice on June 9.

Lockhart will also be conducting Disney’s Broadway Hits, featuring performances of songs from Beauty and the Beast, The Little Mermaid, Aladdin, The Lion King, Mary Poppins, and more. Do your vocal warmups so you’re ready for any singing along on May 12 and 13.

And, of course, John Williams will return for movie night on May 23 and 24, where he’ll conduct new selections from Star Wars: The Last Jedi. The annual gospel night with conductor Charles Floyd returns June 2.

Details on the Boston Pops Fireworks Spectacular will be announced later this spring. The spring season concludes June 16.

Tickets go on sale Monday, February 26 at 10 a.m. at bostonpops.org.