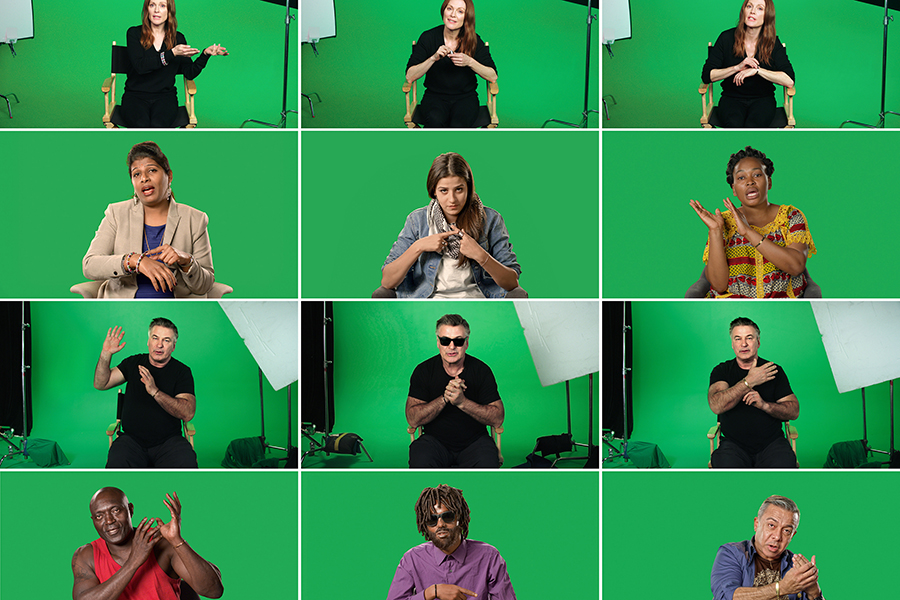 What’s the best way to tell a story? A new exhibit at the Museum of Fine Arts asks big questions about narrative voice and storytelling structure by using a few A-list stars.

“Love Story,” by Berlin-based artist Candice Breitz, is a two-room video art installation making its U.S. debut here. The piece draws attention to the refugee crisis and forces the viewer to think about how they consume first-person stories in the media.

“This particular piece really speaks to our current political movement, specifically the refugee crisis, and raises questions about community and immigration that are very relevant to use here in the U.S,” says MFA curator Liz Munsell.

Alec Baldwin may be best known these days for his ongoing Saturday Night Live work as a professional Donald Trump impersonator, while Julianne Moore recently graced the screen as the villain in the Kingsman sequel, but both of them filmed performances for the piece. In this exhibit, they each appear on-screen, their familiarity and personalities used as a tool to explore how the public internalizes narrative stories from strangers versus celebrities.

“The piece does a lot of justice to the stories of six refugees, but it’s not necessarily about the stories as it is about how we experience these stories,” says Munsell.

In the first room of the exhibit, viewers watch Baldwin and Moore tell first-person narratives from the viewpoint of a refugee. Baldwin and Moore are alone on the screen, with no props, backdrops, or supporting images. 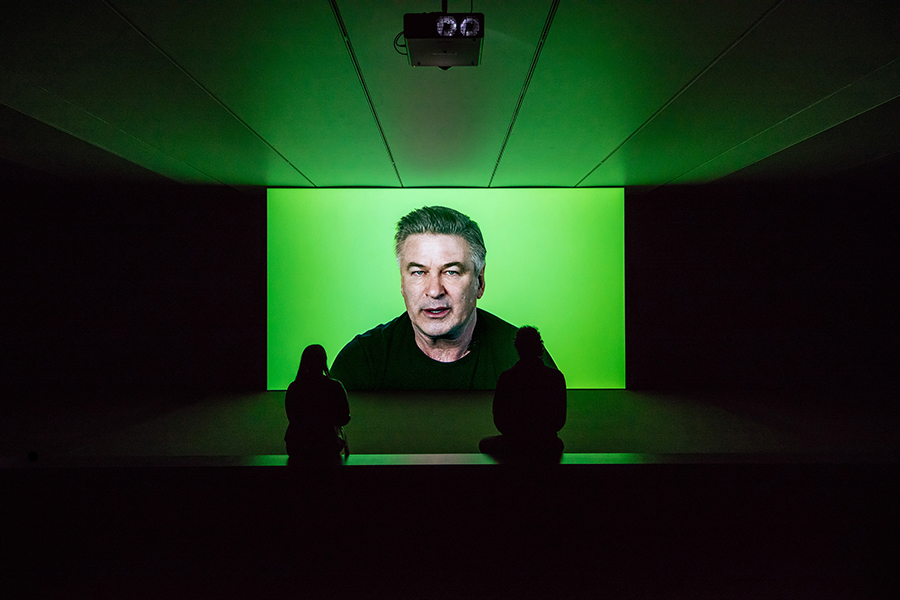 In today’s modern era of constantly-refreshed Twitter feeds and high speed breaking news cycles, the piece begs the question: How differently do you consume stories when heard from a famous face, versus from a total stranger? Celebrity cameos are a common advertising tactic, and this piece explores how star power affects our understanding of a story by juxtaposing the familiar next to serious, unfamiliar stories.

The second space of the installation projects the same narrative with the same green-screen setup, but this time told by refugees themselves. Each refugee has fled their country in response to situations of war.

Breitz has captured accounts that range from a competitive swimmer in war-torn Syria to a transgender activist from India.

While some of the interviewees made national headlines, such as the elite swimmer—who, along with her sister, saved 20 passengers when their search-and-rescue boat failed, a story detailed in her interview—many others have received little-to-no coverage by mass media.

“In our culture today we are constantly consuming media,” says Munsell. “We might not be tuned into how it’s working on us, and I hope the viewer will become more aware of how we consume stories.”