It Was Massachusetts Night on “Jimmy Kimmel Live” 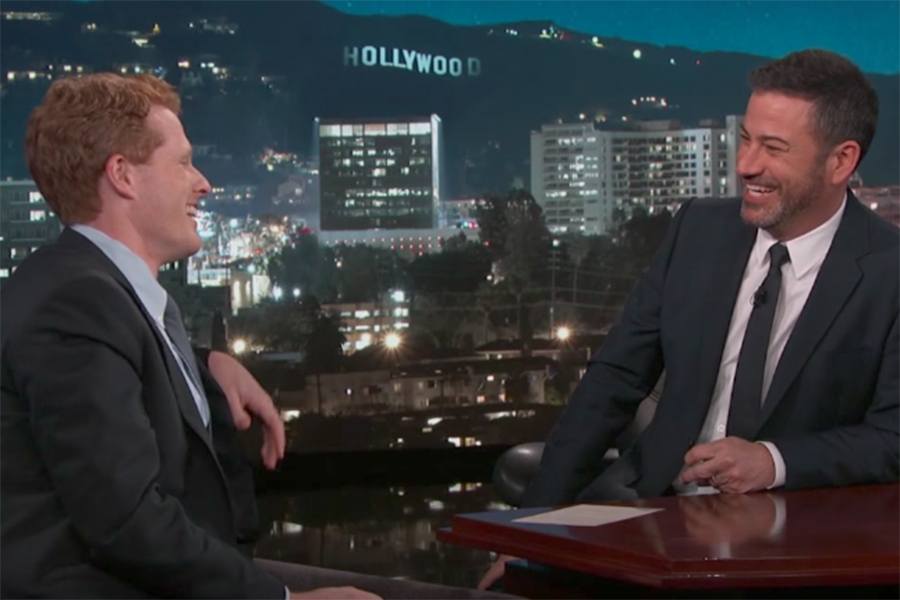 Jimmy Kimmel may as well have shown up in a Patriots beanie toting a dozen doughnuts from Dunkin’.

Cena, whose new movie Blockers opens on Friday, described his friendship with Dwayne Johnson in his signature over-the-top, hilarious way and issued an important public service announcement about not being the worst person when trying to turn left at an intersection.

The West Newbury native also told Kimmel that he’s not the only member of his family who caught the WWE bug. Cena’s father, also named John Cena, is a huge fan of the sport and started doing some shows of his own. Naturally, he used his own name. And naturally, that caused a few fans to scratch their heads.

“He piggybacks off my notoriety and begins to work localized shows in the New England area, using the name—you guessed it—John Cena,” the actor and more famous John Cena said. “[It was] much to the dismay of the local audiences at these shows waiting to see John Cena, and in fact seeing John Cena. … I had to have a little talk with the old man. … He now goes by the moniker John Fabulous.”

Kennedy—whose lips did not appear at all chapped—followed the actor and told Kimmel about his experiences in the Peace Corps and in Congress. He skirted Kimmel’s question about a potential presidential run and admitted his Republican colleagues in Congress are also sometimes thrown for a loop when the president tweets.

The Brookline Democrat also joked that he wasn’t quite sure if being tapped to give the State of the Union response in January was a punishment or an honor. He said he was thrilled to have given the speech, which was broadly well-received by Democrats, and noted that he’s now the owner of a very large collection of lip balm.

“I have gotten tubes of Chapstick from every damn corner of this country,” Kennedy said. “It will never die.”