The two are reportedly hitting it off and everyone is talking about it. 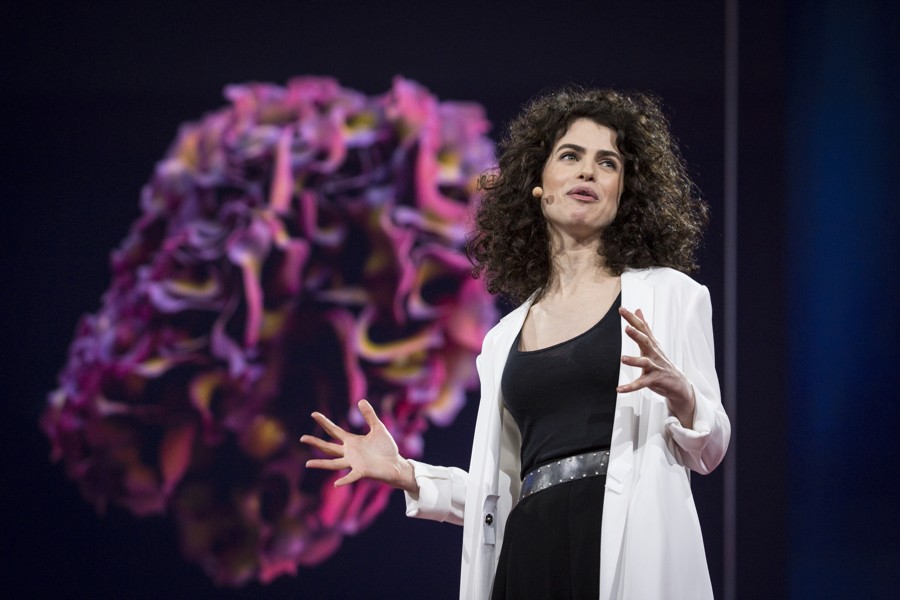 Brad Pitt has reportedly been palling around with MIT genius and all around very cool person Neri Oxman, and the internet is aflame with speculation.

Page Six got the rumor mill turning on Thursday when it reported that the actor has befriended the “rockstar” professor, a prominent figure at the MIT Media Lab (which is arguably the coolest of the MIT labs).

Apparently the two of them met while collaborating on some sort of architectural project, and ever since, a source told the gossip page,  he’s been “very interested in spending more time with Neri, she is fascinating.” It’s not clear what that project was, but Pitt is involved with an organization he founded in 2007 called Make It Right, which builds affordable homes, and Oxman has a background in architecture.

As is to be expected, there has been a deluge of speculation that Pitt and Oxman are an item, but apart from the two spending a lot of time together, there doesn’t appear to be any evidence that’s the case.

“This is best described as a professional friendship.”” the source told Page Six.

From what we know about her, there are plenty of reasons to want to hang out with Neri Oxman.

Oxman, a 42-year-old born in Israel, garnered renown for her work with 3D-printing, design, and architecture. According to her MIT profile page, she’s a leading expert in Material Ecology—a term and field of study she literally invented—which describes ways in which “products and buildings are biologically informed and digitally engineered for, with, and by Nature.”

She also has varied interests. Asked by Boston to describe what inspires her in 2011, she listed Hubble telescope space photographs, architects like Frank Lloyd Wright, gazpacho, and “Walden Pond at peak fall foliage.”

She’s also something of a style icon. The Boston Globe featured her in its 25 Most Stylish Bostonians list in 2012, and she recently combined her interests in fashion and technology at a #techstyle exhibit at the Museum of Fine Arts, for which she helped produce this 3D-printed dress: 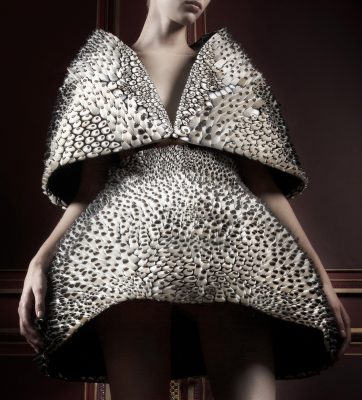 Her work has also been featured in MoMa, Boston’s MFA and Museum of Science, and the Smithsonian. Ever heard of them?

And on top of all that she tweets stuff like this:

Who needs fireworks when you can order a meteor shower online while playing Ludwig’s Quartet Op. 135. Borodin’s 14′ 45″ is metaphysics.

In an age when we can prime deliver beating hearts on collapsible drones, love is the ultimate currency.

Embracing ambiguity may well be as life-sustaining as raw almonds and SPF. IOW — if you can afford a one way sojourn to Mars on a rainy day, make it round.

But again, there is as of yet no concrete evidence that the two are anything more than friends who share common interests. Pitt is currently on the market, so to speak, as he has separated from wife Angelina Jolie and is finalizing a divorce. But Oxman, reportedly, is not. As Page Six has reported, Oxman has been dating a billionaire investor named Bill Ackman for the past seven months. Ackman has a lot on his plate at the moment, and, we have to assume, is the world’s most stressed out man.