Amy Schumer Talked about her Honeymoon with Stephen Colbert

The I Feel Pretty star said on The Late Show that she and Martha’s Vineyard chef Chris Fischer enjoyed lots of carbs in Italy. 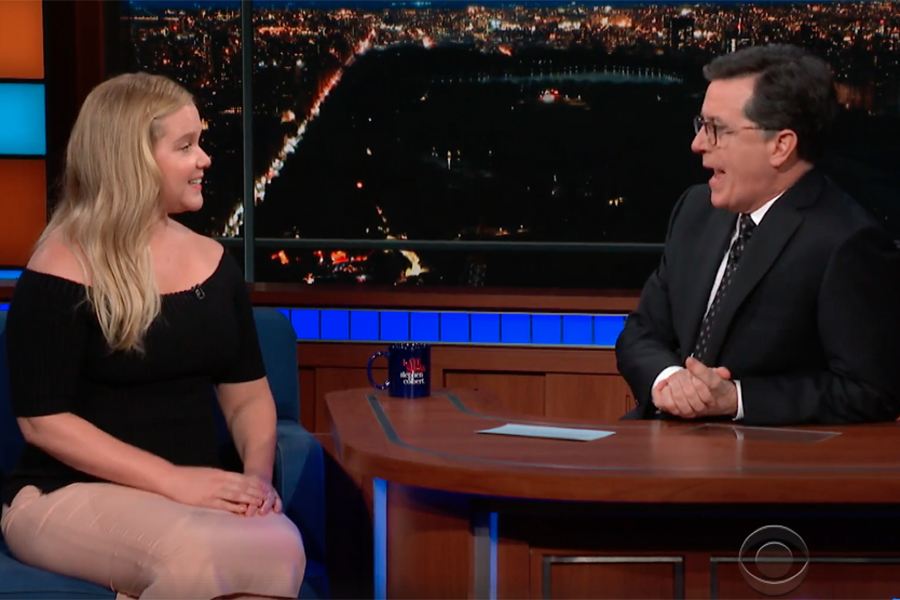 Photo via Facebook/ The Late Show with Stephen Colbert

“I never even thought about it,” the stand-up comedian told Late Show host Stephen Colbert on Monday night. “Little girls play wedding, bride, and I just, no. I was dressing as fortune tellers.”

The two tied the knot in a private ceremony in Malibu in February in front about 80 guests, including Larry David, Jennifer Aniston, and Jake Gyllenhaal. And on Monday, the actress—after jokingly denying her nuptials took place—told Colbert how the couple celebrated their honeymoon.

“He’s a chef, so he was cooking in Sonoma at Scribe Vineyards, so I followed him there,” Schumer said. “And then he was cooking at a festival in Milan, and I heard they invented pasta and wine, so I’ve just been following him around.”

Schumer wasn’t especially forthcoming with details beyond the fact that the 10-day honeymoon was filled with food, and Colbert remarked that he seemed more excited about the trip than she did. But then, the host hit a nerve.

Schumer did not share a cliché story about swimming with dolphins with her new husband, but she did leap to the defense of her beloved carbs. Colbert mentioned some people, particularly those in the public eye, eschew the pastas and pizzas of the world to preserve their waistlines, and the actress was so distraught, appalled, and beside herself that she immediately needed a hug. It was a relatable reaction for anyone who has ever eaten a bowl of pasta.

The interview continued with chatter about Schumer’s new movie, I Feel Pretty, which follows a recently empowered woman as she navigates life with newfound confidence. The movie has absolutely nothing to do with pasta, but luckily, being married to a chef as accomplished as Fischer bodes well for Schumer’s continued access to very high-quality nosh.