Lauren Kidwell heads back to Boston with The Sound of Music from May 1-13. 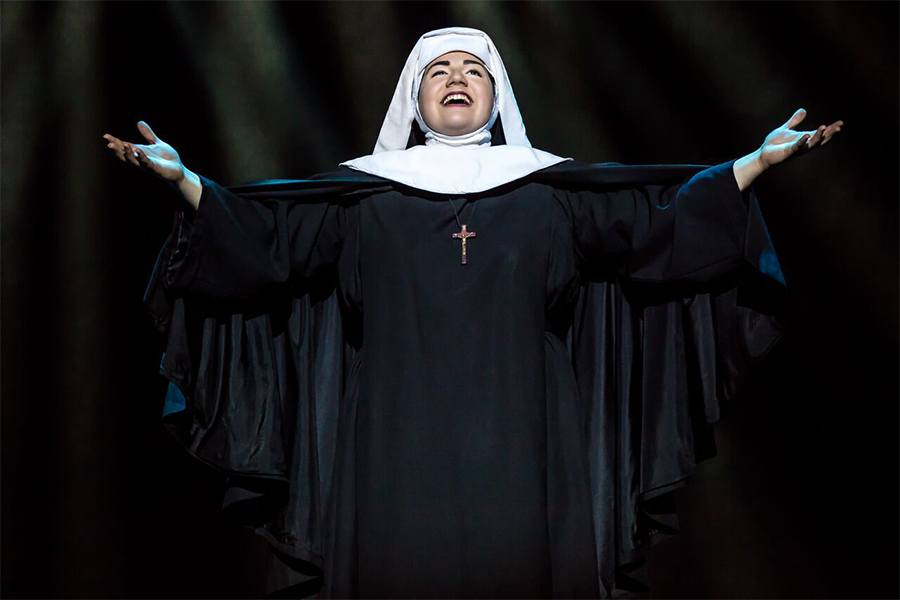 Lauren Kidwell plays The Mother Abbess in the national tour of The Sound of Music. / Photo by Matthew Murphy

When she graduated from undergrad at California State University, Fullerton, Lauren Kidwell was set to pursue a career in directing. One impulsive audition later, she switched gears and has pursued a career on the stage ever since.

That life-changing moment happened when a friend told her about auditions for a new Masters of Fine Arts in Musical Theatre program at the Boston Conservatory, and Kidwell decided to apply. She was accepted on the spot and moved across the country to Boston.

After receiving her degree from the Boston Conservatory, she headed off to New York City to be as close to the musical theater action as possible. She’s now playing the Mother Abbess in the national tour of The Sound of Music, which begins a two week stand in Boston May 1.

It’s perhaps no surprise that the fateful audition went well—Kidwell comes from a very musical family. She says they were often compared to the Von Trapps when she was growing up, because of their collective musical talents.

“My dad writes music and we all grew up listening to Rogers and Hammerstein and watching all the movies, and definitely The Sound of Music,” she says.

After living nearly her whole life on the west coast, she’s an east coaster now. And the return to Boston is a sentimental one.

“I tell people that if New York did not have the opportunity for musical theater as much, if it wasn’t the epicenter for Broadway theater, I would live in Boston in a heartbeat,” says Kidwell.

She spent three years in Boston and says she felt connected to the people, making her homecoming in May all the more special.

“There’s such an amazing quality to the people who live here that they’ve got that Boston pride and they’re tough and they pull themselves up by their bootstraps, but they’re also incredibly warm and incredibly inviting. I love the people here,” she says.

Kidwell is following in some very distinguished footsteps in her current role. Many greats have played the role of Mother Abbess, from the original Peggy Wood to Audra McDonald in The Sound of Music Live!, the 2013 NBC production. 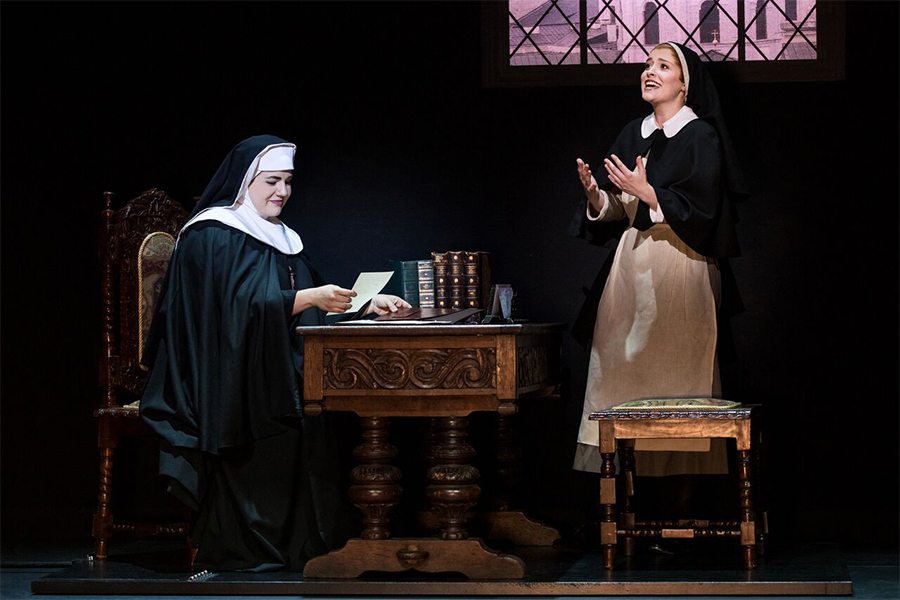 Lauren Kidwell as The Mother Abbess and Jill-Christine Wiley as Maria Rainer. / Photo by Matthew Murphy

And she’s earning some pretty positive reviews while she’s at it. After a recent performance in Tulsa, Oklahoma, the Tulsa World said, “[Her] act-ending performances of ‘Climb Ev’ry Mountain’ are maybe the best moments in the show, as she delivers this hymn-like tune with a passion and power that sends chills down one’s back.”

If the vocal talent required is hard, portraying Mother Abbess is arguably more difficult. The character is complex, but it’s a role that Kidwell feels connected to. Kidwell admires the character and the choices she makes to help the Von Trapp family.

“It’s really my character who decides to unlock the gate and open it and let the Von Trapps through, knowing full well that this might cost her her life,” she says.

It’s an important story to tell, even so long after the war ended. Many people connected to religious institutions were credited with saving lives during World War II, helping Jews and others escape Nazi terror.

The show still has the bubbly numbers that you grew up listening to, but Kidwell says the historical context is equally important.

“It really infuses this production with a kind of energy and a kind of danger that I think not a lot of people remember from The Sound of Music,” says Kidwell. “To me, what makes this show important is, what do you do about it? What do you say? How do you react to some kind of danger like that? And that’s more important I think than anything else.”

Kidwell has grown close to the cast and crew of the show. With over 200 shows in 10 months on the road, they’ve become a very tight-knit group.