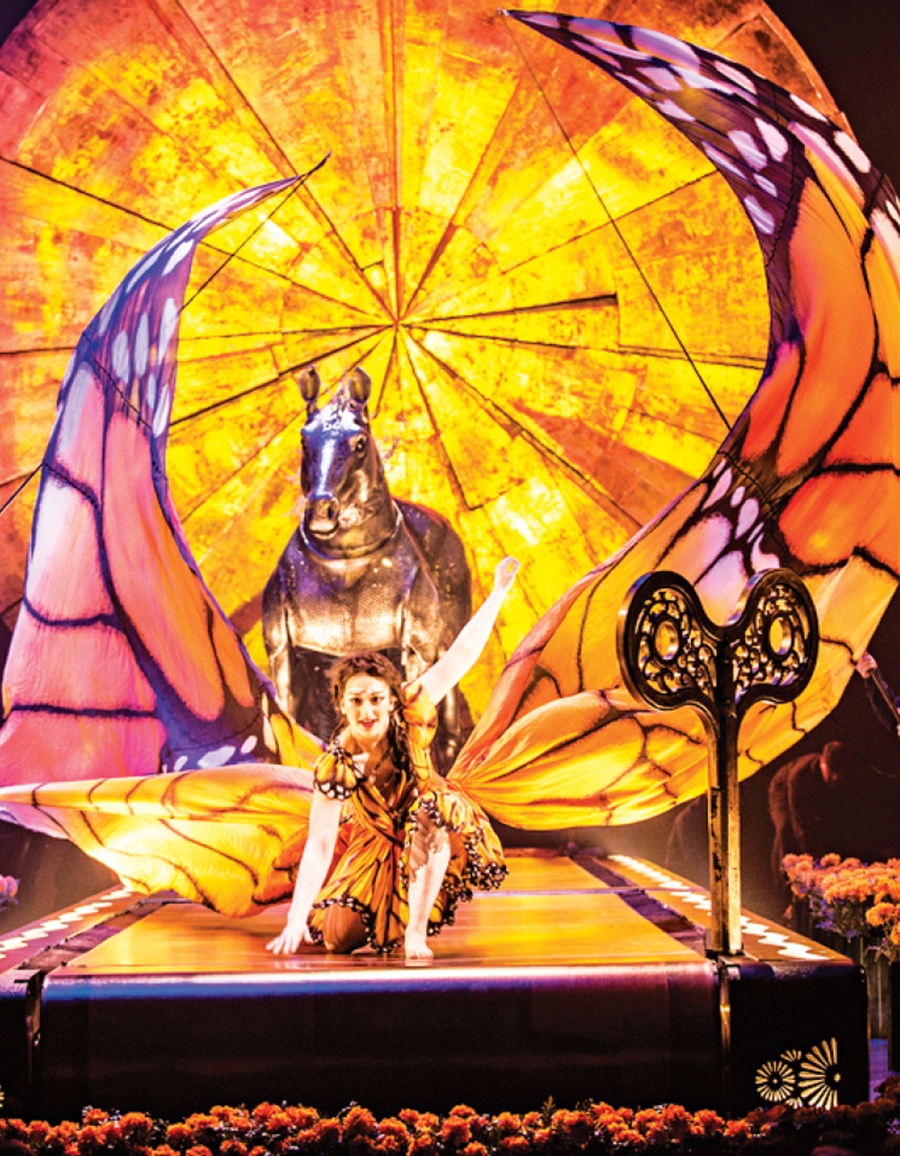 Cirque du Soleil returns to Boston with a dizzying production that looks and feels like a rollicking hallucination. Inspired by lucid dreaming, Luzia whisks the audience away to a surreal Mexican landscape populated by hoop-diving hummingbirds, cenote-dwelling demigods, and pole-leaping acrobats possibly under the influence of peyote (no, really). The show’s name combines two Spanish words, luz (light) and lluvia (rain)—imagery the production uses to evoke Mexico’s beautiful and unpredictable terrain.

Luzia marks a few milestones for the storied Cirque du Soleil. It’s the first big-top production to feature water: Thanks to crafty engineering, 1,585 gallons pour onto the performers and into a basin during every show, only to be recycled for the next performance. And even the Luzia tent is unusual—instead of the familiar yellow-and-blue stripes, visitors will be greeted by gleaming white peaks bedecked in celestial motifs related to the show. Of course, not everything’s changed. You can expect Cirque’s signature heart-stopping gymnastics, rain or shine—just with a few more cacti than usual.

Fancy yourself a storyteller? This live event gives brave volunteers five minutes to recount their best “end-of” tale, from breakups to layoffs to graduations. Prefer to keep your embarrassing moments to yourself? No worries; it’s just as fun to listen.

For the first time in a century, the frolicking maenads and satyrs chiseled into the Gardner’s famed Farnese Sarcophagus will be getting some room to spread out. This month, the ancient artwork moves from its longtime residence in the courtyard to the Hostetter Gallery, where all four sides will now be visible. The viewing party lasts all summer—togas optional.

Venture beyond the realm of summer blockbusters with Rox Film, which marks its 20th anniversary this year. For 10 days, the fest takes over local venues to screen documentaries, shorts, and features highlighting the experience of people of color, and also hosts panels, workshops, and networking events. 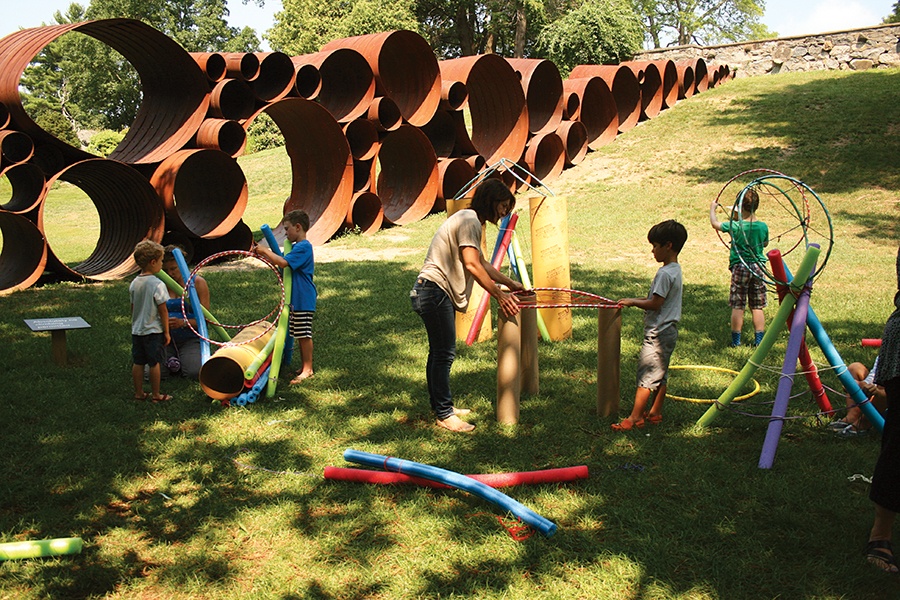 Head to Lincoln for a day of al fresco music, arts, and crafts. Browse wares from local vendors or see if your short game is up to par on a mini-golf green placed alongside Jim Dine’s Two Big Black Hearts. Refuel with your pick of pints: Both Ben & Jerry’s and Acton’s True West Brewery will dispense refreshments.

Calling all Children of the Revolution: Baz Luhrmann’s beloved musical pastiche hits the pre-Broadway stage this month. With superstars Aaron Tveit (Les Misérables) and Karen Olivo (West Side Story) and an updated book by Tony winner John Logan, the show will be nothing short of “Spectacular, Spectacular.”

Every summer, sleepy North Adams transforms into one of the hottest destinations around, thanks to Mass MoCA’s packed lineup—which this year includes reclusive blues master Ray LaMontagne alongside none other than indie-folk star Neko Case. Expect tunes off their new albums: LaMontagne’s sultry Part of the Light and Case’s fiery Hell-On. 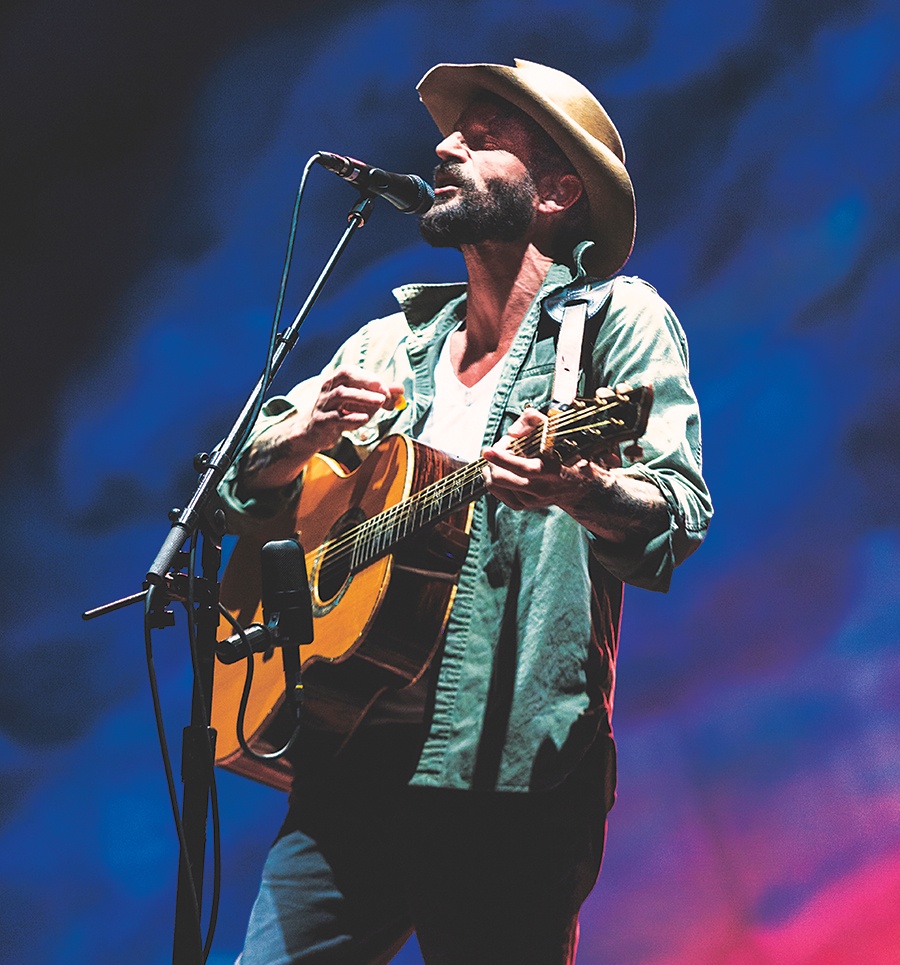