"It's the coolest thing I've ever done," he says. 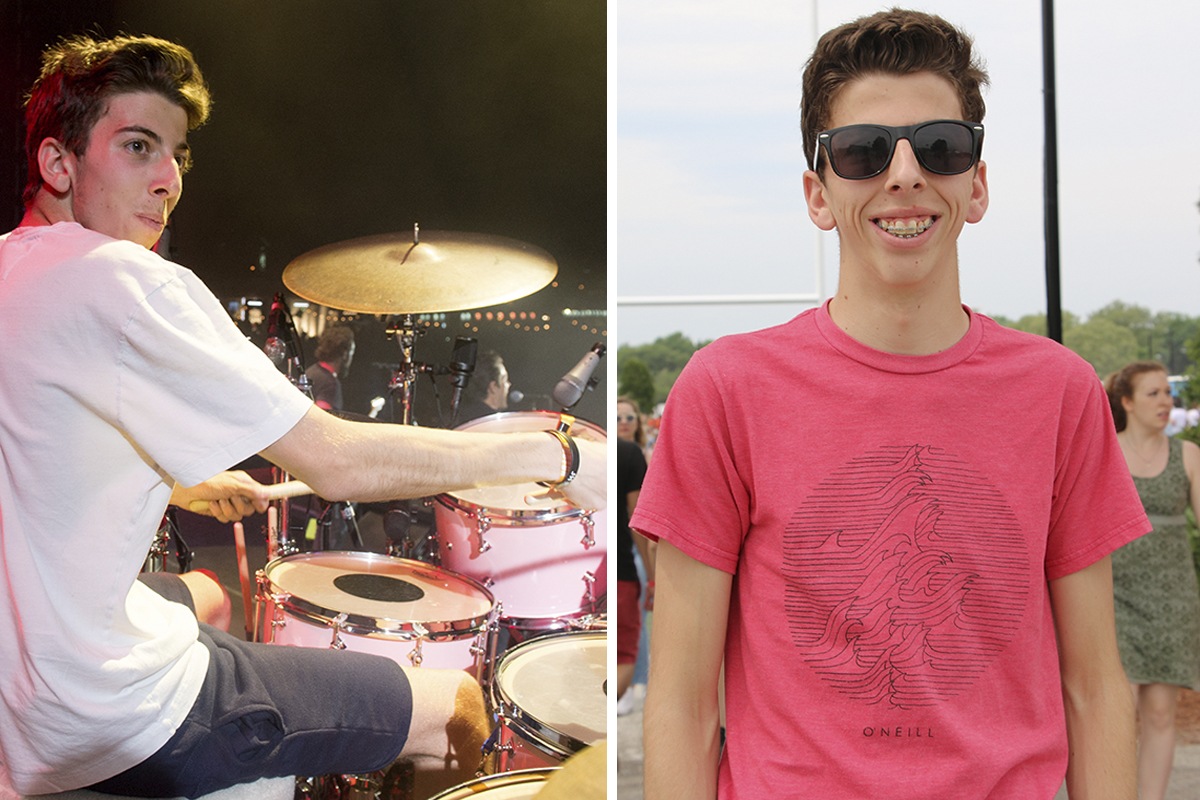 When 17-year-old Nick Evans told classmates at Cohasset High School about his big plans for Boston Calling, they thought he was nuts.

“I was telling people, like, ‘Hey I’m gonna go play with the Killers at Boston Calling.’ And no one believed me,” he says. “No one gave me the time of day. Everyone thought there was no chance and it was just some pipe dream.”

But last night, his dream became a reality, when the Friday night headliner spotted him waving a sign, and invited Evans to give it a try.

It’s a lot of pressure, getting up there in front of all those people. But Evans, who says he’s been practicing the song nonstop for the last month-and-a-half, pretty much nailed it, and even managed to slip in a quick drum solo at the end.

“I started out, when I first got up there, being nervous,” he says. “But then I went from being absolutely terrified to being like, I just looked out on the crowd and I was just like, ‘It’s go time.’”

This has apparently become a new tradition at Killers concerts, dating back to January of this year, when the band brought a fan onstage in Philadelphia to play “For Reasons Unknown,” a song from the band’s 2006 album Sam’s Town. They’ve since let a handful of other drummers play the song while they’re on tour. Evans wasn’t the only one trying to be next in Boston. He says he saw at least two other people with signs just like his, hoping to catch the eye of lead singer Brandon Flowers. But it was Evans’ lucky day.

Celebrity status has followed him around the festival ever since. Fans who recognize him call him “Nick from Boston,” which is how the band introduced him on stage (as we spoke on Saturday afternoon near the festival’s arched entryway, several people came up to shake his hand). “It’s the coolest thing I’ve ever done,” he says.

Evans has a flair for the stage. He was recently named Cohasset High’s Mr. Skipper after winning the annual pageant, where he and a friend performed a rap. “That was 500 people,” he says. “This is 20,000.” 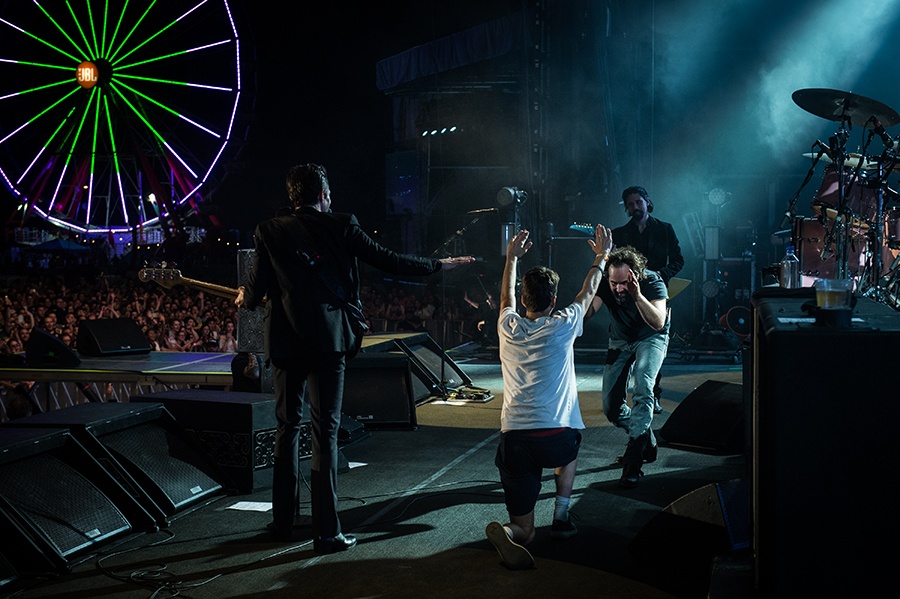 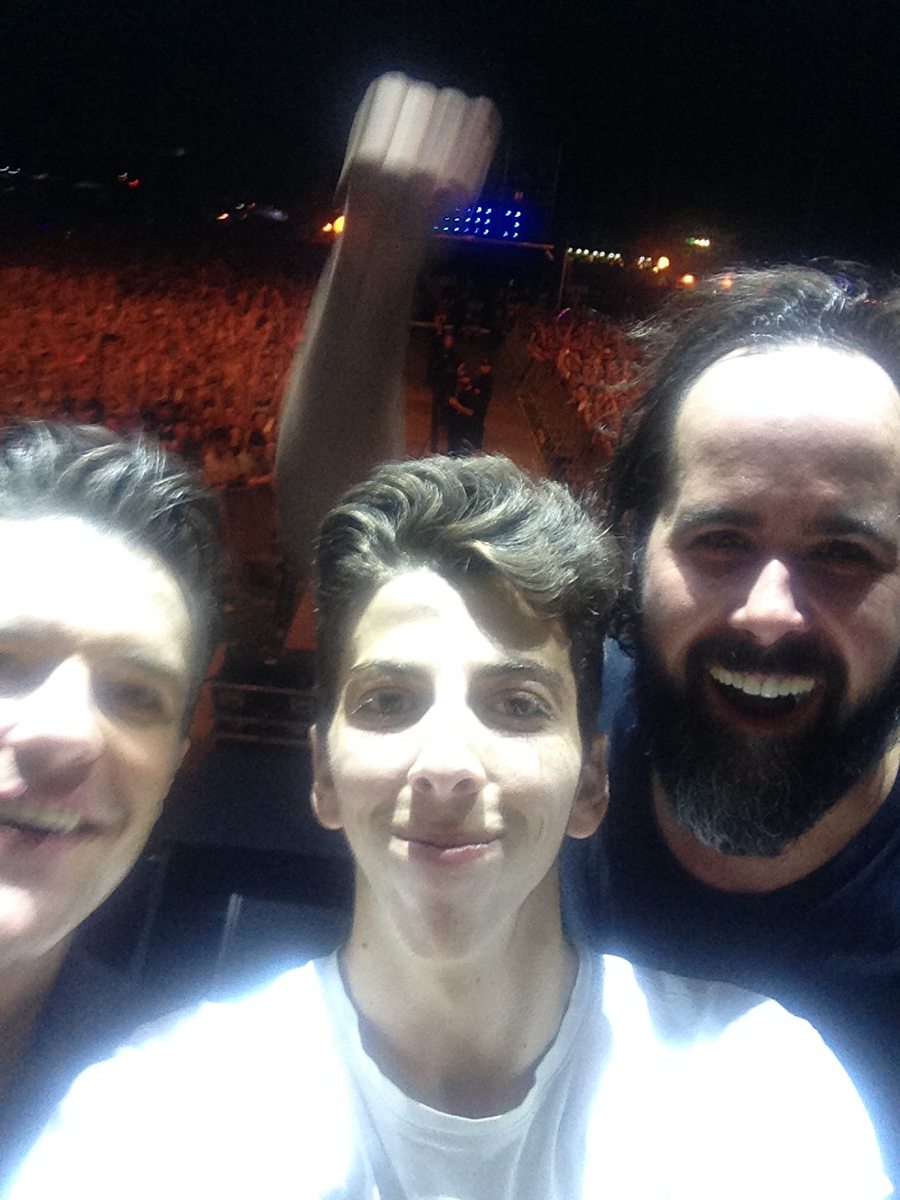