Stormy Daniels Is Coming to Springfield 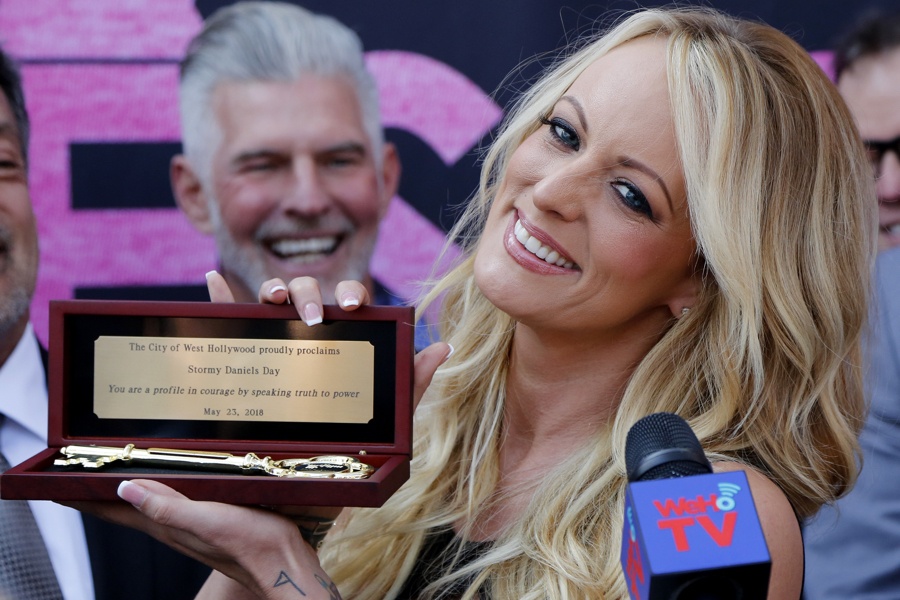 Stormy Daniels shows the key during a ceremony for her receiving a City Proclamation and Key to the City on Wednesday, May 23, 2018 in West Hollywood, Calif. (AP Photo/Ringo H.W. Chiu)

Born Stephanie Clifford, the actress has been making appearances at clubs around the country, attracting audiences of Trump fans, Trump critics, and those who just want to get an up-close and, ahem, intimate, look at someone who has become an unlikely media star of this presidency.

As you probably know, Daniels says she slept with Trump in 2006, just four months after the birth of his youngest son. She has since gone public about the Trump campaign’s efforts to keep her from discussing the alleged affair in the run-up to the 2016 election, including a $130,000 hush money payment from Trump’s now-embattled attorney Michael Cohen. She and lawyer Michael Avenatti, who has become a celebrity of his own this year, are suing to be released from her agreement to keep quiet, arguing it’s invalid.

“It’s gonna be HUUUGGGGEEE!” the club wrote on Facebook. “Stormy Daniels will be performing for everyone, and she will also be available for photo’s, autographs and private dances!”

After that, she’ll appear for one night each at clubs in East Windsor, Connecticut and Providence, Rhode Island.

What’s in store in Springfield? MassLive reports she’ll dance to several songs, including the Lenny Krativz cover of “American Woman.” While they tend to attract a lot of attention and frequently sell out, Daniels’ performances themselves have received lukewarm reviews. Some appearances, including one held conspicuously near Trump’s golf course in West Palm Beach, have been met with small protests.