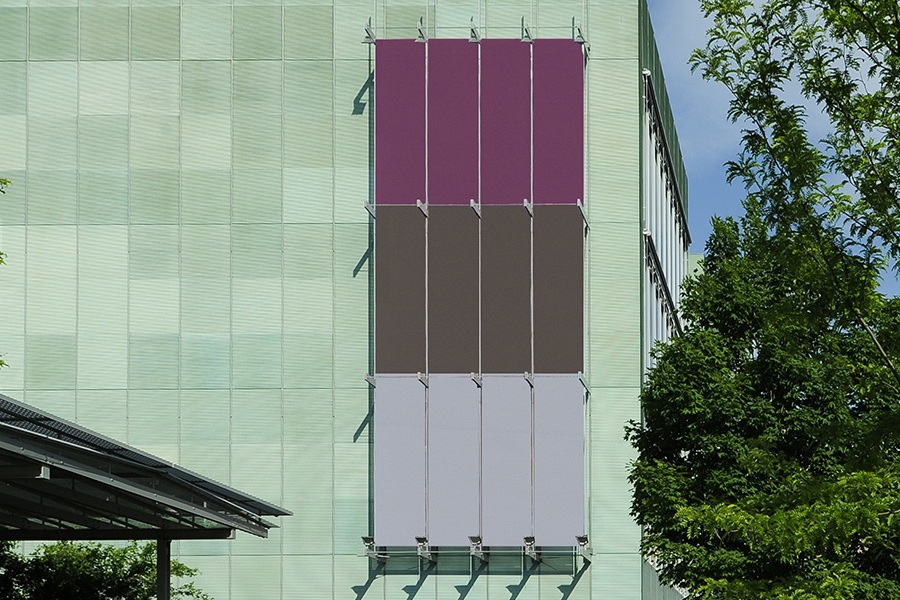 Jarring images of the arrest that led to Freddie Gray’s death inundated the internet in April 2015. In one photo, the 25-year-old black man was limply carried off the street by Baltimore police officers. In another, he lay in a hospital bed on life support following a spinal cord injury sustained while he was in custody.

The photos are brutal. They’re painful. They’re seared into many observers’ memories. And Boston-based artist Steve Locke wanted to transform them into a gentler remembrance for Gray.

Rather than relying “on the spectacle of black pain to get the message across,” Locke says his forthcoming work, Three Deliberate Grays for Freddie (A Memorial for Freddie Gray), takes a less direct approach. When the piece, which adorns a façade of the Isabella Stewart Gardner Museum, is unveiled Tuesday, onlookers should not expect a classic depiction. Though Locke, an artist-in-residence at the Gardner and an associate professor at the Massachusetts College of Art and Design, was trained in portraiture, his gigantic work is deliberately abstract.

“To capture something like that in traditional portraiture leads you down a path where you’re trying to make some sort of heroic image, and what happened to Mr. Gray wasn’t the result of heroism, it was the result of brutality,” Locke says. “I had to figure out another way to work.”

The result is a mammoth 32- by 16-foot assembly of monochrome panels. Locke used only three colors, each the average hue from a widely-circulated photo of Gray, to form the work. The artist says his piece creates a timeline of Gray’s life that observers can then connect with the familiar images of his death.

“I don’t have to make an image of Freddie Gray dying,” Locke says. “We already have that image. So now I want people to mourn that loss.”

Locke says his piece was inspired by Three Deliberate Greys for Jasper Johns, Brice Marden’s 1970 monochromatic painting in the same style. He says he has no precise expectations for viewers’ reactions to his work.

“I think people are going to think about whatever they think about,” he says. “These are really beautiful colors. They might think about ice cream. But when you think about something like that, and you find out what it really is, why wouldn’t you want to remember [Gray] in the glory of a summer day? I think that’s a beautiful thing.”