What's it like to be an arts advocate in a city that's already bursting with culture? The work never stops for Georges, who aims to infuse every corner of civic life with poetry. 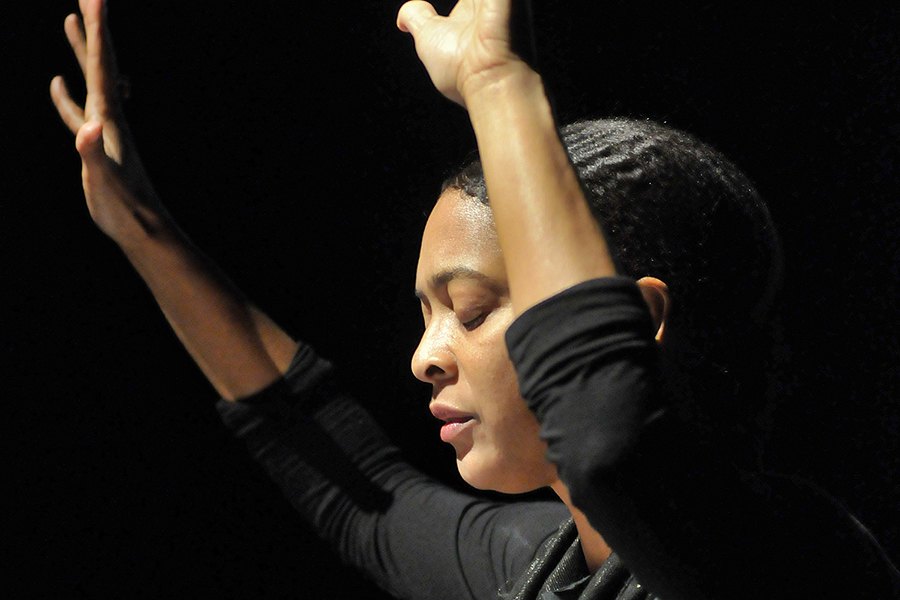 Photo by Craig Bailey / Provided by City of Boston

Boston isn’t short on artistic flair. From the new fog sculptures set to debut in the Emerald Necklace this summer, to the classical works that comprise the Museum of Fine Arts’ impressive collection, we’re practically tripping over beauty. (And, if you’ve ever stumbled on the uneven cobblestones of Acorn Street, then you’ve literally tripped over beauty.) But art in Boston is so much more than the city’s stunning visual aesthetic, and it’s Danielle Legros Georges job to celebrate the literary splendor all around town. As the Hub’s second ever poet laureate, Legros Georges works to infuse civic life with the power of language through public readings and events.

Since assuming the role in 2015, she’s partnered with the Mayor’s office to edit an anthology of contemporary Boston poems; helped launch a poetry and photography project detailing the lives of Mattapan residents; and created a poetry workshop for the seniors at Mount Pleasant Home in Jamaica Plain. We spoke to Legros Georges—who, in addition to being an acclaimed poet, is also a professor at Lesley University—about the spots in Boston she finds most inspiring, why the city benefits from having someone in her position, and more.

How is the poet laureate selected?

The poet laureate is appointed by the mayor upon the recommendation of a committee, and I was appointed back in 2014 to fill a term that would run from 2015 to 2019. I was encouraged by one of the committee members, and at first, I thought, “No, I have a busy schedule, plus there’s a very public-facing aspect of the role.” I have been, until fairly recently, a very private person. I’m an academic, I teach, which involves some outward facing work toward students, but in general, I have not been a public figure. … I thought, “Oh my goodness, this is part of it, how’s it going to go?” But I found it really delightful, talking to Bostonians of all stripes and ages and walks of life about the arts and about poetry.

Has anything surprised you about the laureateship?

For me, enjoying poetry and using poetry in everyday activities and in more formal occasions is something that I’m accustomed to. But I’m pleasantly surprised at how appreciated poetry is by so many Bostonians.

Why do you think it’s important for Boston to have a poet laureate?

I think the arts add great value to our lives, to us as human beings. They allow us to reflect upon the world in meaningful ways, and they also allow us the means by which we can craft visions of the future. The arts aren’t actual life. A poem is not cooking a meal. But a poem can sometimes give you something that a meal can’t give you, can give you a particular kind of nourishment. … And the arts and poetry allow us to enter into experiences not our own, perspectives not our own. They allow for bridging between perspectives and peoples and positions, and I think that’s part of their great value.

Do you have a broader vision for what arts and poetry could look like in an ideal Boston?

We don’t have a shortage of arts, artists, or dreamers in Boston. In my ideal world, everybody would have access to the art—to visual art around them, to the possibility of making art. I mean kids in Mattapan, as well as in East Boston, as well as in the South End, as well as in Beacon Hill. Everybody. Not just certain segments of our city having easier access to the arts for a whole host of economic, cultural, or historic reasons. … And not only kids, but everybody. … I felt that that was really important to me, to not only reach kids in Boston Public Schools and outside the schools, but also to reach elders and to reach people who may not have had as much experience with poetry or with the arts.

Where do you draw inspiration from around Boston?

I grew up in Mattapan, which certainly informed who I am, and which of course informs my poems. Boston has some really lovely green spaces, including the Forest Hills Cemetery, oddly enough. It’s such a beautiful site of history and it’s such a beautiful green space, too. Boston is a very beautiful city, in terms of architecture and layout. It’s a manageable city, and so my walks through the various parts and neighborhoods of Boston inform my work. Dorchester, where I currently live, has appeared in a number of poems. Whether it’s a reference to Pleasant Street, right around the corner from where I live, or Carson Beach … where I, as a black woman, would probably not have been able to walk safely 25, 30 years ago because of the politics and the segregation that existed and that still exist to a lesser degree now in the city. So, I’d say all of the city informs me. I love the city and have lived here for a long time. I’ve lived elsewhere—I’ve lived in New York and Chicago—but Boston is the place that I grew up in and I returned to, so it has called me for one reason or another. It is deeply a part of my psyche.

Interested in filling Legros Georges’ shoes? You can apply to be Boston’s next poet laureate now.