"Treasures from the Vault" offers the chance to see delicate works by Monet, Degas, Millet, and more. 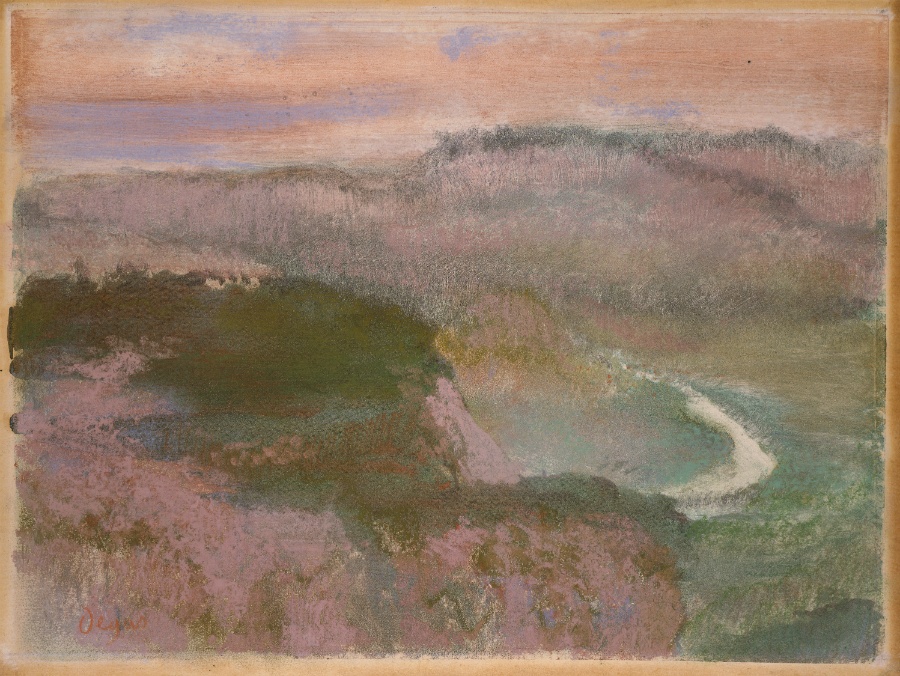 After years in the dark, nearly 40 French pastels are emerging from their vault to take a turn in the spotlight. A new exhibit at the MFA, aptly named “French Pastels: Treasures from the Vault,” offers the rare chance to see pastel works by 10 artists including Jean-François Millet, Edgar Degas, and Claude Monet.

The delicate art pieces, which will debut on June 30, can only be displayed for a few months every decade. Pastel as a medium is hypersensitive to light, since the powder isn’t armed with resin or varnish to prevent fading. Every aspect of their exhibition, from the length of the showing to the amount of light in the gallery (measured in footcandles, certainly the coolest unit of measurement) is carefully controlled to preserve the works of art.

“Pastel is essentially finely ground pigment. I call it ‘beautiful dust,’” said Katie Hanson, the exhibit’s curator. “Since it’s dust, any time you move it, it’s sensitive to vibration and handling, so they’re not installed frequently. This exhibit is truly unique and distinctive in that way.” 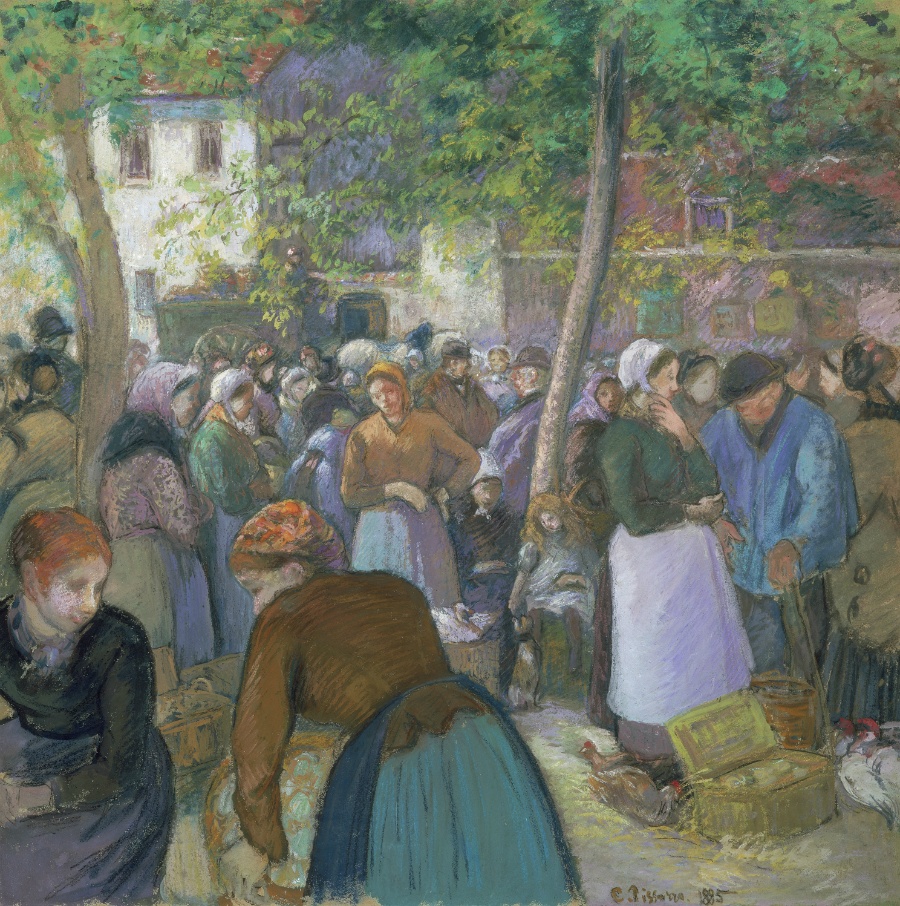 Most of the works come from the MFA’s vault, but a few pieces from the private collection of Isabelle and Scott Black will complete the display.

Impressionist pieces, which are known for depicting quick bursts of light and movement, dominate the gallery with Degas’ famous ballerinas, Pissarro’s scenes of bustling crowds, and Monet’s landscapes. Since pastels don’t require a long drying time like oil paints do, they’re the perfect medium to capture fleeting moments.

“It’s amazing that today in 2018, you can see the subtle expression on someone’s face in 1880, moments of a day or time so long ago, or a flower in bloom more than a hundred years ago,” said Hanson.

Degas’ swiftly captured scenes of ballet rehearsals and performances are accompanied by some of his lesser-known forays into landscape painting, including depictions of the French countryside. Works by his friend, American painter Mary Cassatt, are also featured in the exhibition. A box of Cassatt’s pastels, neatly organized by color, is on display next to her work in the gallery.

Millet, however, pushes pastels past these airy and romantic moments with Realist depictions of mundane rural life like Little Goose Girl and Farmyard by Moonlight. But his work, considered part of the Barbizon School, also has a tinge of Impressionism, which was in full swing when French painters began experimenting with tricky pastels.

“Millet was a generation older than the rest of the artists in this exhibit,” said curatorial research fellow Julia Welch. “But he was a key innovator in the medium.”

The French artist uses the powder to inject light into Dandelions and Primroses and to create the illusion of a lush, sunny meadow in Path through the Wheat. 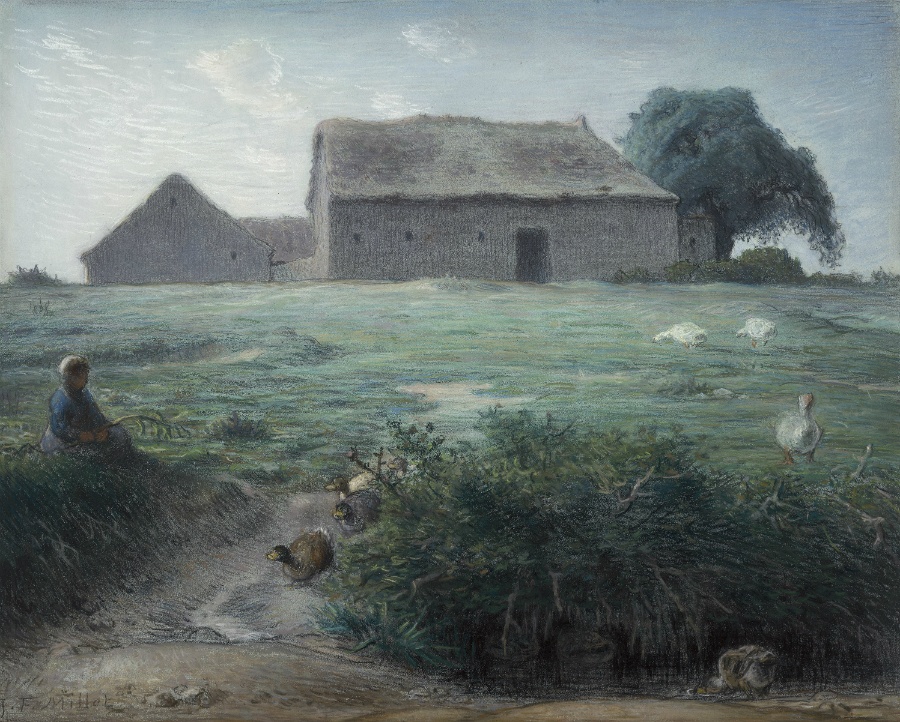 “These artists were reimagining what pastels were good for,” said Hanson. “In the 18th century, they were used for portraits of aristocrats wearing wigs and lots of powdered makeup, which gave the medium this stuffy association.”

In July 1875, some 95 of Millet’s pastels went on sale in Paris. At the preview, artists and critics alike fell under their spell, writing extensively about the pastels’ beauty. Their letters, quotes, and other primary sources can be seen around the gallery. Vincent Van Gogh said he felt he needed to take his shoes off in the presence of these pastels, since he felt he was on holy ground.

“Even the best digital reproduction doesn’t do these pastels justice,” said Hanson. “You have to see it in person to see how artists are playing with the medium and its properties. All at the same time, it can be lush and velvety, thin and spare, or thick as a paste.”