The ICA’s famed director made her name by bringing the weird, wild world of contemporary art to the masses. But is a new gallery opening in East Boston this month her most radical vision yet? 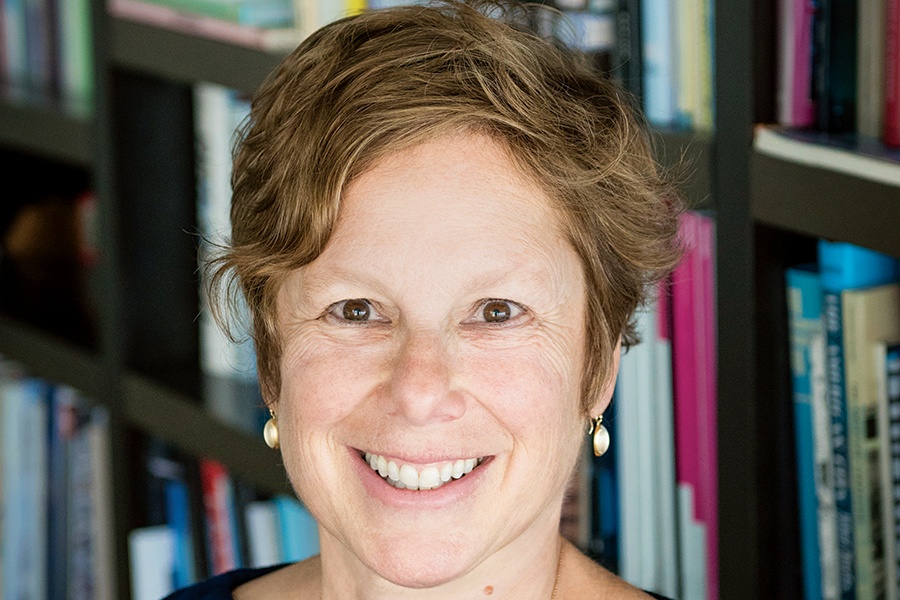 When Jill Medvedow took over as director of the Institute of Contemporary Art two decades ago, it was a hip yet tiny gallery tucked inside an old firehouse on Boylston Street. Since then, the museum has moved to the Seaport and emerged as one of the leading cultural forces in the city, lending artistic cachet to the sleekly corporate neighborhood and throwing killer parties at its breathtaking waterfront locale. On a drizzly Friday this spring, Medvedow sat down in her office overlooking the harbor to talk about the ICA’s new exhibition space in East Boston, a #MeToo controversy close to home, and how to get people interested in art that freaks them out.

The ICA is so different compared to when you first joined 20 years ago. What originally drew you to the museum, and what did you hope to do with it?

I think what drew me to the ICA was self-interest—enlightened self-interest. Having moved here from Seattle and, before that, New York City, I arrived in Boston with a passion for art, a passion for activism, a passion for the intersection of art and community and civic life. And when I arrived here, it was a city that had a relatively small contemporary arts institution in the ICA, but one that I immediately began to frequent. I had in my mind a vision that this would be a place that I could imagine running if and when the time came. I wanted to help create an institution that would have more presence in the city, that would bring in more artists and ideas and, in particular, more audiences, and send those ideas and amplified artist voices out into Boston.

One of the things that you’ve done really well is make the ICA feel more welcoming. But contemporary art can still freak some people out a little bit. How do you bring folks in?

My philosophy has been to use any tool possible. I think that everyone can appreciate contemporary art and that, like many things, it’s a bit of a language and it’s better if you know the references that artists are making to the past. It doesn’t matter so much whether one likes it—not everything the ICA shows is my personal taste. But it’s this opportunity to experience somebody else’s leaps of imagination.

The ICA famously dealt with a pair of controversies this past year, one concerning artist Dana Schutz and her painting of civil rights martyr Emmett Till, and another involving Nicholas Nixon, who was accused of sexual harassment in the midst of the #MeToo movement. You went ahead with the Schutz exhibition and closed Nixon’s 10 days early. How did you decide to deal with them?

So, we had two controversies here. And one was…I don’t even know what I would call it now. But we had a group of people who felt that because Dana Schutz had made a painting based on the iconic civil rights photograph of Emmett Till’s casket, which was included in the Whitney Biennial, that none of Schutz’s work should be shown here in our long-planned exhibition that never intended [to include], and did not include, that painting. We did not agree with that perspective, but we thought then, and think now, that that’s a fair conversation to have and welcomed it and have continued to welcome it.

Nixon was really different because in that case, the alleged behavior did not happen at the ICA. In this case, it happened at the Massachusetts College of Art and Design, which took the steps that they deemed appropriate. And with two weeks left in Nick’s exhibition here at the ICA we thought hard about what we had done with the Dana Schutz exhibition, about trying to make sure this is a place for many points of view to exist. And with both these issues, whether it’s #MeToo or Black Lives Matter, the really pressing questions are, What’s the responsibility of the museum, what are the issues of race or gender representation, and how are we going to understand them today and in the future?

The ICA was one of the first buildings to really make a mark in the Seaport. What has it been like to watch the neighborhood change?

I, for one, am incredibly happy to go walk outside and have the streets and the beautiful HarborWalk be lively. But I worry about the homogeneity of the neighborhood: white, wealthy, corporate, private. There’s a quote stuck in my head—I’d love it if someone could tell me who said it—but it’s along the lines of, “Great neighborhoods are an intergenerational conversation.” Both in terms of who lives here, so that you’ll have old people, middle-aged people, young people, people with families, but also an intergenerational conversation among buildings, among the age of trees, among the kinds of plantings. I think it’s really true, and so that means we have to wait and see what will develop and how.

What dinner or lunch spots do you like to go to in the neighborhood?

I’m very loyal to a couple that have been here since early on, Flour and Sportello. They’re always fantastic. And I would add Row 34 to that, and I’d say those are my three. That’s my hit list.

Is there a piece of art at the ICA that you’re most proud of?

One of the things I’m most proud of is the three-day video projection on the top third of the Bunker Hill Monument by the artist Krzysztof Wodiczko that the ICA did soon after I started here. It was the heads and hands of five people speaking: three mothers and two young men, all of whose lives have been affected or devastated by what was in 1998 a horrifying rash of deaths of young men in Charlestown, and a kind of code of silence that had kept it all within the community. And people from Charlestown, people from Boston, many people from New York came to see it, and for three nights running, it was dead silent. This was one of the great works of art, ever.

Right now, the city is buzzing about the Watershed, the ICA’s new seasonal gallery opening this summer in Eastie. How did you pick that spot for the project?

I don’t call it Eastie, just so you know. It has never rolled off my tongue. I call it East Boston. The story of how the institutional “we” made that decision—the board of trustees and me—is a combination of things. I’d say it was like a healthy dose of neurosis and a healthy dose of strategy, which I’ve always found to be a winning combo. The Seaport began to change, and one of the criticisms we heard from visitors almost since we opened was that they wanted more encounters with art, more art, and a longer visit. And we’ve grown, so we’re getting a little cramped.

As I was trying to think about new models of growth, maybe models that didn’t involve big and expensive buildings, I became invested in this idea of different communities being served by the ICA, and the ICA being strengthened by different communities. At a certain point I got very excited by the Shipyard and Marina. I liked that it had people who worked on ships and boats and that it was gritty and changing and had a direct view to the ICA. Finally, I found my way to this fantastic man, Andrew Hargens, from Massport, which owns the lease, and we’re looking at these giant plans of the shipyard and there’s this one red X. They’re like, “That’s condemned.” I’m like, “That’s my building.” And that’s what happened.

What is the mission of the new space?

I’d say the mission of the space is multifold. One piece is having artists whose work has some relevance and connection to that site. That can include ideas about labor and the working people in that shipyard. In the case of Diana Thater, whose work is opening in July, that’s ideas about the fragility and vulnerability of the natural environment. In the future it might be about the material in that space. It’s got gantries and columns and it’s got this fantastic masonry wall and there are train tracks still on the floor. Also, to be a place that is free of charge. It’s yet another way of trying to be inviting to people for whom sometimes museums are unfamiliar or daunting. It’s another way in.

You grew up in New Haven, so I have a pizza question for you: Which place there makes the best pie?

Oh, well, Sally’s was my place. But I come from a family of four: mother, father, and my sister and me. And actually, the whole family was a little divided. We all like Pepe’s and Sally’s. I was a Sally’s girl.

Is there good pizza in Boston?

Oh, you’re asking a New Haven girl about pizza made somewhere else? Otto is the one that I go to. New Haven pizza is superior.

What’s your go-to place in Boston besides the ICA?

The Arnold Arboretum. I’m there most weekends.

Do you have a favorite piece of pop culture?

I’m definitely a TV person. Our former chief curator Helen Molesworth—she is as heady and brilliant as the day is long, much like our current chief curator, Eva Respini—but Helen and I shared a love for television. And so, regardless of the complexity or depth or conceptual nature of our meetings and conversations, for a couple of years, every meeting started with a discussion of Friday Night Lights. Because I do think that, like The Wire, Friday Night Lights is one of the great, great cultural artifacts about race and class.

I am as happy looking at a bookshelf full of books as I am looking at works of art. I’m a printer’s daughter. My dad and my grandfather came to the United States in the early 1900s, and my grandfather started a print shop in New Haven and then my dad took it over and I spent a little bit of time as a young girl working there doing various things related to offset printing. I like paper and ink.

I kind of do. I go to the Aquinnah Public Library while I’m on the Vineyard in the summer. But I just finished The Overstory by Richard Powers, and it is such an unbelievable tour de force of words and ideas about trees and humans, and the different ways time is charted, and how people communicate, and how trees communicate. It’s a very sobering book and really had a big impact on me.