Cardi B, Anthony Scaramucci Are Coming to Boston for Forbes 30 Under 30 Summit

The lineup was announced today. 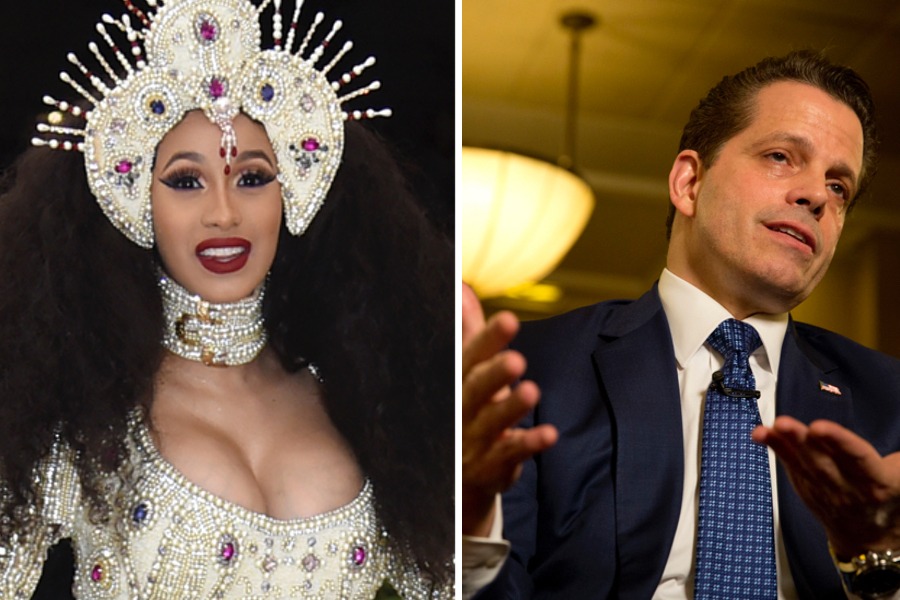 When Forbes brings its fifth 30 Under 30 Summit to Boston this fall, an eclectic mix of big names will be headlining: Rapper Cardi B, former Secretary of State John Kerry, and foul-mouthed ex-Trump spokesman Anthony Scaramucci.

The trio are on the list, released today, of business, entertainment, technology, and political voices who will be featured when the summit returns in September and October. About 200 speakers are slated to take part in the four-day Forbes event, for which thousands of young people from around the country are invited to convene in the city for speeches and a networking bonanza headquartered on City Hall Plaza.

It’s been a big year for Cardi B. When the 25-year-old appeared on Forbes’ 30 Under 30 Music Class of 2018, the magazine cited the success of “Bodak Yellow,” which made her the first female rapper with a chart-topping hit that didn’t include other billed acts since Lauryn Hill 1998, as well as her gigantic social media following.

Scaramucci, a Harvard Law grad, has remained in the public’s eye since his ouster at the White House over an expletive-laden call to a New Yorker reporter in July of 2017 brought his short stint as Communications Director to a close. He has taken on a second life as a pro-Trump TV pundit, and has dealt with assorted controversies over the past year, including when he stepped down as a board member at Tufts University last year following threats to sue a student who criticized him.

“In just seven years, we’ve seen the Forbes Under 30 list grow into an incredible community of bold leaders, entrepreneurs and inventors who shape, inspire and influence our world,” Steven Bertoni, Vice President and Senior Editor of the Under 30 Franchise, said in a statement. “The summit brings the list to life—connecting Under 30 members, mentors and future list members through powerful events and experiences. It’s a summit that spreads ideas, builds companies and forges friendships. Boston, with its deep history, academic prestige, and iconic brands and companies, is the perfect host city for this dynamic event.”

The summit includes a music festival, artists for which have not yet been announced, and a food festival that will be “headlined by some of America’s most notable young chefs,” according to a release.