The singer sent Trump a third cease-and-desist order after "Livin' on the Edge" played at a rally. 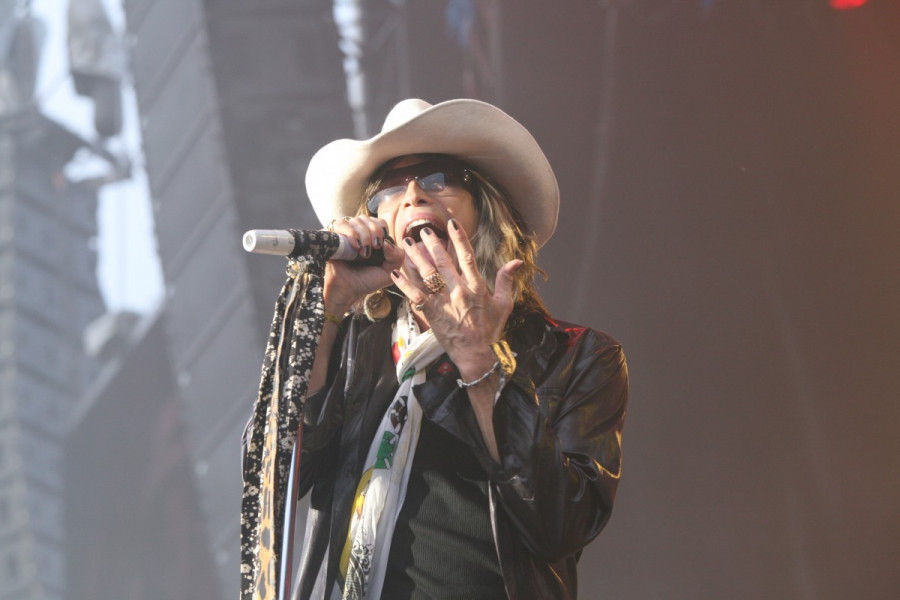 If Donald Trump thinks he can keep play Aerosmith songs at his rallies, he can (are you ready for this, folks?) Dream On.

“As we have made clear numerous times, Mr. Trump is creating the false impression that our client has given his consent for the use of his music, and even that he endorses the presidency of Mr. Trump,” the letter, signed by his lawyer, reads. “By using ‘Livin’ On The Edge’ without our client’s permission, Mr. Trump is falsely implying that our client, once again, endorses his campaign and/or his presidency, as evidenced by actual confusion seen from the reactions of our client’s fans all over social media.”

Here is the cease and desist letter to Trump from Steven Tyler’s lawyers demanding that the Trump campaign refrain from playing Aerosmith music at rallies. Aerosmith has made this demand before according to this letter. pic.twitter.com/tWpOSO6tS5

As his lawyer noted in the letter, this wasn’t the first time Tyler has had to issue such a warning. Back in 2015, he sent the Trump campaign not one but two separate cease-and-desist letters over his use of the song “Dream On.” In November of that year, Trump announced that he would stop using the ballad on the campaign trial. “Even though I have the legal right to use Steven Tyler’s song, he asked me not to,” the then-candidate wrote on Twitter at the time. “Have better one to take its place!”

So here we are again. Maybe this will be the last time. If not then (I’m so, so sorry for this) dude, looks like a lawsuit.

The scene in WV before Trump’s rally. Aerosmith’s “Livin’ on the edge” playing. pic.twitter.com/HW1qr9TBgE