These Artists Made Stunning Music Videos Inside the Edison Power Plant

Watch a mesmerizing display of light and sound bounce off the walls of the South Boston building. 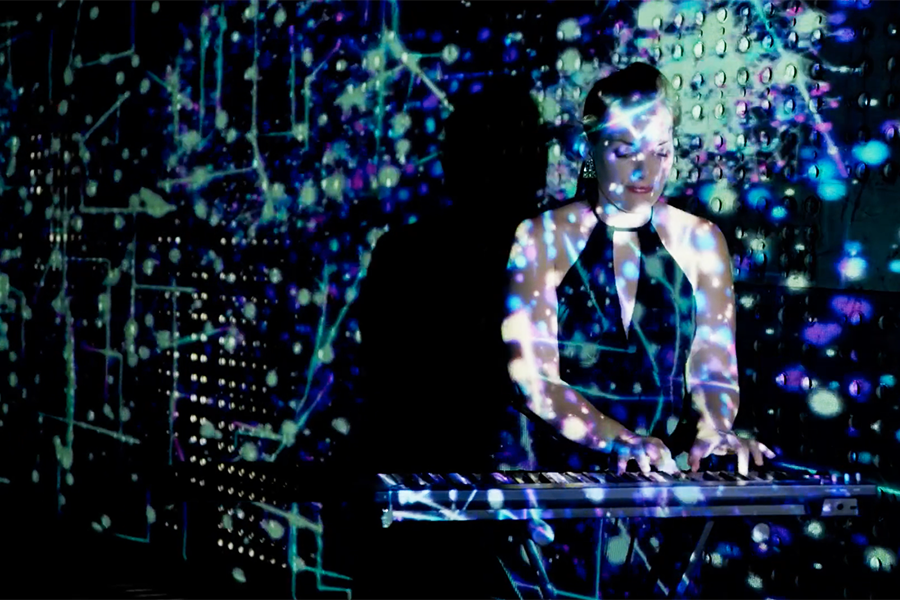 “Come With Me” photo via Masary Studios

South Boston’s iconic pink Edison Power Plant won’t be around much longer, but it can now live on in two new mesmerizing music videos by local artist collective Masary Studios. Captivating light displays and haunting musical scores highlight the grandeur of the centuries-old facility that’s slated to be redeveloped over the next decade.

Artists Maria Finkelmeier, Sam Okerstrom-Lang, and Ryan Edwards teamed up to form Masary Studios in 2015, with the mission of “awakening built and natural environments through live music performance and video projection.” Their first-ever music videos, “Come with Me” and “Solution,” come from the trio’s live show called “Peripherique.”

“We wanted to use the Edison Power Plant as a canvas and a stage to both act as a character and collaborator,” says Sam Okerstrom-Lang, who’s responsible for Masary Studios’ light animations.

The now-defunct power plant in Southie dates back to 1892, and once used coal and natural gas to power the city. The plant hasn’t been in operation since 2007, though according to the Globe, energy company Exelon sometimes uses one of its generators. The building was sold to Hilco Redevelopment Partners and real estate development firm Redgate Capital in 2016, and is set to undergo construction in the coming years. There has been much discussion within the community about plans for the site, which will eventually become a massive mixed-use development with office spaces, apartments, and a hotel. 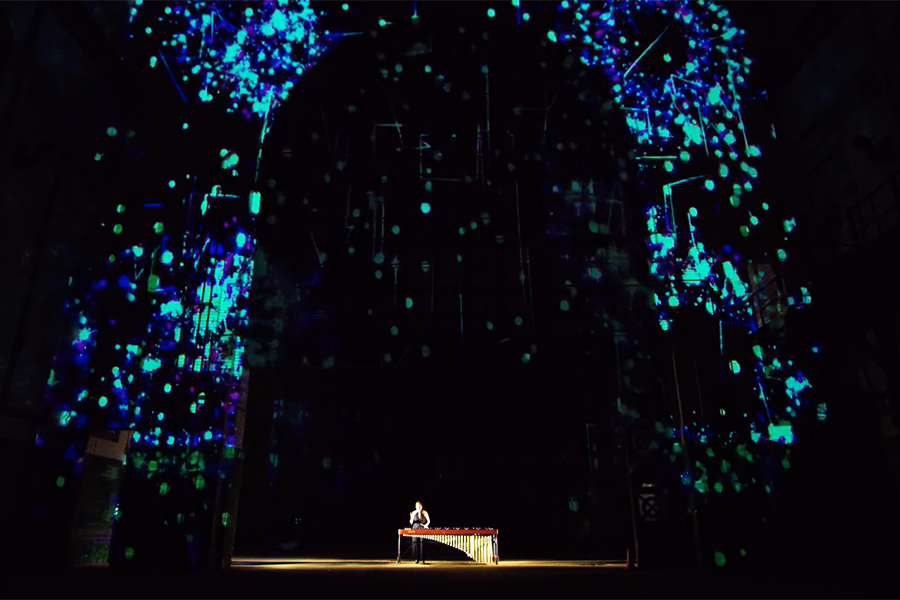 “Come With Me” photo via Masary Studios

Maria Finkelmeier helped compose the music for the videos, and explains the building was the perfect place to shoot them. Part of its allure is that the works cannot be recreated once developers start transforming the space.

“We were really excited to create art pieces that can live for a long time that represent a historical and beautiful space in Boston,” Finkelmeier says.

Finkelmeier hopes viewers will take in the raw beauty of the landmark.

“My instinct is to say I hope they get lost,” she says. “I hope they just get lost in thinking about putting themselves in the power plant, as well as of course in the music and the projection animations.”

And it’s hard not to. Both music videos are a treat for the eyes—and the ears. In “Come with Me,” Finkelmeier is shown playing the xylophone solo, while colorful specks of light float over her hands, instruments, and the walls surrounding her. Other times, she is seen playing music behind caged rooms, with metal grids casting geometric shadows onto her. Later, Ryan Edwards plays the drums amidst kaleidoscopic explosions of light. In one dramatic shot, Finkelmeier stands alone beneath an arc of projected animated lights on the walls behind her. Shots like these capture the mystery and magic of the building, as well as the sheer size of it. 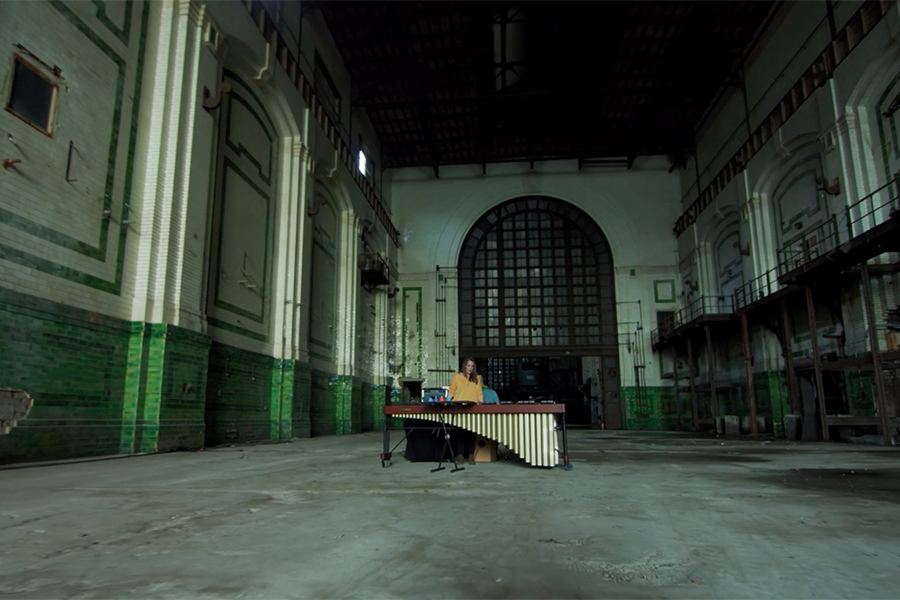 “The Solution” photo via Masary Studios

Finkelmeier explains the overarching theme of the piece is “blurring the edges between sound and visual performance.”

You can experience the one-of-a-kind visual and auditory works below.