A lot of HUBweek is free to the public. Go check it out. 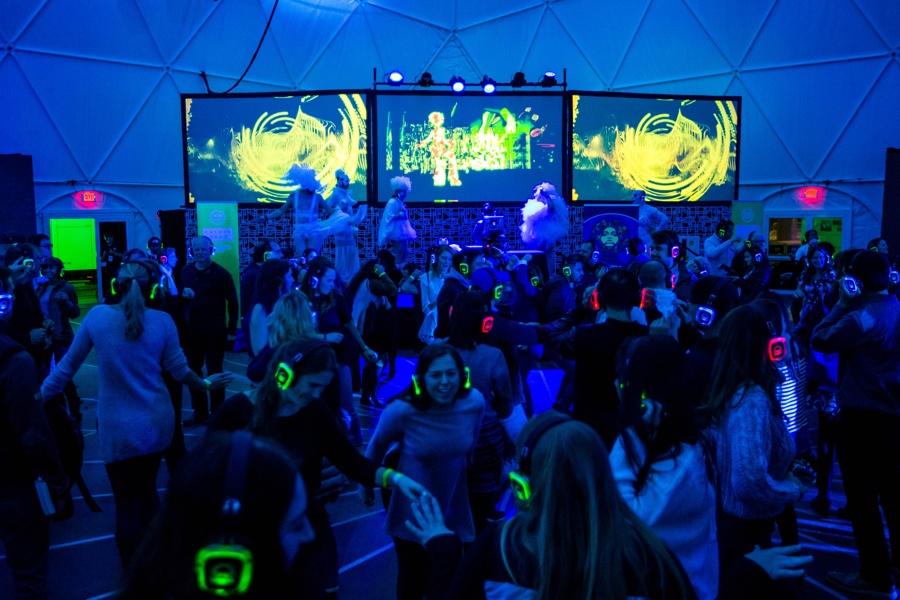 HUBweek 2018 is off and running in Boston, and that means there is plenty of unusual, interesting stuff happening in the city this week. Access to some of the seven-day arts and tech festival requires a ticket. But lots of it does not.

Instead, all HUBweek asks is that you fill out a quick registration form, and then you’re allowed to wander around and learn about drones, browse some outdoor art exhibits, gaze at trippy domes, and so on.

So in case you’re looking for some suggestions, here are seven cool, extremely free ways to enjoy HUBweek while it lasts:

District Hall in the Seaport will be turned into what is apparently referred to as a “drone zoo”: a place where you can view demos of the latest in camera-equipped quadcopters and other gadgets. There will also be a Swiss Touch table (it has a touch screen made out of wood somehow).

What: Ariel Futures: The Drone Frontier 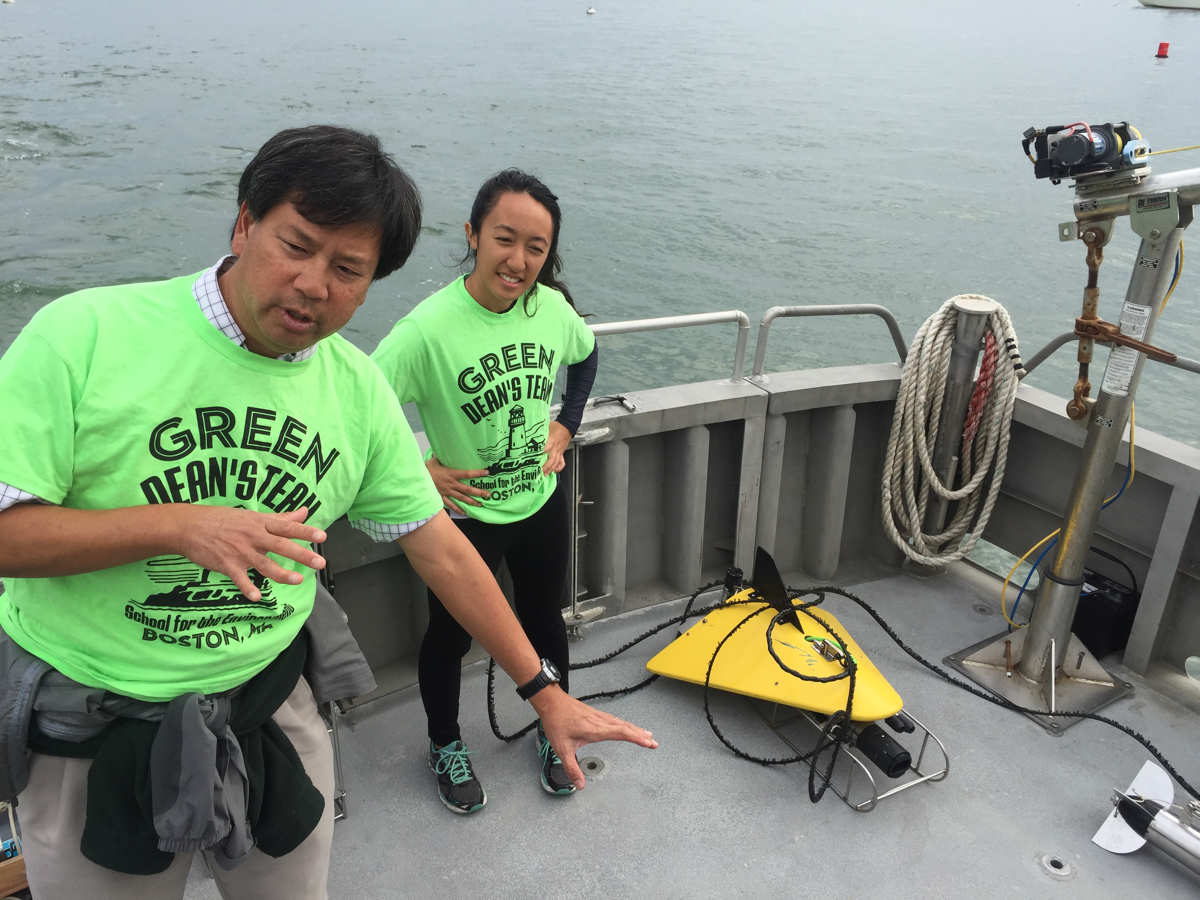 Once again, UMass Boston is offering a boat ride and up-close view of the robots and other equipment it uses to keep Boston Harbor from becoming gross again, complete with demonstrations. (I took this tour last year and can confirm it’s fascinating and a lot of fun).

View Art On, In, and Around Shipping Containers 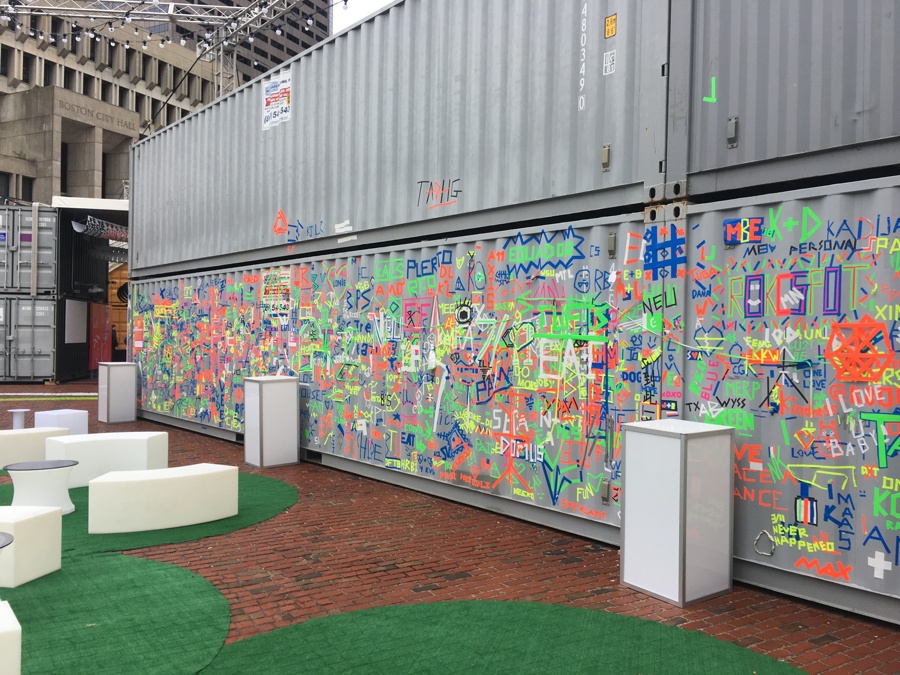 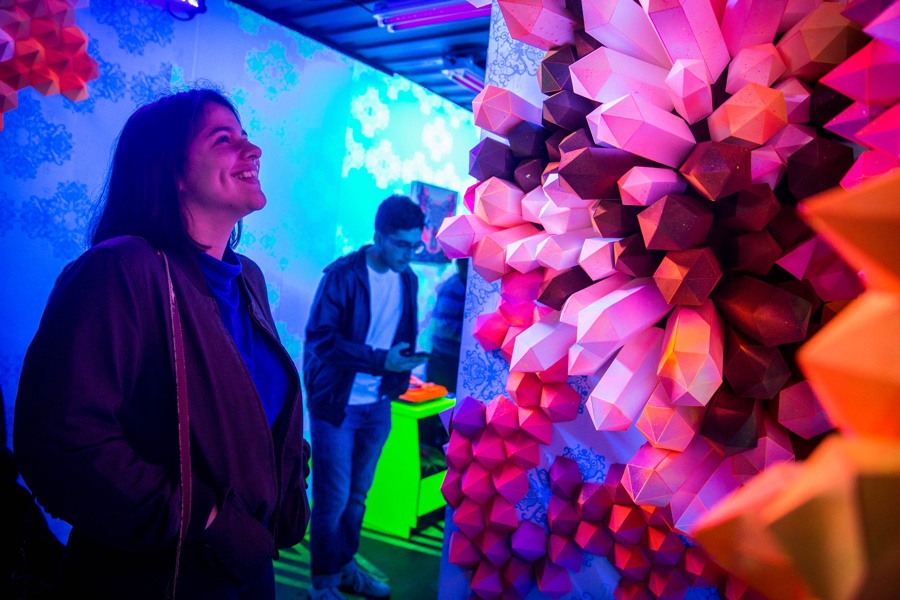 The view inside one shipping container, called Neon Dream | Photo via HUBweek

One of the signature offerings from HUBweek last year was the playground on City Hall Plaza of exhibits that make use of shipping containers—a novel, bite-size way to get art out into the world. This year artists were asked to fill the containers with art focusing on issues like “the housing crisis, immigration, and racial disparities in the criminal justice system.” There will also be murals painted live on the outside of the corrugated metal boxes (via a program called HUBweek Walls), and three “Illusion Rooms,” which contain optical illusions that I’m told will make for some some very Instagram-able situations.

What: We the Future: A Public Art Exhibition

Where: The HUB at City Hall Plaza

Watch the Boston Pops in a Dome 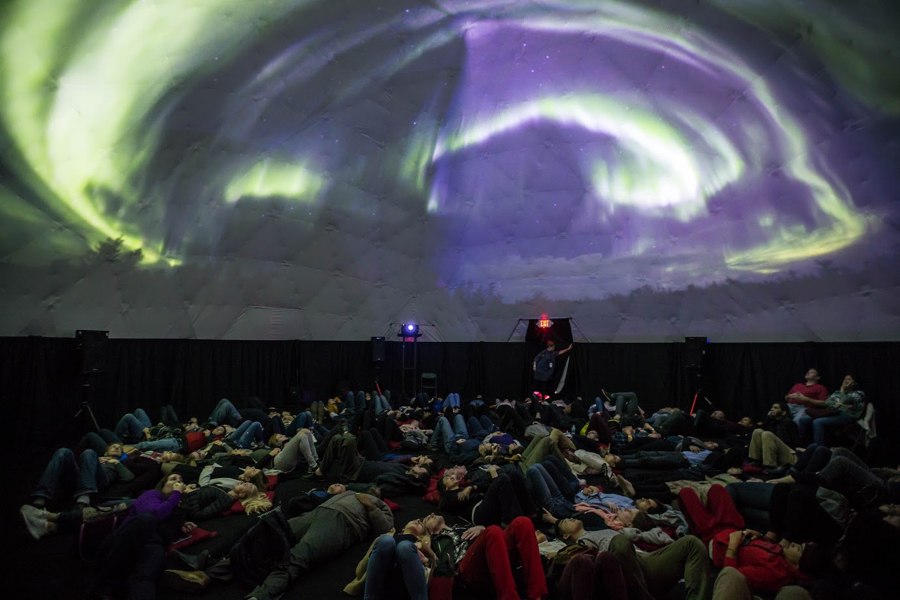 Sure, you’ve seen the Pops on the 4th, but have you seen it from their perspective? That’s what’s on offer at the “Immersive Dome,” in a half-hour film that gives you a 360-degree view of “what it’s like to sit on stage with the musicians during a Boston Pops concert.”

Where: The Immersive Dome at City Hall Plaza

“Silent Disco,” a must at events like these nowadays, may not be your thing—the concept for the uninitiated is that a bunch of people strap on headphones and dance in what looks to the outside world like silence—but you have to give it a shot at least once. Three Boston DJ’s provide the tunes, and you can pick from one of three styles of music playing simultaneously.

Do Some “Cosmic Meditation” 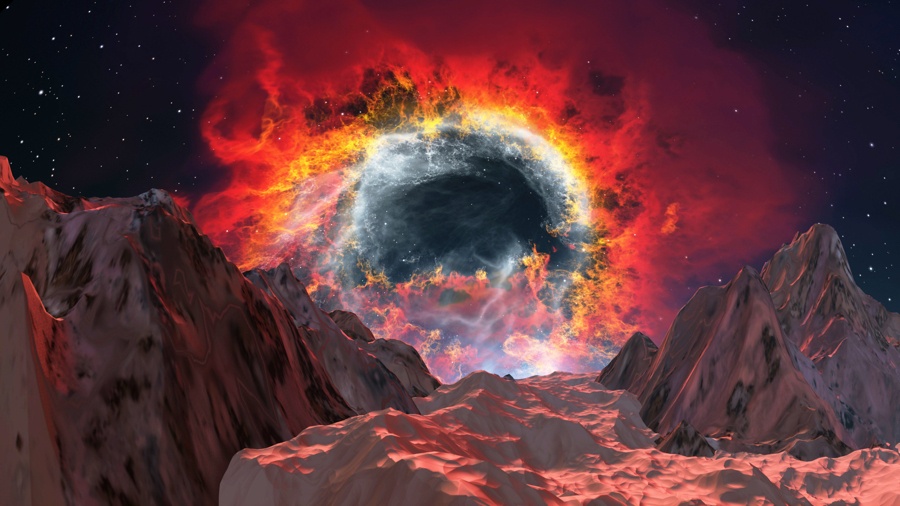 Meditation is great but what if you could find your inner peace while “beautiful immersive visuals from infinity” are projected onto a geodesic dome? It’s not all the time you can start your day with an early morning journey through the cosmos, so now is your chance. For completely unrelated reasons, I’ll remind you that marijuana is now legal for recreational use in Massachusetts.

Where: The Immersive Dome at City Hall Plaza 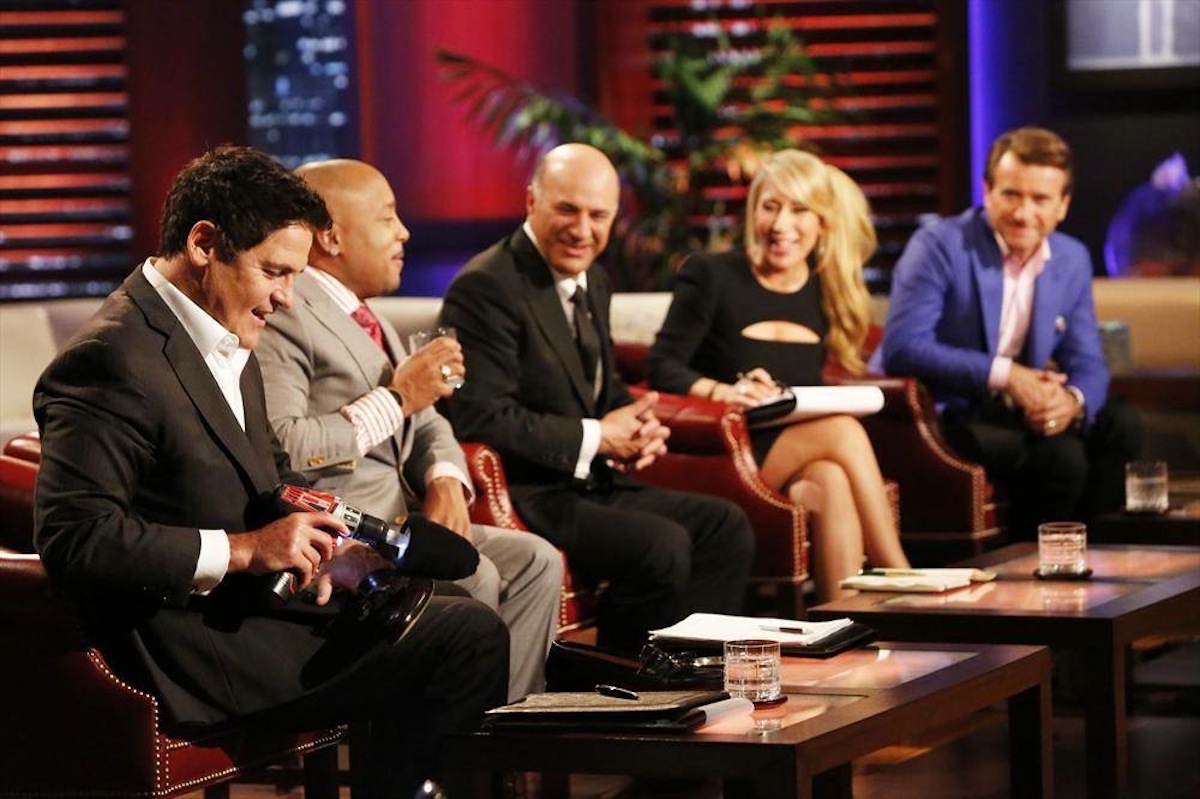 The HUBweek lineup this year includes a chat with a panel of businesses featured on ABC’s “Shark Tank.” It’s scheduled to happen at the Hyde Park headquarters of Shark Tank alumnus ISlide, which makes customizable footwear. No, Back Bay resident Kevin “Mr. Wonderful” O’Leary and the rest of the millionaire cast is not on the speakers’ list.

What: The Shark Tank Effect: Stand In What You Stand For