Jonny Sun’s New Art Project Is a Sitcom, Starring You 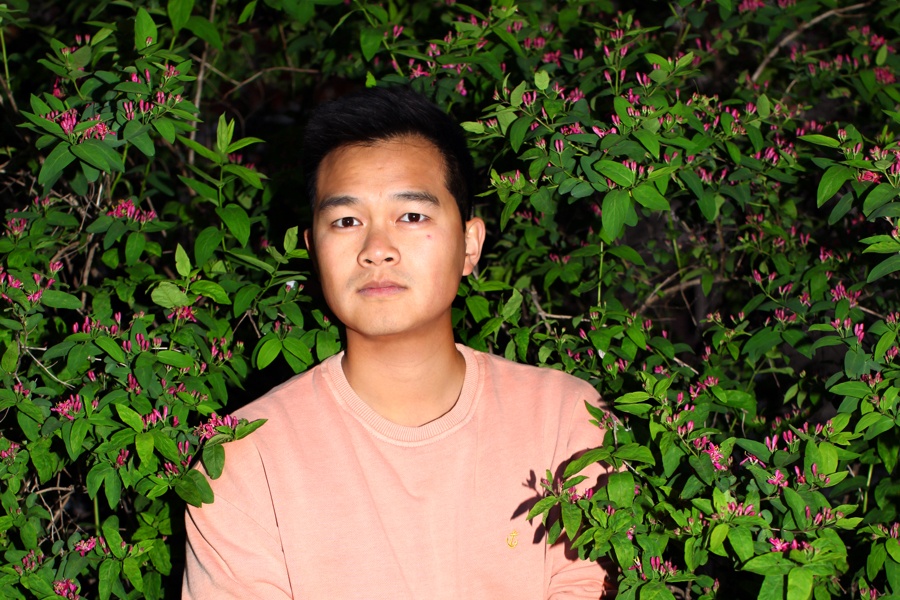 In what is meant to be a reflection on social media, designed by one of the medium’s top-tier stars, Jonny Sun is debuting a playful and unsettling art project in Cambridge this month: a sitcom, starring you, and a laugh track powered by artificial intelligence.

Called The Laughing Room, the piece set up at the Cambridge Public Library will include some living room furniture and several cameras and microphones, a set-up familiar to anyone who’s watched one of the million network comedies that use such a set. Except unlike for the stars of Everybody Loves Raymond, where jokes get affirmation from a live studio audience, there will be robots listening, and piping in laughter through speakers when they see fit.

“Growing up I watched a lot of the network kind of multi-cams with live audiences. My taste in comedy has changed, but I think I was kind of playing with that feeling because it’s such a loaded way of performing,” Sun says. “The ways those characters performed very much plays to that live audience and to the expectation of a laugh in ways that are very unnatural.”

SOME NEWS: im excited to launch a new art installation i made at MIT and harvard with @ahandvanish!

THE LAUGHING ROOM is an artificially intelligent sitcom set that plays a laugh track based on what people in the room say.

For his new art project, supported by the metalLAB (at) Harvard, Sun teamed up with developer Hannah Davis and project manager Christopher Sun to feed an AI program with hours upon hours of stand-up comedy. The program is trained to listen to the words you say and your spoken rhythm, analyze them in real time, recognize the points in dialogue at which a human audience might laugh, and then trigger artificial chuckling to pour out of speakers. But only if it thinks you’re funny.

When an algorithm makes the rules—in this case, deciding what kinds of jokes to perform if you want to be rewarded with a laugh—how do you choose to follow them?

By stepping into his algorithm-powered sitcom, he says, he’s inviting us to reflect on “the ways technology and systems are set up to effect your behavior and change the ways you would perform and communicate in a space,” he says. “It’s also about how people behave differently online when they see certain types of posts being rewarded or content being shared more widely.”

Sun knows about being rewarded in an online space. He rose to internet fame by giving voice to a charming, spelling-challenged “aliebn” named “jomny sun,” and his jokes and quirky messages of affirmation are regularly shared and “liked” by thousands of people. He has since parlayed that fame to wider success, including a a book he co-wrote with Hamilton creator Lin Manuel-Miranda, which features the playwright’s poems and Sun’s cartoons.

As an added layer of whimsy and the uncanny, The Laughing Room has a companion piece at MIT’s Hayden Library, called The Control Room, where viewers cam watch participants on TV screens via the live-streaming services like Facebook Live and Twitch, which will be accessible and shareable online. So your quasi-performance could end up being broadcast to, for example, Sun’s half-million followers on Twitter.

Sun will be watching and listening. A PhD candidate at MIT, he’s been examining the role of technology and the way it interacts with comedy, and says he is likely to include his observations from The Laughing Room in his dissertation.

In the meantime, he wants participants to enjoy themselves, and maybe be a little freaked out at the same time.

“I think the idea of taking the stuff that exists implicitly and underneath most of the stuff we do with technology, taking those themes and bringing them up in really loaded, exaggerated ways is kind of fun and exciting,” he says, “and will force people to reckon with it and think about how things like this occur in their day-to-day lives.”

The Laughing Room opens at the Cambridge Public Library at 2 p.m. on Friday, November 16 and runs through Sunday, November 18. Find more info here.