The Photography of Ansel Adams Is Coming to the MFA

"Ansel Adams in Our Time" opens at the Museum of Fine Art December 13. 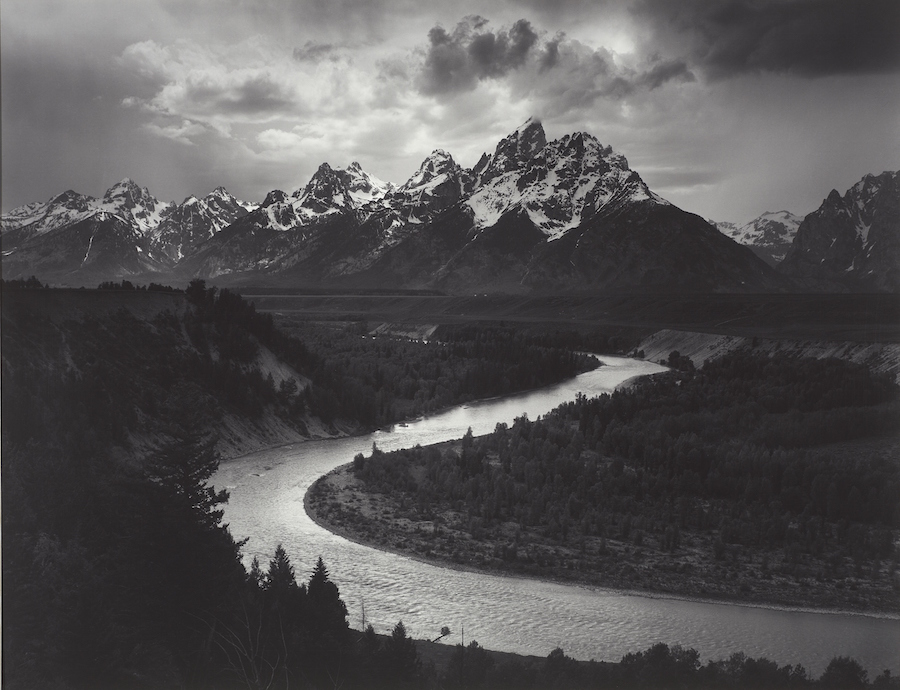 The work of legendary landscape photographer Ansel Adams is set to go on display at the Museum of Fine Arts in a new exhibition titled Ansel Adams in Our Time. The exhibition will include around 100 Adams photographs alongside works by the 19th century photographers who influenced him and contemporary artists who followed in his footsteps.

The Adams photographs on display will include notable works spanning his entire career, from his beginnings capturing the dramatic landscapes of the West to his time in San Francisco documenting urban sprawl and the Depression. The famous snow-tipped peaks of 1942’s “The Tetons and Snake River, Grand Teton National Park, Wyoming” will be featured prominently in the exhibition, as will “Freeway Interchange, Los Angeles,” which was made some 25 years later.

The MFA decided to expand upon a 2005 Adams show to celebrate the recent gift of over 450 of his photographs, this time bringing the iconic artist into the modern day and contextualizing the lasting impact he had on landscape photography.

“It’s roughly the same sized show, but the emphasis is very different,” says the show’s curator, Karen Haas, who currently serves as the Lane Curator of Photographs for the MFA. “He’s this phoenix-like character, and knowing where he was coming from and who he admired seemed so much more interesting than redoing the show we did earlier and just looking at his career in a thematic, chronological way.” 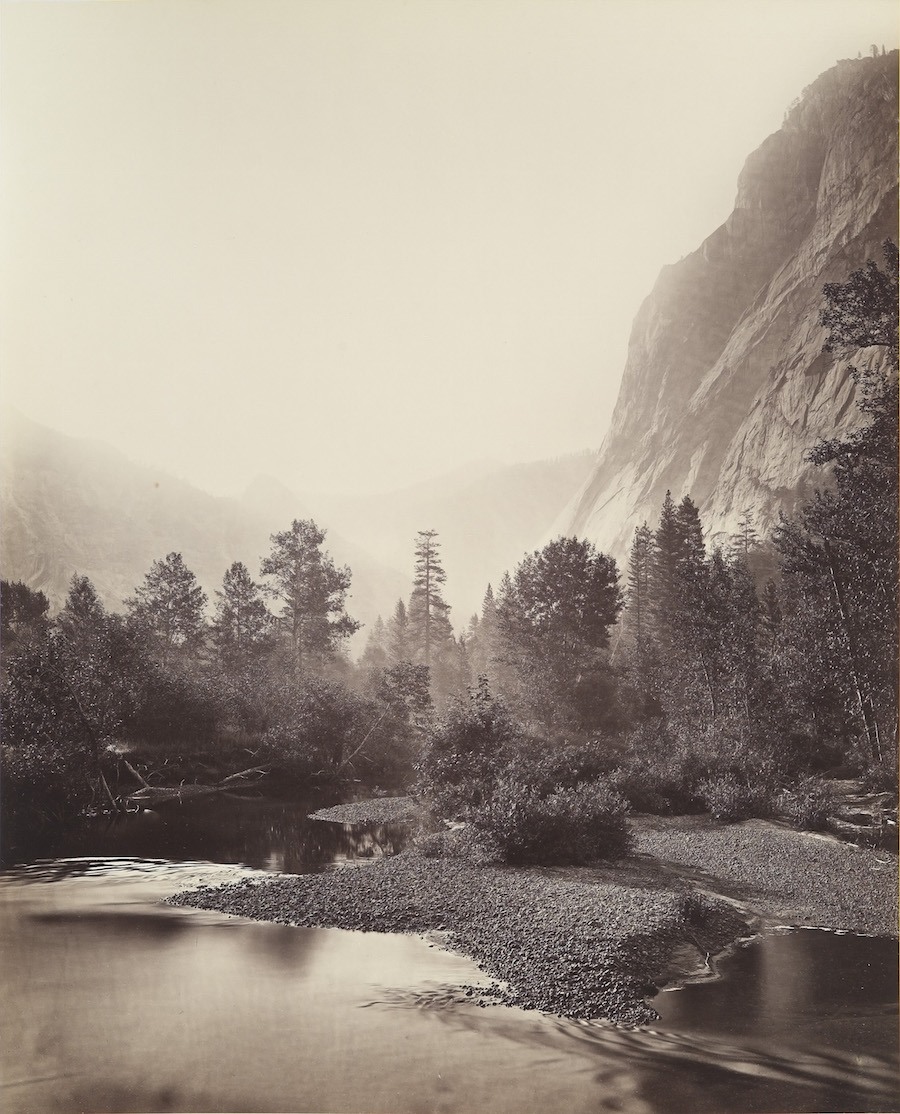 The exhibition will primarily be organized around Yosemite National Park and the American Southwest, which are the areas where Adams first picked up the camera and began his career in the 1920s. It places his early work in the context of 19th century government survey photographers like Carleton Watkins and Eadweard Muybridge, who shot some of the same views as Adams and inspired him to expand upon their ideas.

As for the contemporary photographers on display, Haas wanted to focus on artists who took inspiration from Adams’ subject matter and technique, but added their own visual or emotional perspective. Some artists included in the exhibition are more clearly connected to Adams than others, but Haas stresses that they are all “in conversation” with his work somehow, whether thematically, aesthetically, or technically.

On the surface, these contemporary artists deal with many of the same issues as Adams: vast untouched wilderness, land rights, natural resources, urban sprawl, and the human impact on the land. But they all bring a unique perspective that isn’t found in the photography of Adams or his predecessors.

“The photographers I chose for that space were virtually all foreign-born,” says Haas. “I think that says something about the national park as a symbol of America. As Americans it’s something we take more for granted, but for foreign-born photographers it seems to have another layer of meaning.”

A good example of this is Binh Danh, a Vietnamese photographer who came to America from what was then Saigon with his family in the 1970s. Danh uses daguerreotypes, a 19th century process that produces images with silvery, reflective surfaces, to capture the national parks of the Southwest. The resulting images allow the viewer to see themselves reflected in the vast, otherwise empty landscape.

Another featured artist is Abelardo Morell, a Cuban-born contemporary photographer who taught at the Massachusetts College of Art and Design for many years. Morell brought a massive tent into the wilderness to create a makeshift darkroom and fixed it with a high-quality digital camera, a periscope, and a mirror. This allowed him to capture some of the same views that Adams photographed and project them onto the ground under the tent, resulting in more impressionistic landscapes in which the cracks in the pavement and terrain under the tent are clearly visible in the photograph. 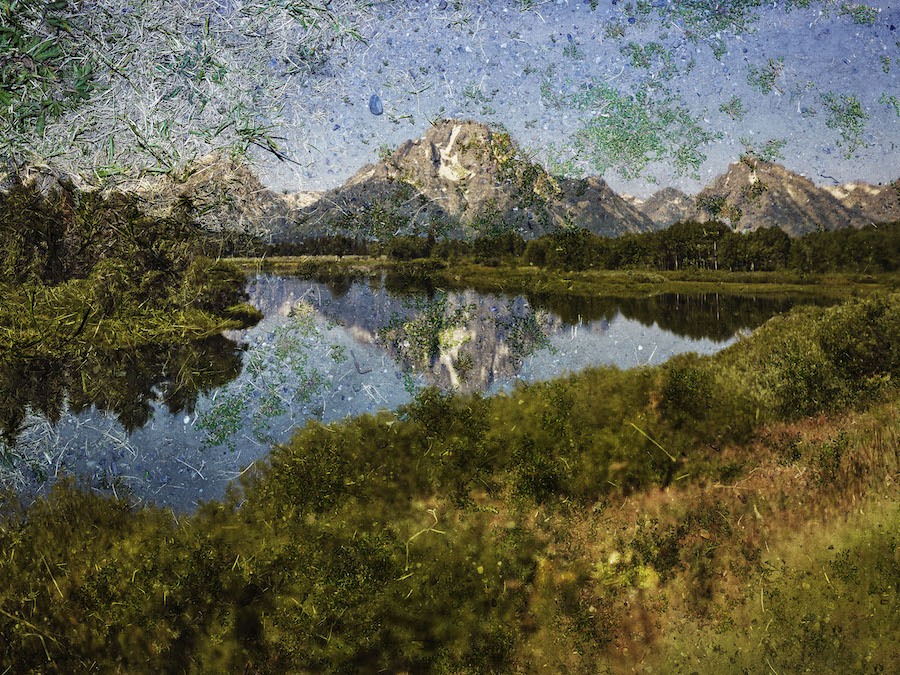 Haas also focused on including as many women in the exhibition as possible in order to debunk the longstanding belief in the photography world that the Western landscape was the domain of the white male photographer. She highlighted in particular the work of Laura McPhee and Victoria Sambunaris, both of whom capture stark, beautiful landscapes in their work.

McPhee is an environmental photographer who looks at the aftermath of human-caused forest fires and the plant life that begins to take hold after they pass. Sambunaris revisits many of the same sites that Adams shot and captures them in massive, high-definition color prints, some of which stretch up to eight feet across. 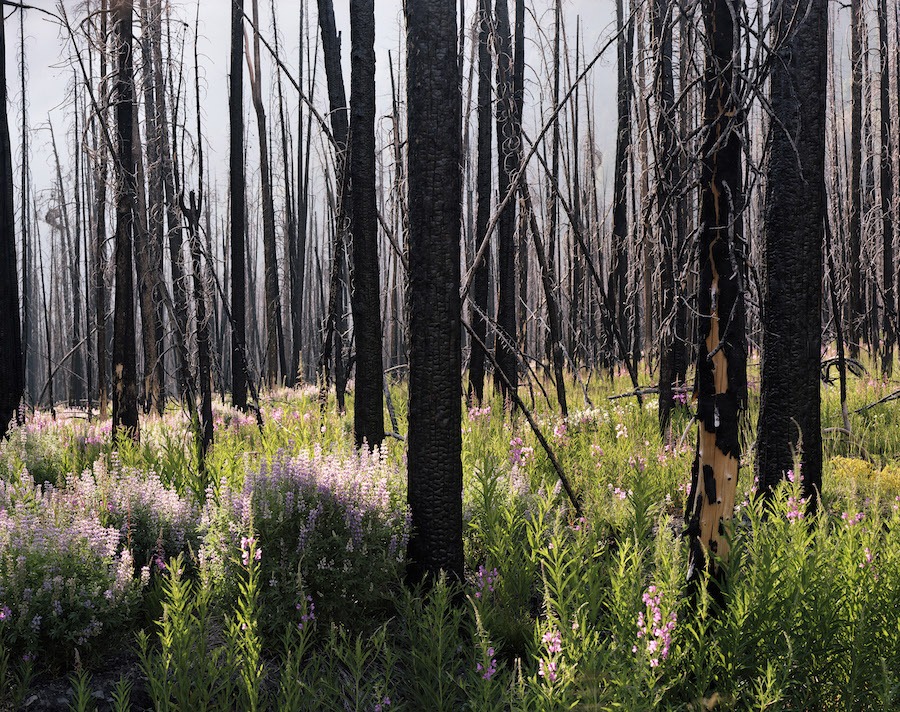 Haas also hopes to include a live stream of Yosemite National Park from the viewpoints that Adams documented in his work. Visitors to the exhibition will see the national park as it is at that very moment, and if they stay long enough, they’ll see the light change and move across the valley.

“When we say ‘In Our Time,’ we literally mean the day you’re there,” she says.

The exhibition attempts to impress upon the viewer not just the singular nature of Adams’ work, but also the astounding visual legacy that he left on the collective consciousness of the country, often without us even realizing it.

“For many of us who might never go to some of these places… when we conjure up Yellowstone National Park, the view we conjure up is actually an Ansel Adams photograph,” said Haas.