Including live music at Dorchester and Roxbury Stringfests, stand-up from a Daily Show alum, and a screening of the Christmas classic, Elf. 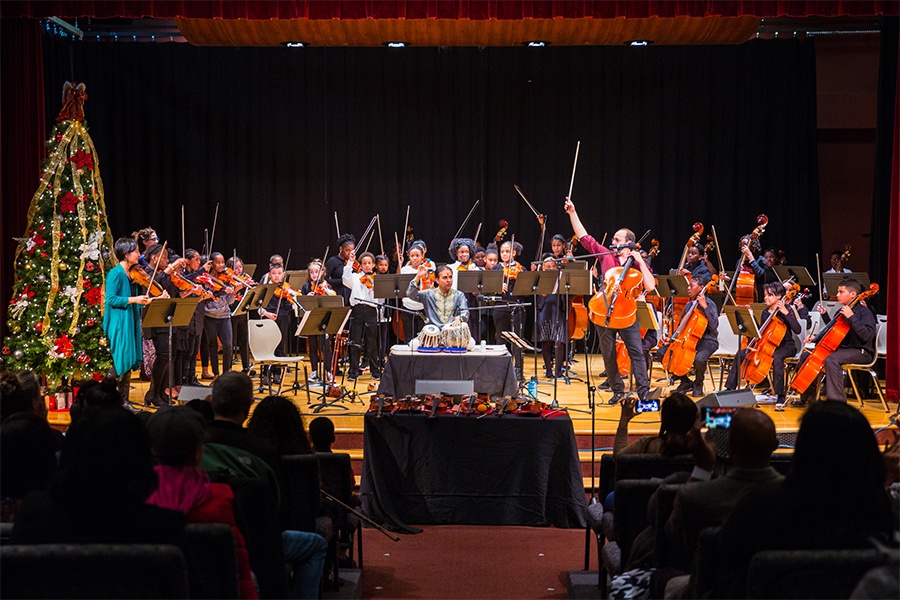 Hoping to hear classical tunes outside of Symphony Hall this month? Head to the Dorchester and Roxbury Stringfests (at the Kroc Center and Hibernian Hall, respectively), two free events that offer up high culture with a side of community. “Stringfest is about making friends in the neighborhood,” says Robin Baker, associate director of community engagement for the events’ host, Celebrity Series of Boston.

The concerts, which pair professional musicians with local student ensembles, go beyond your basic chamber music. In Dorchester, the Castle of Our Skins string quartet will perform Latin-American folk songs with the Conservatory Lab Charter School. In Roxbury, classical-folk trio Voci Angelica will play world music alongside youth group City Strings United and the all-ages Boston City-Wide String Orchestra. Who knows—you might be watching future BSO members in the making. —Adriana Diaz

This debut from local author Susan Bernhard carries readers to the unforgivingly frigid landscapes of Minnesota, where 15-year-old Wes is abandoned by his father after his mother drowns in a frozen lake. Faced with these losses, Wes must rely on himself to unpack his family’s demons and build a future over the scars of the past.

Out December 1, $16, Little A, amazonpublishing.amazon.com.

For more than four decades, the artists who live and create at the historical Piano Craft Gallery in the South End have exhibited their work in an annual group show. But this year, for their 42nd anniversary, they’ve decided to turn the show into an end-of-year event and send 2018 out with a bang. Come for the cocktails, stay for the neon. 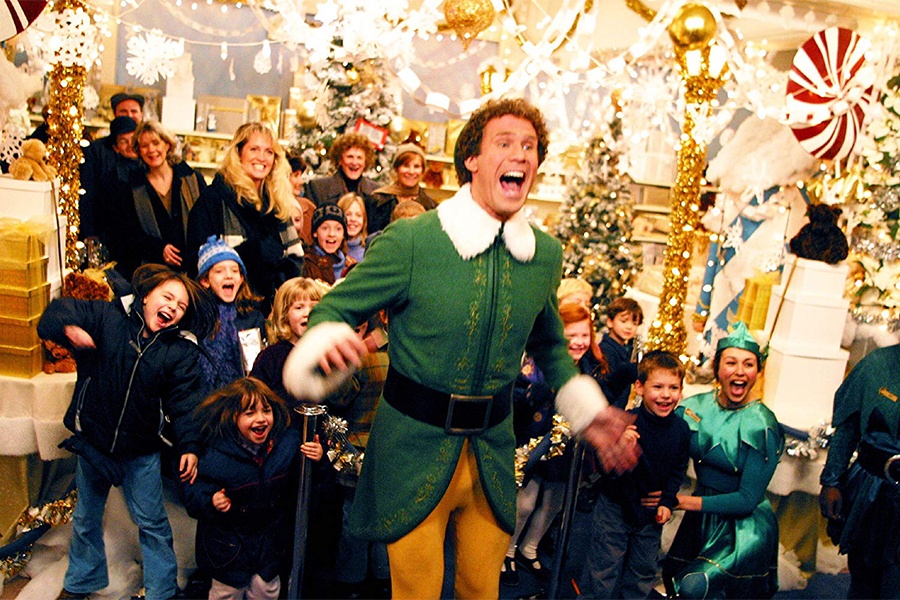 No need to hike the seven levels of the Candy Cane Forest to enjoy this holiday classic—just head to Brookline for a “Rewind!” screening at the Coolidge Corner Theatre. Then after the show, the fun continues at the Osaka Sushi & Steakhouse at an afterparty with local brewers. And after the party is the…Lincoln Tunnel?

This winter, experience the great outdoors from the comfort of the MFA’s Gund Gallery. Explore iconic American scenes, such as Wyoming’s Grand Tetons, thanks to a retrospective of 20th-century landscape photographer Ansel Adams. Also on display will be works from present-day photogs who riff on themes in his work.

This glittery take on the Charles Perrault tale continues to delight audiences, 61 years after its silver-screen debut. And after finally making its way to Broadway in 2013, the show starts a run at the Emerson Colonial this month. Watch as dreams come true and stepsisters get their just deserts—it’ll be a “Lovely Night,” indeed.

Fresh off the heels of successful Netflix and HBO ventures, Daily Show alum Michelle Wolf is up and at ’em with a national standup tour. Join Wolf as she lampoons everything from patriarchal double standards to global warming to instructional tattoos (“Shine,” “Remember the Alamo”). “Laugh” won’t be necessary.