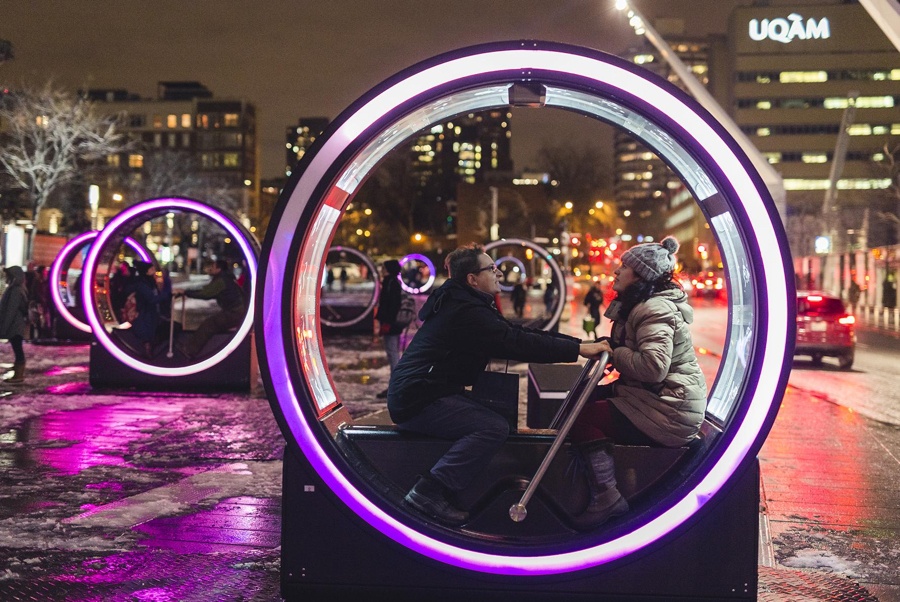 New art inspired by old-timey railway handcars, vintage cartoons, and neon, will be debuting in the Seaport on Friday—the latest quirky, brightly colored (and totally free to the public) attraction to land in the neighborhood.

Called Loop, the set-up on the One Seaport courtyard will be a group of glowing and rotating cylinders that, from a distance, look a lot like the wheels from Tron. Visitors are invited to step inside them, straddle a seat, grab hold of a handlebar, and start cranking it back and forth—the same way you might if you were propelling a handcar down train tracks. That, according to the artists, is when the magic happens. Moving the bar causes the wheel to spin, which in turn makes black and white cartoons come to life (in the style of a zoetrope, the 19th Century pre-film toy) while music plays. The whole thing speeds up if you crank the lever more quickly, and there is room for two.

They come to us by way of a Montréal-based production company called Ekumen, and the Canadian city’s Quartier des Spectacles Partnership. Here they are in action in Montréal’s Place-des-Arts:

Consider this an extremely Instagram-friendly must-try, especially for fans of the Seaport’s glowing seesaws that were such a hit last winter, or the colorful Air Sea Land statues that can be found along Seaport Boulevard. You can take them for a test-ride between January 11 and February 17.

Later this year, even more light-based art is coming to the neighborhood by way of Montréal. Look for Prismatica, a bunch of six-feet tall, multi-colored prisms, along Seaport Boulevard February 9-April 1. 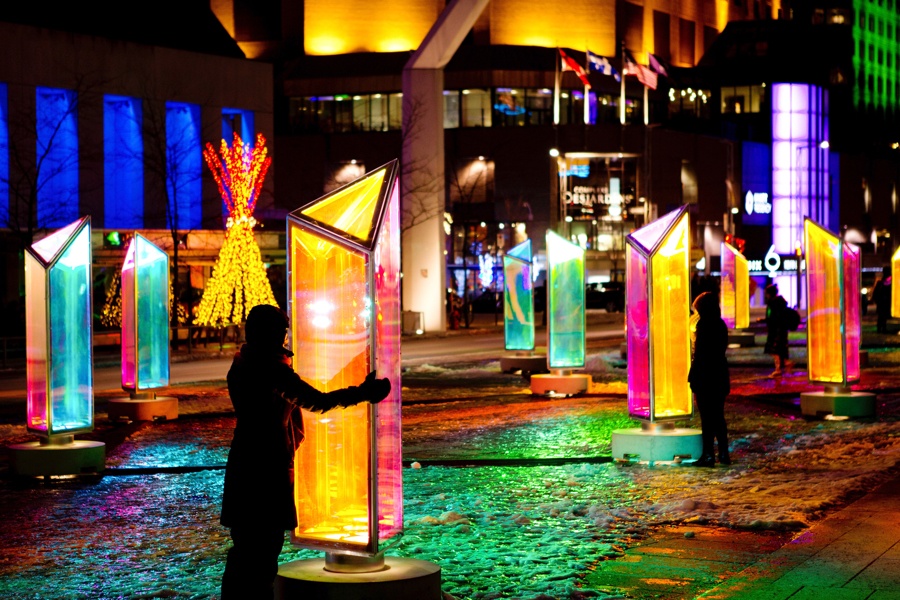