Your headliners are Travis Scott, Twenty One Pilots, and Tame Impala. 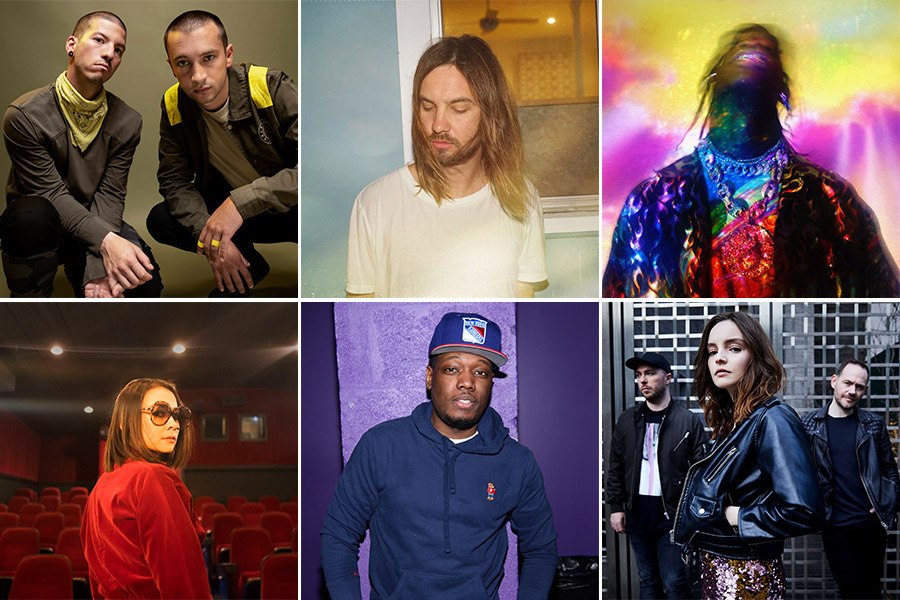 Update, May 1, 2019: Janelle Monae and Black Star will no longer be performing at the festival, and Chvrches, Lil Nas X, and others will replace them. The lineup has been updated below.

It seems like just yesterday Boston Calling was launching on City Hall Plaza with a few big names and a dream. But we’ve come a long way since 2013. The festival is now entering its tenth edition (not tenth year—remember how it used to be twice a year?), and has booked some big names to celebrate. The next iteration will again be at the Harvard Athletic Complex over Memorial Day weekend, and will feature a trio of T-named performers as headliners: Twenty One Pilots, Travis Scott, and Tame Impala. The comedy headliners will be Michael Che, Mass. native Jenny Slate, and Fred Armisen.

New this year will be a series of scheduled performances from the Boston Ballet (we’re wondering if the Nutcracker Bear will be involved), as well as a special performance from Imogen Heap. Per a press release, Heap will be presenting a spoken word performance that involves “her groundbreaking Mi.Mu gloves, a revolutionary technology that produces sound by capturing movement and hand gestures.” It’s her first performance in Boston in nine years.

Other highlights of the festival include performances from Mitski, and Anderson .Paak & the Free Nationals, as well as comedy appearances from SNL’s Melissa Villaseñor and 2018 Best of Boston comedian Lamont Price. As per usual, there will also be performances from a few local bands, so this year expect shows from Guster, Pile, Clairo, and Sidney Gish.

Special announcement day tickets are available now, so get ready to book your May 24-26. Here’s the full Boston Calling spring 2019 lineup, as well as which days you can see everyone.