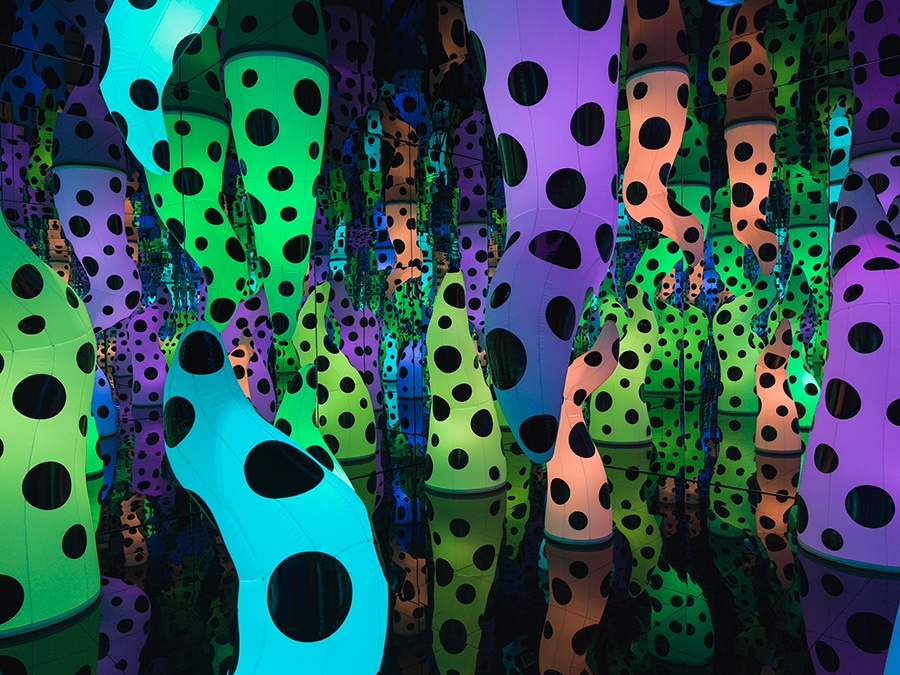 You know all those Instagram photos of mirrored rooms, packed with endlessly repeating polka dots, oblong tentacles, and points of light? One of them—the biggest one in existence, in fact—will be arriving in Boston this fall.

In another big get for the ICA, the Institute of Contemporary Art later this year will be the new home of an Infinity Mirror Room by  Yayoi Kusama, the enigmatic Japanese artist who has been one of the most fascinating voices in the art world for more than half a century, but whose fame has reached new heights in the age of the smartphone.

The room, designed in her Tokyo studio in 2013 and called LOVE IS CALLING, is a collection of psychedelic inflatable appendages, set up like stalagmites in a big box whose walls and ceilings are made of mirrors. Visitors will also be greeted by an audio recording of the artist reading a Japanese poem.

Why photos taken in a place like this might play well on Instagram is no mystery, and there are to date thousands upon thousands of selfies taken inside Infinity Mirror Room exhibits around the world. This one, according to an announcement from the ICA, is the largest of them all. It will be on display at the ICA “for years to come,” the institution’s Director Jill Medvedow says in an announcement. 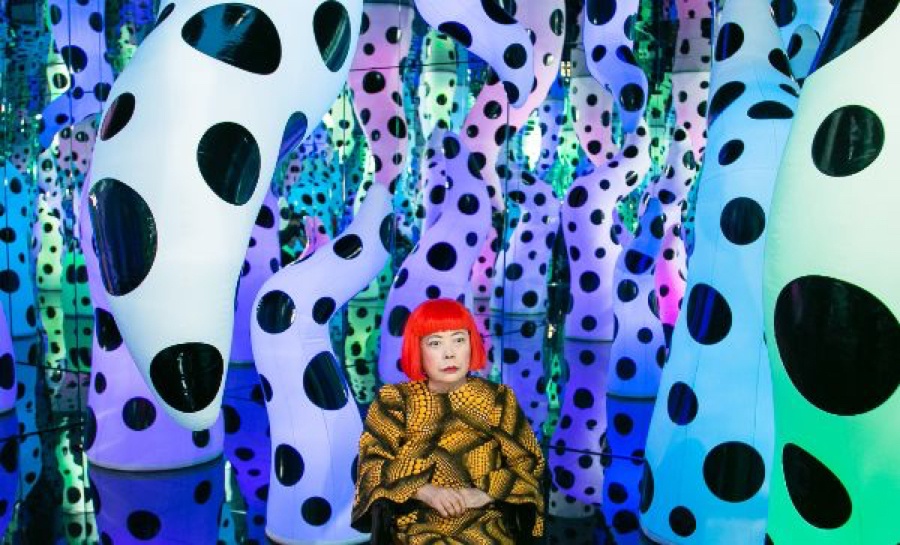 “LOVE IS CALLING showcases the breadth of the artist’s visual vocabulary—from her signature polka dots and soft sculptures, brilliant colors and the spoken word, to endless reflections and illusions of space and self,” Medvedow says in a statement. “We are very grateful to our generous donors who made this acquisition possible, and look forward to sharing this immersive experience with our visitors for years to come.”

Beware, though. You may have to be patient to get a chance to see it yourself. In other cities, visitors have reported a side effect of the #InfiniteKusama phenomenon: “infinitely long lines.”

The 89-year-old Kusama, who works in Japan and has, famously, lived in a psychiatric hospital for the last four decades, was featured in a 2018 documentary called Kusama: Infinity that explores her unusual life. After palling around with the likes of Andy Warhol in New York, it shows, the artist never quite got the recognition she deserves, and it argues convincingly that other famous artists ripped off many of her big ideas. Later in life, though, she has reached the top of her class: Her designs are now embraced in high fashion by Louis Vuitton, and in 2014, she sold a print for $7.1 million, the most ever for a work by a living female artist.

“Long ago,” Kusama told the Guardian in September, “I decided that all I could do was express my thoughts through my art and that I would continue to do this until I died, even if no one was ever to see my work. Today, I never forget that my artworks have moved millions of people all around the world.”

Update: An opening date has been set for Yayoi Kusama’s LOVE IS CALLING: September 24, 2019.