A kickstarter seeks $4,000 to fix the cheesy ending to the classic Boston movie. 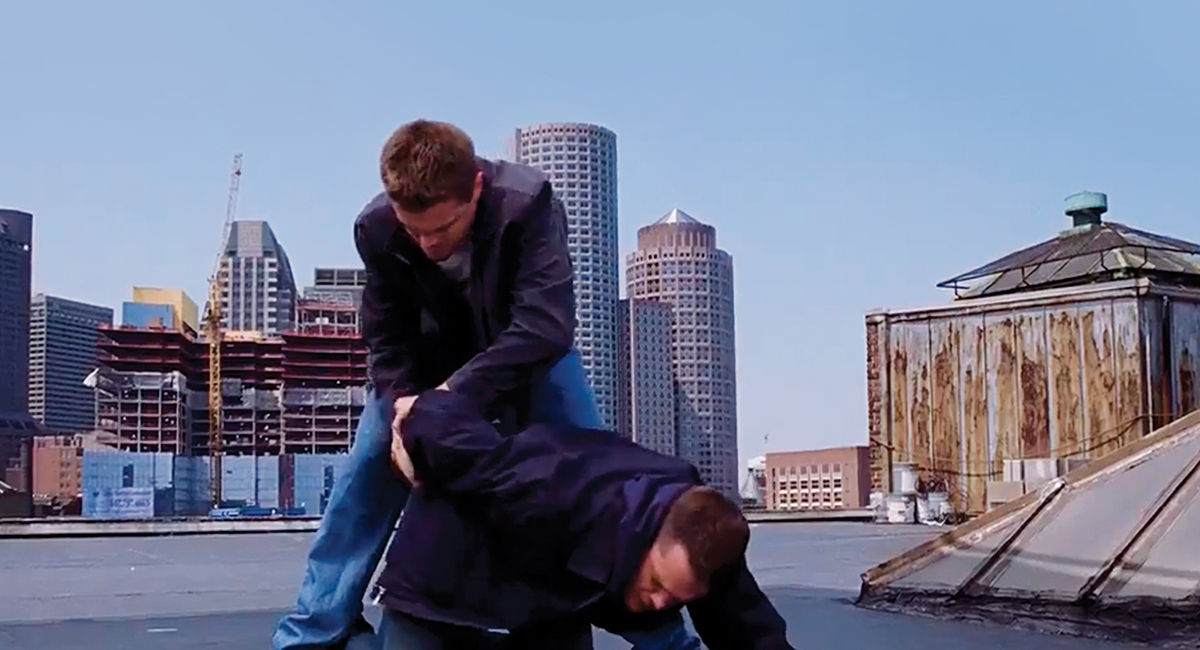 If you love the classic Boston gangster flick The Departed but hate the cheesy rat symbolism that marks the film’s extremely-not-subtle final scene, now you can finally do something about it.

The plot of the movie, you may recall, revolves around an FBI informant (or, “rat”) that has penetrated the ranks of a Boston gang. In its final scene, a rodent can be seen scampering across a railing, with the Massachusetts State House in the background. It’s hard to miss the point Director Martin Scorsese was trying to get across with the image, and in the eyes of Brooklyn-based comedian and director Adam Sacks, it sucks.

It’s “a painfully on-the-nose metaphor” that sullies an otherwise great movie, he says in a video for his new Kickstarter campaign, which seeks $4,000 in donations to raise funds for a convoluted mission “to digitally erase that stupid rat” for good.

I’m very excited to announce my new project: a Kickstarter to digitally erase the rat from the end of The Departed. https://t.co/VELdkqxBCu

This isn’t the first time viewers have complained about the ham-handed imagery, which William Monahan, who wrote the adapted screenplay for the film, has acknowledged. “A lot of people don’t like the rat at the end,” he told Today in 2007. He explains that the rat’s presence in the final was meant to follow in the footsteps of William Shakespeare and other playwrights, and provide the audience some comic relief after the film’s gratuitously bloody conclusion. “I tell ya, people would leave the theater feeling a lot different if it wasn’t for that rat,” he said at the time.

But to Sacks and others, it’s just dumb.

So why $4,000? His “simple 9 step plan” to accomplish this goal is anything but. It involves buying an official Blu-ray copy of the film and an assortment of video equipment (including a Blu-ray player, which he does not own), paying a visual effects artist to do the actual editing (for $599, to avoid having to file a 1099 form, which would be “just too much work”), then printing a new-and-improved version on real 35mm film. He then plans to digitally scan the film, convert it to a digital file, pay an intern to burn it onto Blu-ray discs and then finally, once and for all, view a rat-less Departed in the comfort of his own home. He plans to distribute 50 copies to donors who give $70 or more.

It is of course not uncommon for movies to get a digital upgrade after the fact. Sacks notes in his videos that both E.T. and the Star Wars movies have had new elements digitally added to them. “But unlike Lucas and Spielberg’s changes,” he says, “this will make The Departed a much better movie.”

Whether he’ll be allowed to bring his plans to fruition is an open question.

“Now of course any project as ambitious as this has its challenges. Mainly I don’t know if I’m allowed to do this,” he says. “But if I don’t receive a cease and desist letter, and we hit $4,000, it will happen.”

He’s even got plans teed up for a follow up project: “Digitally inserting the rat from The Departed into Ratatouille.”

Update: In just one day, the Kickstarter has reached its goal. The pest elimination company Terminix stepped in to help get it over the finish line, donating nearly $1,000 to the cause.