Her work on Black Panther earned her the category's first win for a black designer. 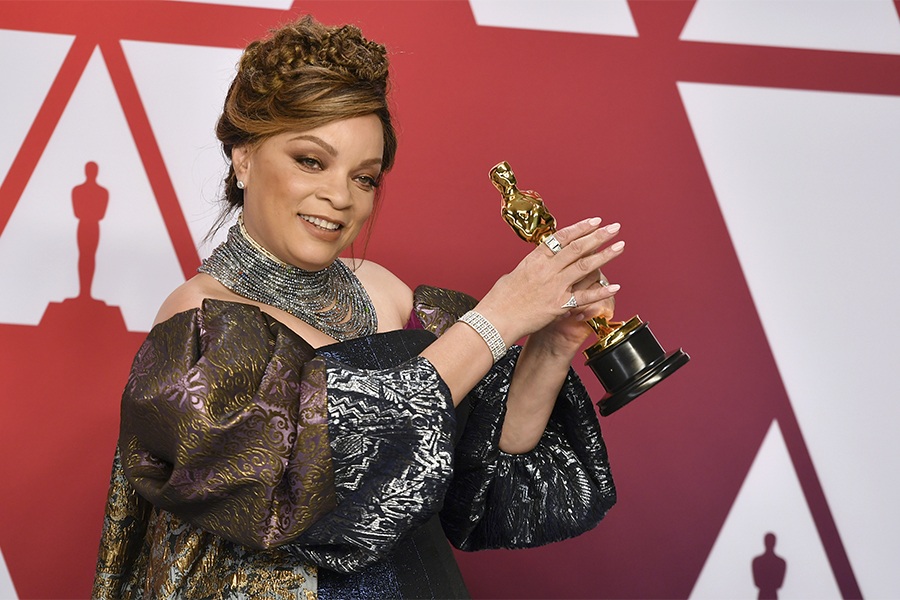 At least one Massachusetts mom was feeling pretty proud during last night’s Academy Awards ceremony. Springfield native Ruth Carter’s mother got to watch her win her first Oscar while simultaneously making history: It was the first award for costume design ever given to a black person.

“This is for my 97-year-old mother watching in Massachusetts,” she said in her acceptance speech. “Mom, thank you for teaching me about people and their stories. You are the original superhero.”

"Marvel may have created the first black superhero, but through costume design, we turned him into an African king!" #Oscars https://t.co/XQU450bcno pic.twitter.com/LxuEvZ2re7

Carter got her start working on Spike Lee’s Malcolm X in 1992, then continued with a costume design credit on Steven Spielberg’s 1997 Amistad. She thanked Lee while accepting her award, not knowing that he would win his own—his first—for the adapted screenplay of BlacKKKlansman later in the night.

Ruth Carter said this Oscar has been a long time coming. And she ain't lyin'. This woman is living Hollywood history. Spike Lee films to Black Panther and beyond! #Oscars pic.twitter.com/gbrb1T30Ao

“Marvel may have created the first black superhero, but through costume design we turned him into an African king,” Carter said in her speech. “It’s been my life’s honor to create costumes… thank you for honoring African royalty and the empowered way women can look and lead on screen.”

The costume design for the fictional Wakanda drew inspiration from African nations including South Africa, Ghana, and the Tuareg—and was created with absolutely no fabric made in Europe. Carter and Coogler imagined an Afrofuturistic world of fashion untouched by colonial powers and ended up with some of the most memorably dressed characters of the year. Don’t worry, if you somehow missed it in its months-long run in theaters, you can now catch Carter’s masterpieces on Netflix.

Only 3 black women have won Oscars for anything other than acting. 2 of them just happened tonight.