A Huge New Music Venue is Coming to Brighton

The Bowery Presents announced plans for a 3,500 person space in Boston Landing. 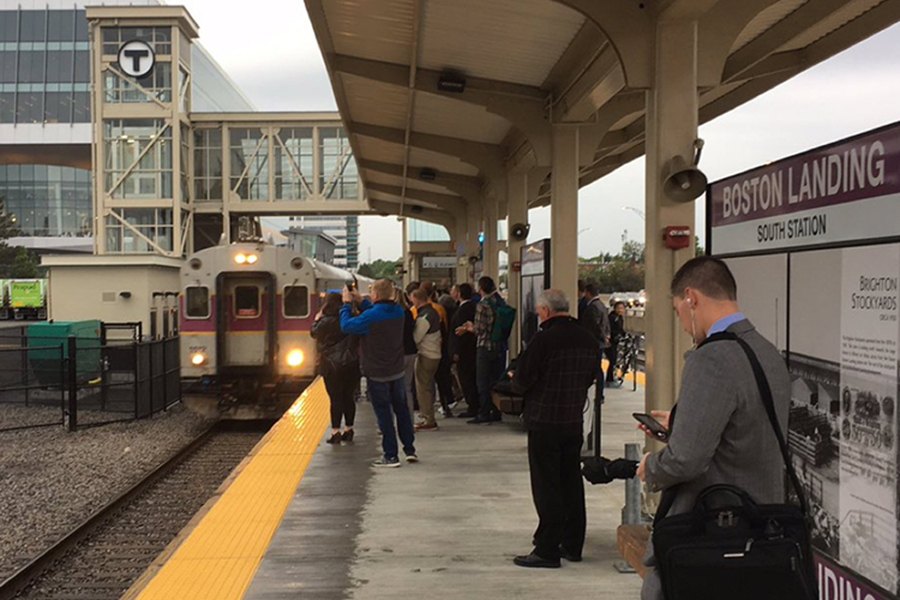 Boston music fans, rejoice! Today concert promotion company the Bowery Presents announced plans for a new music venue at Boston Landing. The general admission venue will accommodate 3,500 people, and will serve as an anchor for “the TRACK at new balance” development in Boston’s Allston-Brighton neighborhood, which hosts restaurants, bars, and shops.

“We are proud to be part of the fabric of the Boston music community, and we are excited to continue our growth as part of New Balance’s new development at Boston Landing,” said Jim Glancy and John Moore, partners at the Bowery Presents, in a press release.

This new venue will expand their already significant presence in Boston’s music scene, which includes the Royale, the Sinclair in Cambridge, and Great Scott, along with other theaters and arenas throughout the northeast. The unnamed venue will be the firm’s largest Boston setting so far, and bodes well for their ability to bring some big name artists to Boston soon.

The Boston Landing location is a development in Brighton that sits on 15 acres along the Mass. Turnpike. The former industrial area, which served as the largest stockyard in the region, is now home to New Balance headquarters, a Bruins Practice and Training Facility, and the Celtics Practice and Training Facility. This new venue will join other retail and entertainment spaces in the development.

The group plans to break ground on April 1, with an anticipated opening for Boston’s newest venue in Fall 2021. A name and more details will be revealed later.