Decades of Gender Bending Fashion Are Coming to the MFA

From the runways and red carpets to the everyday rebels, explore the long history of designers and wearers who rewrote the rules of gendered fashion. 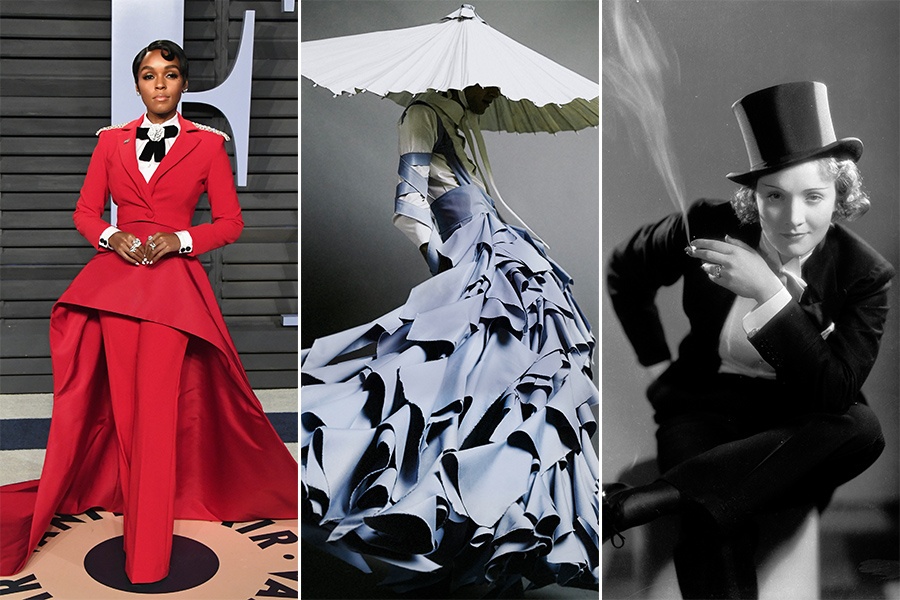 Gender Bending Fashion, a new exhibit coming to the MFA this spring, will explore decades of fashion that have challenged the gender binary. / Courtesy, Museum of Fine Arts, Boston

Long before Billy Porter donned his tuxedo-gown hybrid on the 2019 Academy Awards red carpet, game-changers and rule-breakers on the stages, screens, and streets have been pushing the boundaries of binary fashion. Nearly nine decades ago, actress Marlene Dietrich scandalized with her tuxedo-clad performance in the 1930 film Morocco. Some 40 years later, rocker David Bowie made his name by embracing androgyny, sporting a dress on his 1970 The Man Who Sold the World album cover.

Needless to say, sartorial icons throughout history have continuously rebelled against the traditional expectations of feminine and masculine dress, and the Museum of Fine Arts is ready to celebrate them. Gender Bending Fashion, a new exhibit coming to the MFA this spring, will examine how the gender binary in dress has been challenged for over a century, and how today more than ever, designers, celebrities, and everyday people are disrupting the rigid expectations of gendered fashion. 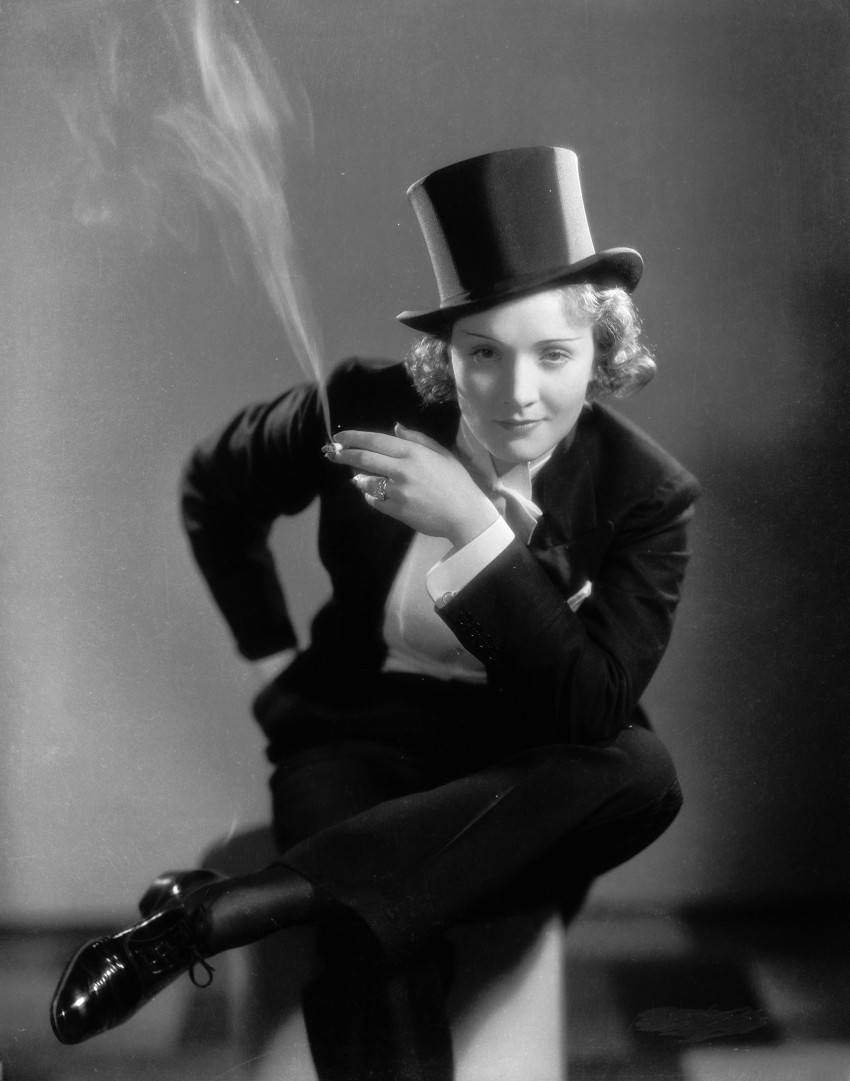 For the exhibition’s curator, Michelle Finamore, Penny Vinik Curator of Fashion Arts, Gender Bending Fashion is about marrying “these moments in the past where gender binaries and gender boundaries have been blurred or disrupted,” with the present day conversation around gender expression. Expect the millennial and Gen Z approach to “the idea of gender on a spectrum” to play a big role in what you see. The exhibit also considers how this modern day perspective is influenced by pop culture figures, and how in turn, these updated attitudes toward gender influence what designers are putting on their runways.

Gender Bending Fashion is divided into three sections: disruption, gender blurring, and transcend. Throughout the multimedia exhibit, visitors will find fashion pieces, photographs, paintings, posters, record albums, and runway video footage. In addition, guests can check out a historical timeline of gendered fashion, or visit the Fashion and Gender Thinkspace, which will feature a reading library and additional resources. 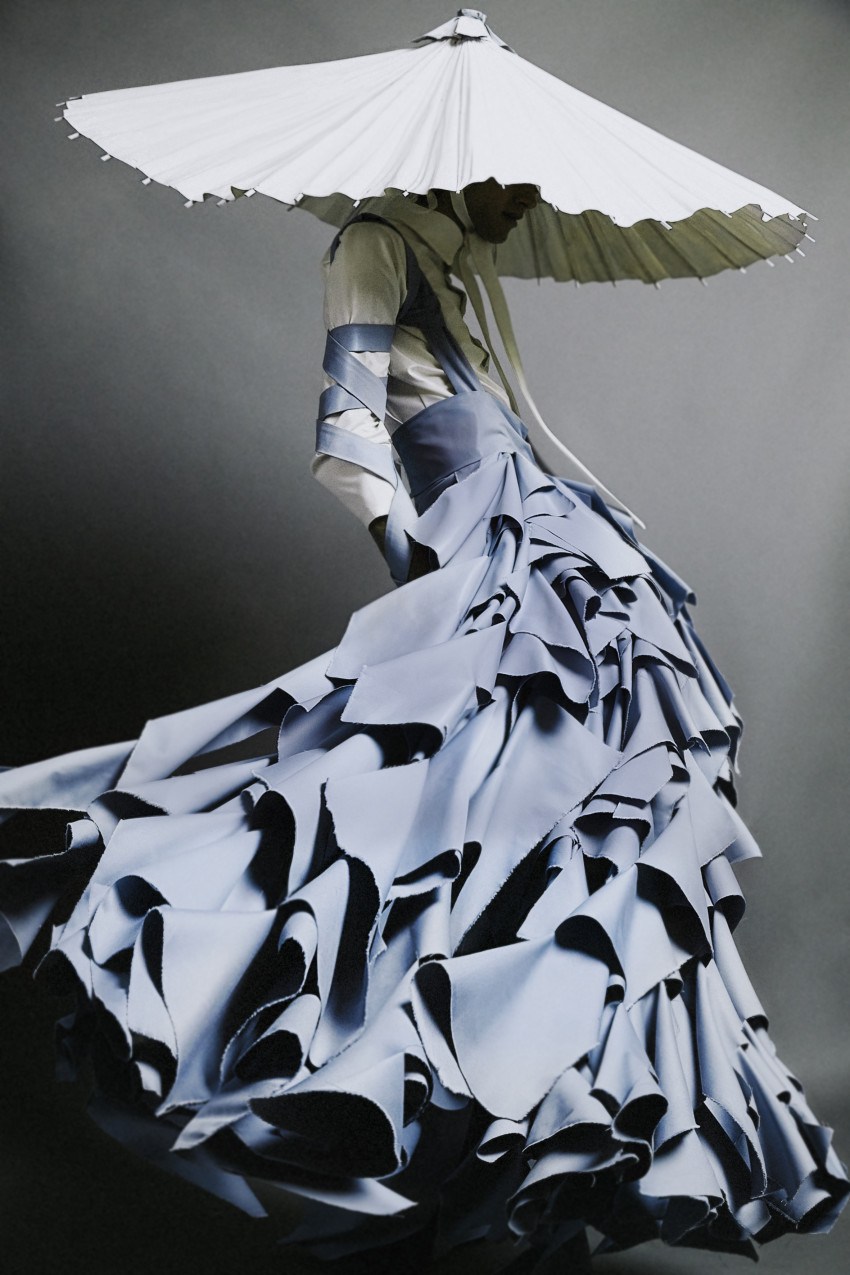 The exhibit’s first section, “disruption,” will focus on the gender-binary-defying moments in history, and the cultural revolutions that have challenged the long-held Western standard of “the suited male” and “the skirted woman.”

Meanwhile, “gender-blurring” will draw attention to the times where the line between masculine and feminine fashion became more ambiguous. Take something as simple as riding a bike. When women first took to the handlebars in the late 19th century, it not only provided them with newfound independence but warranted new standards of female fashion, like shorter skirts and (gasp!) bloomers that more closely resembled the pants worn exclusively by men at the time.

And lastly, the exhibit’s “transcend” section turns to the present day, engaging with four contemporary designers who are at the forefront of gender fluid fashion. 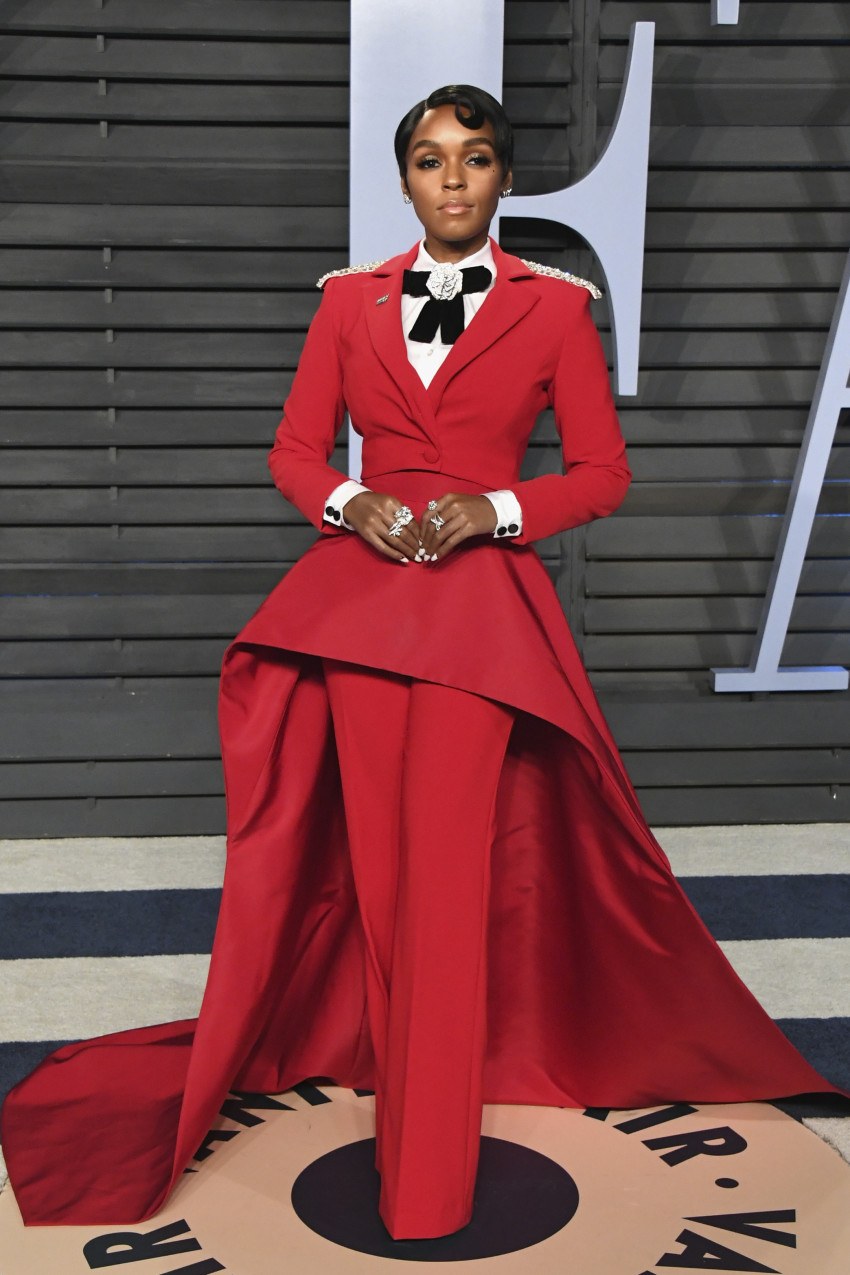 And while well-established designers like Alessandro Trincone, along with prominent modern-day celebrities like Janelle Monáe (who Finamore describes as “a contemporary Marlene Dietrich”) have a presence throughout the exhibit, Finamore and the MFA wanted to include the lived experiences of your everyday “people of the street,” and in particular, “Boston people of the street.” Through a social media callout, the MFA invited New Englanders to share their everyday gender-bending style for a chance to be featured in the exhibit. From the submissions, ten people were chosen to have their style highlighted in the gallery.

Does your everyday style challenge conventions of gendered clothing? In March 2019, we’re opening #GenderBendingFashion, an exhibition that will look across a century of boundary-pushing designs, from high fashion to streetwear, that upend traditional ideas about men’s and women’s garments. The show will highlight both designers and wearers—and we’re looking to feature individuals from Boston and New England. . Tell us about your gender-bending style. Share your experience by emailing us at genderbendingfashion@mfa.org. You could have your portrait taken by local photographer @allyschmaling and be featured in the exhibition. . Whether a personal essay, a video or a poem, the format is entirely up to you. Just be sure to include your name, town, and a snapshot (phone photos are OK!) in your email and send it to us by November 30. We look forward to hearing from you. . 📷: Anthony, Damon, Maya, Christian and Neemz, photographed by @allyschmaling . Link in profile for more details.

It’s fitting, too, that the museum took to Instagram for inspiration, incorporating content from the world of social media to highlight a fashion phenomenon Finamore says is largely influenced by these digital spaces.

“Social media has really changed the game in terms of having a space where you can really express yourself in a very individual and distinctive way.” says Finamore, “And I think that has definitely pushed the envelope, as well.”

She hopes Gender Bending Fashion can serve as an introduction “into what the present dialogue is, what it means to these wearers and designers, and how the idea of gendered fashion has always been challenged in some way in the past and is certainly being challenged more than ever before.” With its bird-eye view of the history of gendered fashion and the people who revolutionized and rewrote the narrative, this exhibit invites you to get dressed with a new perspective. Like the saying goes, the rules of fashion are meant to be broken.