Our exclusive guide to the best spring 2019 arts events in the city, from an Amanda Palmer concert to a Juneteenth speech by Ayanna Pressley. 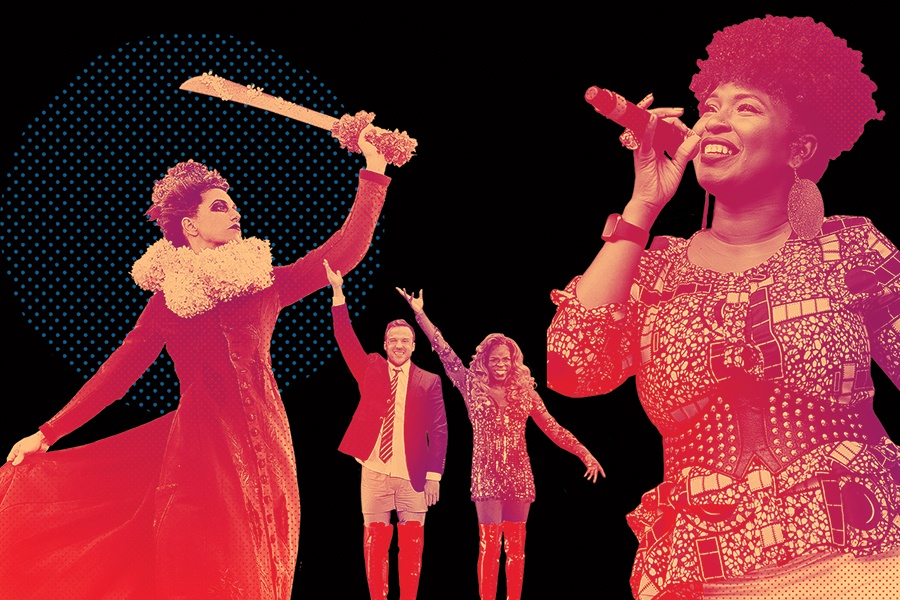 “Toulouse-Lautrec and the Stars of Paris”

This sweeping retrospective on Henri de Toulouse-Lautrec puts more than 100 of his pieces on display, including the well-feted Moulin Rouge advertorials featuring his friend and muse, dancer Jane Avril. Drawing extensively from the Boston Public Library’s massive print collection, “Stars of Paris” also marks the first collaboration of its kind between the iconic institutions.

MacArthur fellow Claudia Rankine continually wows fans with plays that probe issues of race, most recently White Card, staged by Arts-Emerson and the ART last year. Boston-born choreographer Will Rawls, meanwhile, has explored the role of blackness in dance’s power and form for decades. In this partnership, they combine their skills to interrogate the everyday anxiety of being black and how every word and movement is interpreted in a culture of surveillance.

Hold on tight, pearl clutchers—Paula Vogel and Rebecca Taichman’s Indecent is heading to the Huntington. Based on Sholem Asch’s 1907 play, God of Vengeance, which featured a love affair between a brothel owner’s daughter and a prostitute, this play-about-a-play explores themes of immigration, anti-Semitism, and homophobia—all still hot-button issues today.

It’s been six-plus years (but who’s counting?) since Amanda Palmer’s last album, and given the success of her crowdfunding campaigns, the people are ready for more AFP. And they shall receive: On tour for her new album, There Will Be No Intermission, Palmer ditches backup musicians in favor of a grand piano played by hers truly. “It isn’t coincidental given the content of the record,” Palmer told Boston earlier this year. “This is the most stripped-down, intimate, honest record I’ve ever written.” 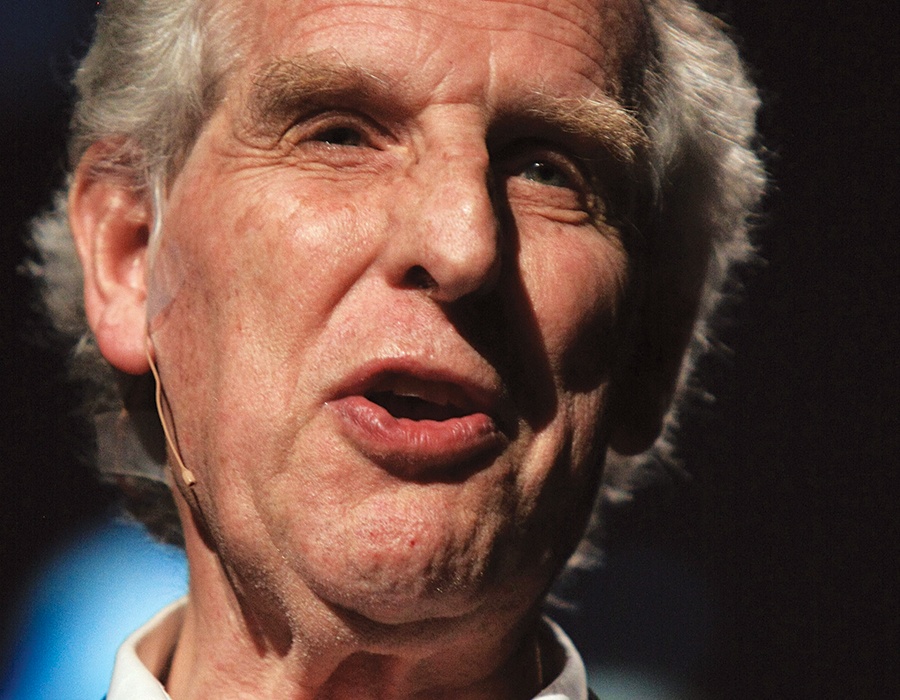 Mahler as It Was Meant to Be

As Boston Philharmonic conductor Benjamin Zander wraps up his 40th-anniversary season, he reflects on a lifetime of making music.

You have an interesting theory, which is that anyone can appreciate classical music.

I go even further. I say everyone loves classical music. They just don’t know about it.

That sounds wonderfully optimistic, but then again, you’re known as a bit of an optimist. Where does that come from?

I get it from my parents. For example, when I was nine I wrote some compositions, which is not so extraordinary, and my mother put them in the local arts festival, and a famous composer came down from London to adjudicate. He held my compositions in the air and said to the assembled company: “These are so bad that I can’t consider them at all for the competition.” My mother was completely bewildered. She took the compositions and the remarks by this composer, and sent them to Benjamin Britten, who was the most famous composer England had ever had. And four days later, the telephone rang, and it was Benjamin Britten. He said to my mother, “Your son’s only nine years old; don’t worry. And why don’t you come and spend your summer holidays with me?” And so for three summers, the family went and he became my teacher, and my mentor.

And you’ve been making your own luck ever since?

Many of the things that happen in all our lives come as a result of something that we thought was bad. When something goes wrong, like a divorce, the question is, What next? What we normally do is called the downward spiral: the upset, the anger, the fear, all those emotions. With Roz, my former wife, the path we’ve been on—and which we wrote a book about, The Art of Possibility—has been one of developing a philosophy and practice of always seeing the next path.

Do you have a favorite place in Boston?

What’s the most significant way Boston has changed since you’ve lived here?

What do you think your legacy will be?

It’s a very interesting question. I’ve made Mahler understandable and lovable to vast numbers of people through my explanation and performances, which have been very, very highly regarded. Then I’ve taught three generations of musicians. And I think the work that I’ve done talking to corporations and leaders has had a huge impact. I’m excited about many aspects of what I feel I’m leaving, and what I am still doing because I’m not finished. I get a lot of letters from people I taught 25 years ago, saying we did this or that and I’ve never forgotten. You never know where the impact is going to be. That’s the joy of this world we live in. I don’t think bank managers get those kinds of letters.

Take a break from multiplex fare and instead grab tickets to the 17th annual Independent Film Festival Boston. Coming to you from the Somerville, Brattle, and Coolidge Corner theaters, IFFBoston offers a wide anthology of indie and locally produced films—plus acclaimed directors, writers, and actors as special guests. 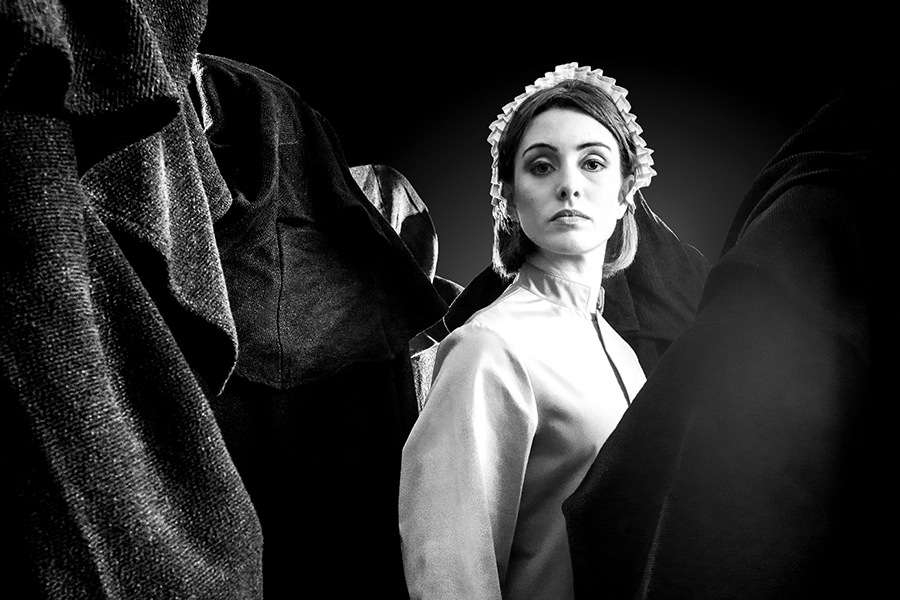 Seeing (Off)red: The Handmaid’s Tale gets an operatic turn this spring. / Courtesy photo

Ladies to the front! Boston’s 10th annual Women in Comedy Festival will make you choke on your Dunks with laughter thanks to a roster of local comediennes and powerhouse performers such as Phoebe Robinson and Nikki Glaser. And with partners like HBO, NBC, and Showtime’s Frankie Shaw, WICF also includes shorts contests—plus, new this year, a live “Pitch Your First Five Pages” competition. “We want people to feel empowered by the opportunity to be seen by the industry, as well as with more women on stage,” says festival coproducer Eafat Newton.

Itching for season three of The Handmaid’s Tale? Until it drops, immerse yourself in the patriarchal dystopia—now featuring tunes!—courtesy of Boston Lyric Opera’s production of the Margaret Atwood novel turned hit TV show. Set in Boston and Cambridge, the Anne Bogart–directed opera faithfully follows Atwood’s story of oppression, defiance, and head coverings, all set to a haunting score by Poul Ruders.

Get your platforms ready—Kinky Boots is coming to town, and it’s bringing the Broadway trifecta: high energy, high notes, and high heels. With songs by Cyndi Lauper, this Tony-winning hit will make you just want to have fun (and maybe track down your own pair of lace-up glitter boots). Join Charlie Price and Lola on their adventure from Northampton, England, to Milan as they seek to save the shoe business, one stiletto at a time.

Proving that The Scarlet Letter will never cease to be relevant, Granite State author Abi Maxwell’s The Den tackles an apparently eternally taboo topic—women having sex. Set in the same New England town but 150 years apart, Maxwell imagines two sets of sisters, both separated after the older sister becomes intimate with a local man and then vanishes.

Out May 14, Penguin Random House, $26, penguinrandomhouse.com.

Boston’s homegrown music fest returns for another weekend of top-of-the-class acts, Insta photo ops, and all-around good vibes. With its signature mix of new and familiar faces (big ol’ welcome backs to Janelle Monáe, Mitski, Hozier, and Saturday headliner Tame Impala, among others), there’s nothing about BC10 we’re not looking forward to. Our only request: that Area Four’s pulled-pork knots also return to headline our dining options.

Need some musical healing? Grammy-nominated singer-songwriter-activist Maimouna Youssef, a.k.a Mumu Fresh, has you covered. Having performed around the world with musical giants such as Common, Sting, and Erykah Badu, the global artist is now coming to the Gardner Museum and bringing Dom Jones and SublimeLuv as openers. 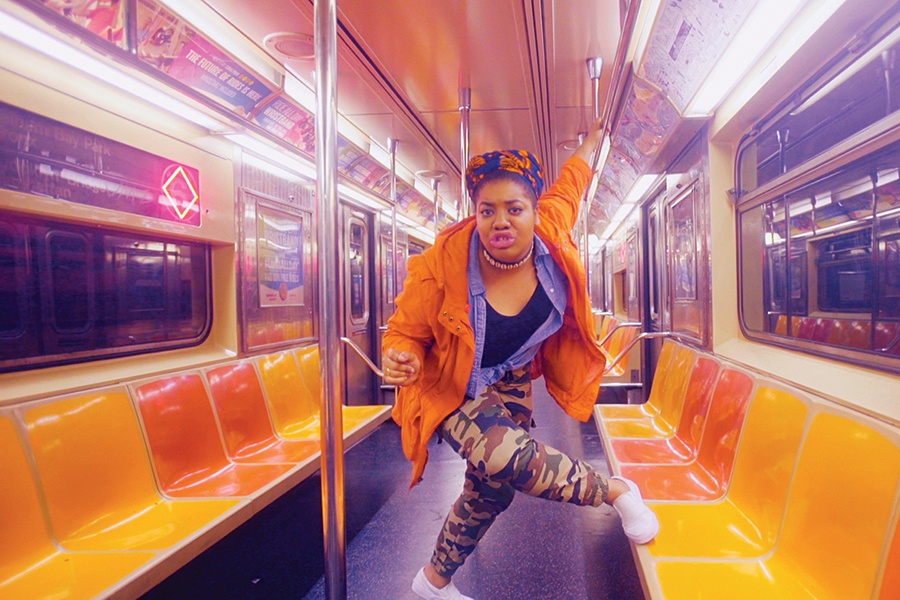 A still from the documentary Don’t Be Nice, screening at RoxFilm 2019. “Oftentimes,” says festival director Lisa Simmons, “you’re not going to see these films anywhere else.” / Photo by Ashley Octo

Norman Rockwell was one of America’s most popular painters by 1969, thanks, in part, to his countless magazine covers for the Saturday Evening Post. That’s when he helped establish this Stockbridge museum that now houses about a thousand of his works: To celebrate this semicentennial, the institution is staging three new exhibitions, two on Rockwell and one that pays homage to major events in that seminal year, including the nearby Woodstock rock festival.

Make your way to the MFA for a night of thought-provoking discussion, stunning art, and community all in celebration of Juneteenth—the nation’s oldest commemoration of the end of slavery. Open to guests of all ages and backgrounds, the night’s schedule will feature remarks from Congresswoman Ayanna Pressley alongside interactive presentations from local artists and tours of the museum’s exhibitions.

Grab your tissues: Boston author Marjan Kamali’s second novel channels love in the time of coup d’états. Set among the political upheaval of 1950s Tehran, The Stationery Shop follows teenager Roya as she discovers the power of love, loss, and then, decades later, fate. And did we mention you’ll need tissues? “This book broke my heart again and again,” says The Age of Light author Whitney Scharer. Ours, too.

Another show, another throwback moniker: Fresh off her Netflix special, Nanette, Aussie comic Hannah Gadsby returns with a brand-new show, Douglas. And true to her slow-burn style, Gadsby’s reluctant to reveal details about her first-ever U.S. tour (except that it’s named after her dog and she’s banning cell phones in the audience). Still, given Gadsby’s history, the show’s bound to end with some serious fireworks.

Break out the champagne! This June, the Roxbury International Film Festival celebrates 21 years of promoting culture, artistry, and community through film, with 10 days of screenings and workshops at local venues. The official lineup isn’t out yet, but we know RoxFilm likes to honor landmark films within the POC community: In 2018, it celebrated the 30th anniversary of the Eddie Murphy hit Coming to America. This year will be no different, organizers promise, as they look to screen another classic. (They won’t confirm or deny, but between us, Spike Lee’s Do the Right Thing came out in 1989….)

Bop queen Ariana Grande has set a new precedent for both superstardom and hustle: In the past few months alone she’s dominated the Billboard charts (she owned songs one, two, and three in February) and released two banger-packed studio albums. And honest to God, knock us out—after performing in Boston in March, she’s coming back for an encore this June.