In Boston, You Can Claim the Iron Throne at Primark This Weekend

Shoppers can pose for pictures with a replica of the Game of Thrones prop on Friday and Saturday. 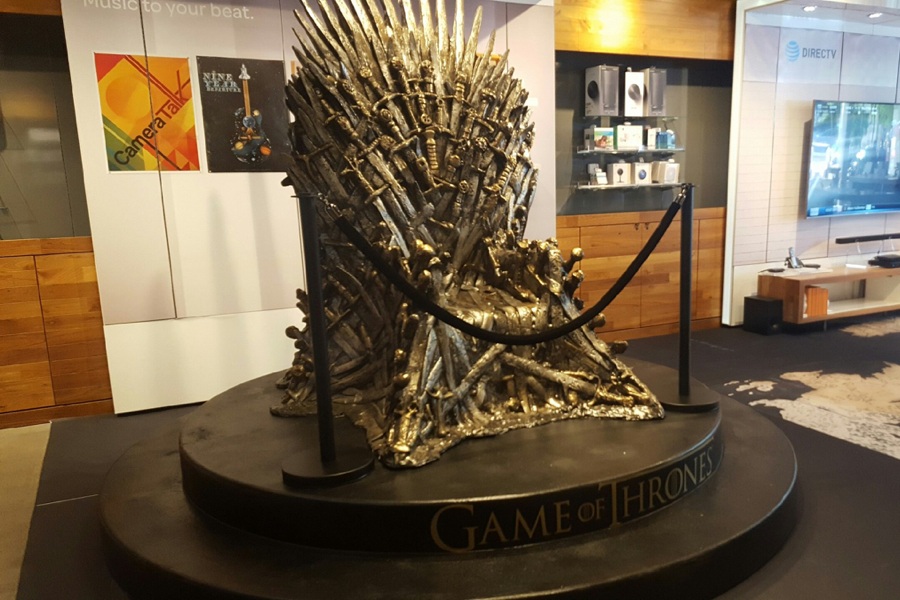 As Game of Thrones fans know, the warriors and backstabbers of Westeros would do just about anything to sit on the Iron Throne, the imposing chair made out of literal swords that is the domain of whoever controls the Seven Kingdoms.

But here in Boston, you can seize it—and get yourself some hearts on the ‘Gram—just by showing up at Primark.

This weekend, to celebrate the return of the wildly, insanely popular show, the discount clothes store in Downtown Crossing will be home to an HBO-approved replica of the throne. It’ll be there Friday beginning at 9 a.m., and then on Saturday from 12 p.m. to 4 p.m., according to an announcement on Facebook.

At the store, visitors can snap photos with the prop or record a .gif of themselves, presumably swinging a sword and whatnot. The first 50 who show up dressed in GoT-style costume will get a Game of Thrones Funko figurine, and posting a pic to Instagram using the correct hashtags will get you a shot at winning “Primark’s GoT season premiere survival kit.” It’s not clear what’s in the kit, but Primark has a line of GoT items in its stores that includes T-shirts, sweaters, pendants, shot glasses, and other merchandise.

To be eligible for the contest, you have to be 18 years old and “dressed partially or fully in costumes representing a character from” the show, the company says in the Facebook post, adding, “All decisions of Primark staff are final, including as to what constitutes a GoT© costume.”

The Iron Throne will also make an appearance in Boston on Monday at Fenway Park for Game of Thrones night, where a handful of fans will get to sit on it. The Throne was also recently incorporated into a line of MLB bobbleheads, which means that if you really want it, you can have a little King Wally on your desk.