The festival says the Black Star rapper's version of events is "factually incorrect." 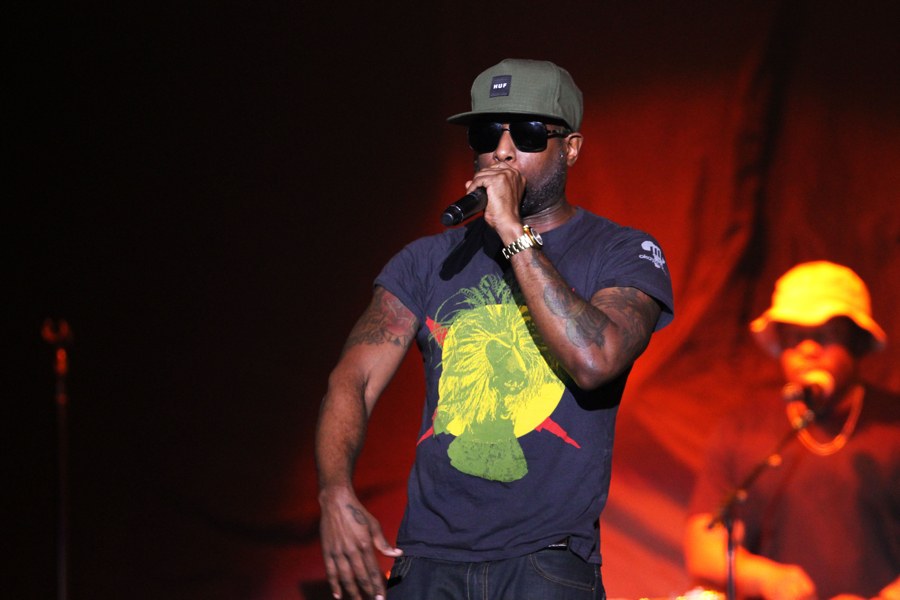 Talib Kweli performing at The Arena at Gwinnett Center on Friday, Nov. 22, 2013, in Atlanta. (Photo by Robb D. Cohen/Invision/AP)

Boston Calling is disputing claims from artist Talib Kweli about why his rap duo Black Star dropped out of the 2019 festival, calling them “factually incorrect.”

The performer, who co-founded Black Star with rapper Mos Def, said in a tweet Tuesday that the pair decided to bow out after the festival declined to pay half the group’s fee up front. His claim came in response to a tweet from a fan who was upset the group would no longer be performing in Boston.

“It’s simple,” he wrote. “Black Star asks for 50% deposit in order to guarantee a show. Boston Calling refused to pay that. So we had to cancel.”

It’s simple. Black Star asks for 50% deposit in order to guarantee a show. Boston Calling refused to pay that. So we had to cancel. They replaced us with Lil Nas X. Enjoy! https://t.co/YWhSZFPoEg

But Boston Calling disputed that account in a tweet from its official account. “The comment from Talib Kweli regarding Black Star’s cancellation is factually incorrect,” the festival wrote in a reply, adding, “We wish him and Black Star the best as they continue their successful careers.”

The comment from Talib Kweli regarding Black Star’s cancellation is factually incorrect. We wish him and Black Star the best as they continue their successful careers.

The tweet prompted another response from Kweli, who doubled down: “No it’s not. We asked for half. Y’all said no. Prove me wrong.”

No it’s not. We asked for half. Y’all said no. Prove me wrong. @bostoncalling https://t.co/f14fI90TeU

A Boston Calling spokesman said the festival does not discuss artists’ contract agreements with the media, but stood by its tweet.

We reached out to Black Star for comment, but didn’t hear back.

The festival first announced Black Star would not perform in March, chalking the change up to “unforeseen circumstances.”

The weekend of Boston Calling, the group is scheduled to perform at the Summer Camp Music Festival in Illinois.

Other changes ahead of the Memorial Day weekend event include the departure of Janelle Monae, Sasha Sloan, and Young Fathers. On Monday, Boston Calling revealed Lil Nas X, creator of the viral sensation “Old Town Road,” will be added to the lineup, as will artists Betty Who, Chvrches, and Bear Hands.

We’ve had to make some changes and wanted to make sure our new lineup is clear. We’re sad that Sasha Sloan, Janelle Monae, Black Star and Young Fathers can no longer play, but we are excited to add Lil Nas X, Betty Who, Chvrches, Bear Hands, and an arena DJ set from Snakehips! pic.twitter.com/jbhIy42wa3